Home » Travel » Would you trust him to fly your plane? Pilot pranks passengers with blind stick

The unidentified man, whose airline employer is unclear, was spotted in uniform walking through a busy airport with the use of a white stick. 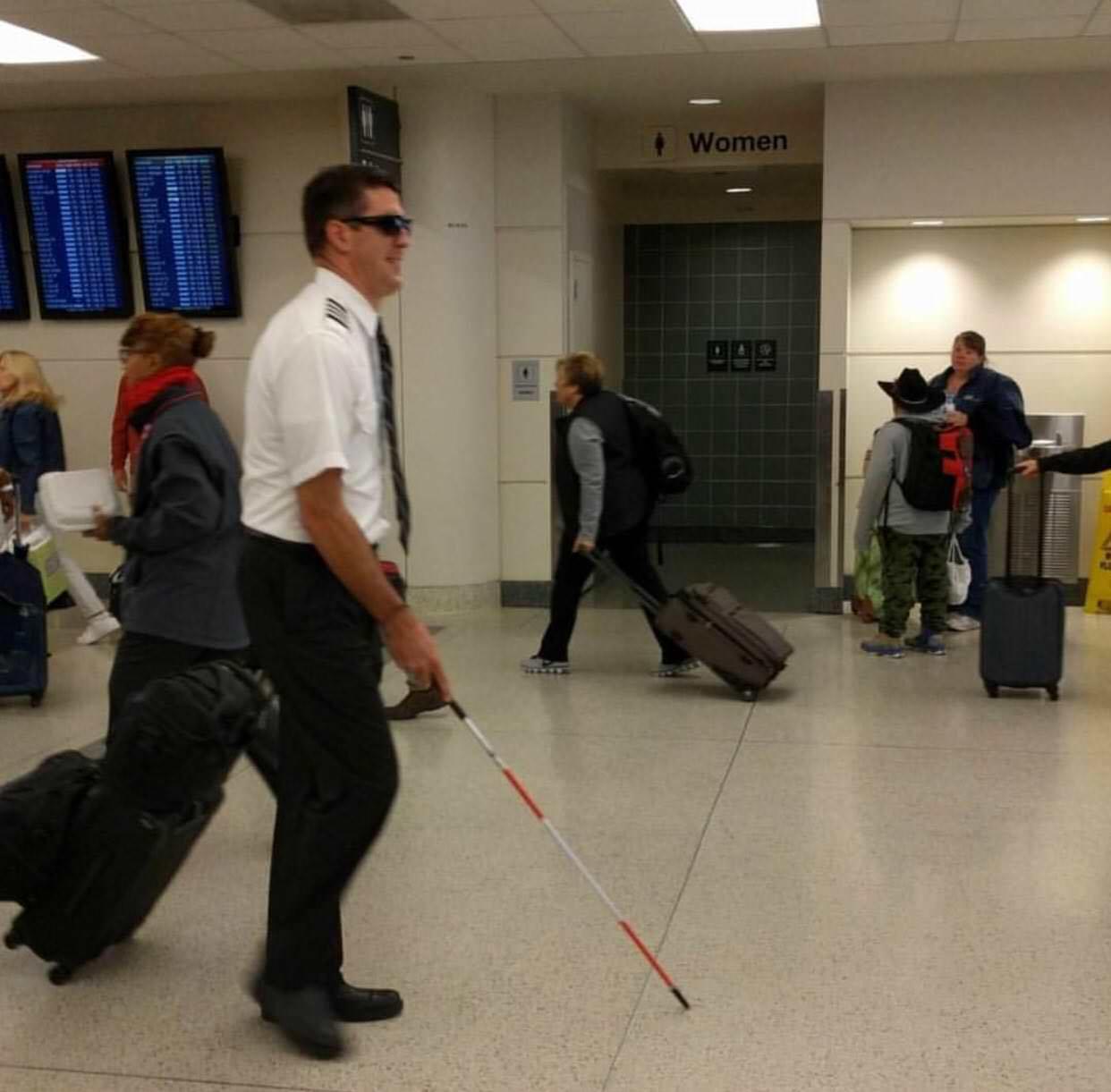 The image was shared on Reddit by a poster who goes by the username Whitlow14, who said: "We can all appreciate a pilot with a sense of humour."

According to Whitlow, the prank was undertaken by a pilot at Halloween, so it could also have been a normal member of the public with a very realistic pilot's uniform.

Since the image was shared, it has already been liked 20,000 times on the online forum.

But some people were less than impressed with the prank, with one user saying: "In poor taste … no professional pilot who worked for a major airline – or reputable airline would do such a thing."

Pilot pranks can often fall on deaf ears, like the easyJet captain and co-pilot who were recently caught playing on Snapchat at 30,000ft.

Luxembourg-based captain Michel Castellucci has been given the boot by the budget airline after its chief executive branded the incident "very disappointing", while the co-pilot resigned before he could be axed.

More pilots’ reckless cockpit games were also exposed in the days following the Snapchat revelations, with pilots sharing images on Instagram with the hashtag #autopilotandchill.