Home » Travel » Video: Train vs plane in a race from London to Edinburgh 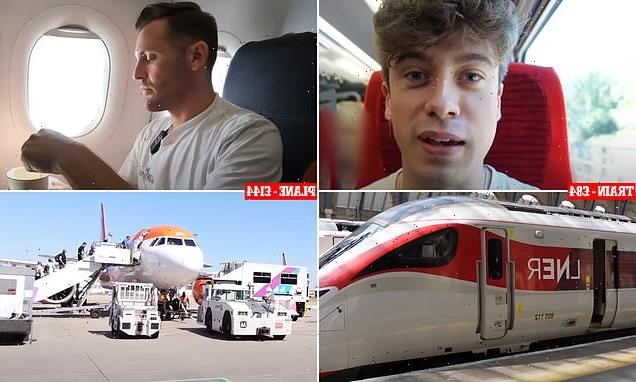 Train vs plane from the English to the Scottish capital: Travel experts film a fascinating race between a 125mph LNER Azuma and an easyJet Airbus A320 from London to Edinburgh

London to Edinburgh has long been one of the UK’s classic rail journeys, heavily romanticised by the Flying Scotsman and today a 400-mile route serviced by state-of-the-art 125mph electric trains.

They’re an understandably popular option to reach the capital of Scotland – Time Out’s ‘best city in the world 2022’ – from the capital of England. Their hottest competition? Undoubtedly the plane, with hopper flights whisking passengers from the south and over the border in around an hour once airborne. Both modes of transport have their devotees – but which is quickest?

Travel experts from The Points Guy UK decided to find out, filming a fascinating race between an East Coast Main Line LNER Azuma train and an easyJet Airbus A320. The race began at the Tower of London, with the chequered flag at Edinburgh Castle. 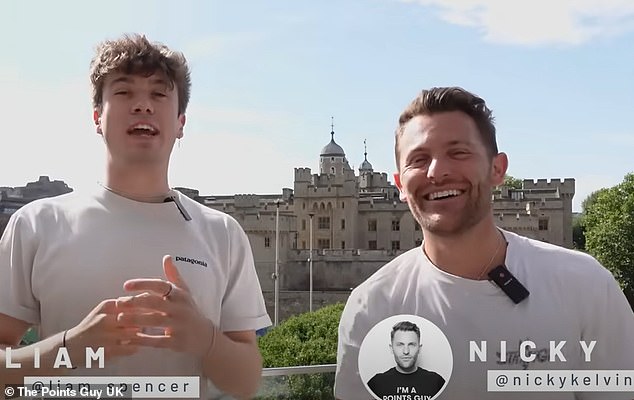 Travel experts from The Points Guy UK – Nicky Kelvin and Liam Spencer – filmed a fascinating race from London to Edinburgh between an East Coast Main Line LNER Azuma train and an easyJet flight. Liam and Nicky are pictured above at the ‘start line’ – the Tower of London

Racing the plane was Head of The Points Guy UK Nicky Kelvin, who splashed out £144 for an easyJet flight to Edinburgh from Luton Airport Parkway.

His journey began with a Tube to Farringdon, where he hopped on a Thameslink train (£28) to the airport.

After disembarking in Edinburgh he spent £6.50 on a tram to the city centre.

He told MailOnline Travel: ‘This was by no means the cheapest way of getting up to Edinburgh, especially as we travelled in the middle of the Edinburgh Fringe festival. But because of the distance, a flight to Scotland was going to take some beating. 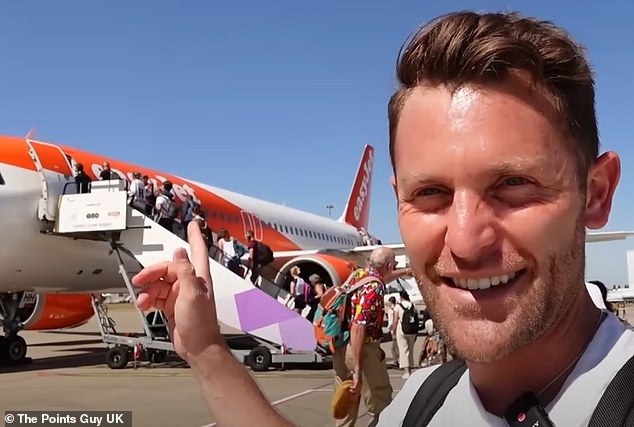 Racing the plane was Nicky, who splashed out £144 for an easyJet flight to Edinburgh from Luton Airport Parkway (above) 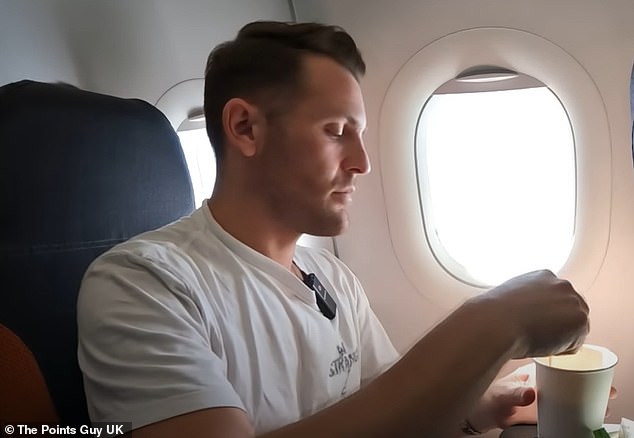 Nicky, above, revealed that the easyJet flight left on time and arrived in Edinburgh early 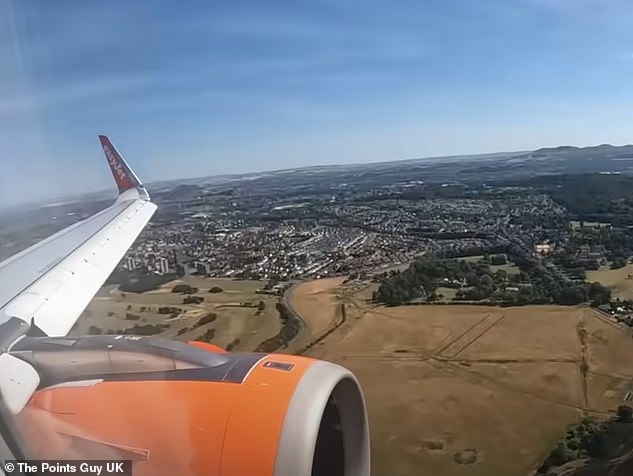 ‘The easyJet flight left on time and arrived in Edinburgh early, which was slightly surprising but an excellent bonus. The tram service was also a cheap and quick way to get right into the heart of the city from the airport.

‘The journey up to Luton Airport Parkway from central London was quick and efficient, but a real downside to this experience is the shuttle to the airport terminal that takes time, effort and money. There is a Dart (direct air-rail transit) system being built between the train station and the terminal and this can’t come soon enough.’ 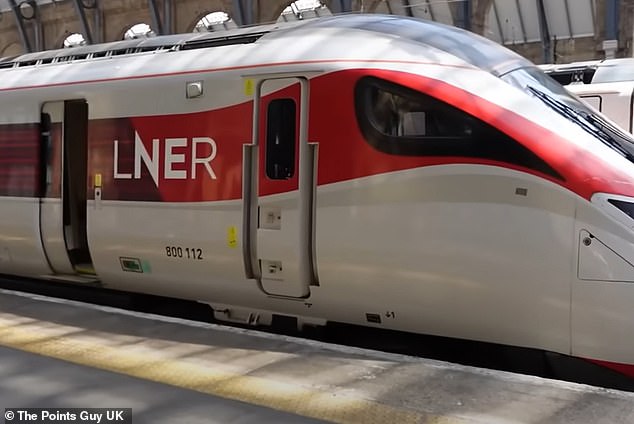 Flying the flag for LNER was Liam Spencer, who paid £84 for his standard-class ticket 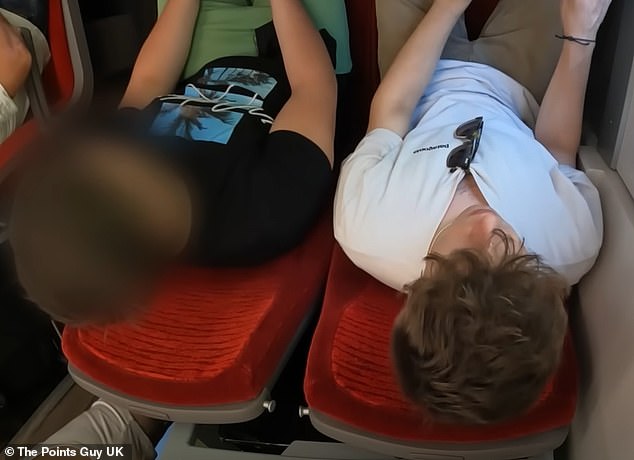 Liam (above right) told MailOnline Travel: ‘The entire journey couldn’t have been more efficient and easy’ 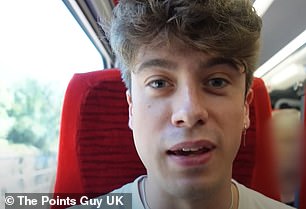 Flying the flag for the train was Liam Spencer, who paid £84 for his standard-class ticket.

He told MailOnline Travel: ‘The entire journey couldn’t have been more efficient and easy. I arrived at the station just minutes before departure, and there were no delays during the four-hour trip.

‘The train gives unrivalled views of the British countryside. And there’s something magical about passing through multiple cities and towns en route to your final destination.’

During the journey, Liam put LNER’s order-to-your-seat food and drink service to the test – and it passed with flying colours. His hot bacon roll and crisps arrived in under five minutes.

However, on the downside he spent some of the journey marooned in the vestibule after a passenger with a reservation for his seat boarded part-way. And he added that the train was ‘extremely busy and there were lots of children running around and screaming for much of the journey’.

The plane, by 40 minutes – plenty of time for Nicky to have an ice-cream before Liam arrives.

To see the full video click here. For more information on travel tips and tricks, sign up to The Points Guy UK. 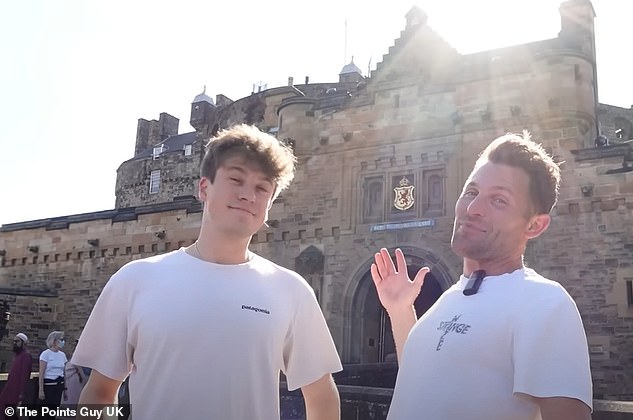 That’s a wrap: Liam and Nicky at the finish line – Edinburgh Castle