It is a child’s dream of exactly what a medieval castle should be — with turrets, dungeons, peacocks on the lawn and scary waxworks. 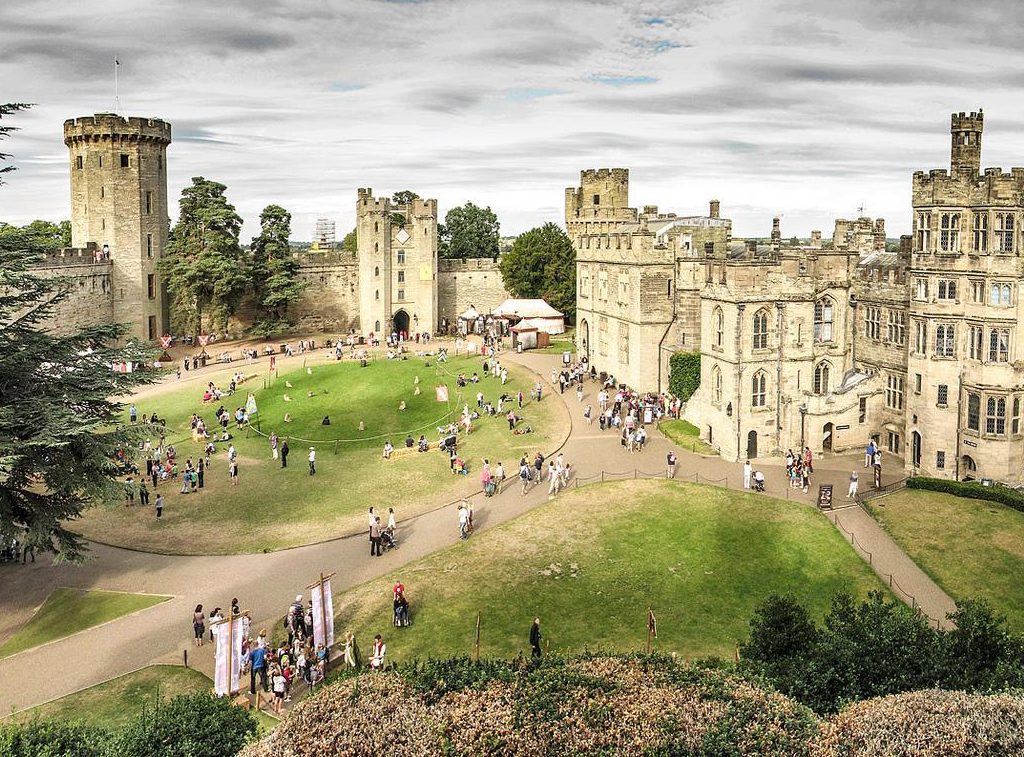 The best part of 40 years later, I was lucky enough to return with my own history-mad kids — and it has got even better.

Alice, eight, and Hattie, six, were already excited when they learnt we would be glamping in a fairytale-style medieval tent in the castle’s Knight’s Village.

They were won over at once after discovering the castle’s Horrible Histories maze, getting lost in its sections on Slimey Stuarts, Violent Vikings, Terrible Tudors and Vile Victorians.

This is what the attraction excels at. It brings the past to life for kids by steering them away from dry historical dates and focusing on what they love — torture, beheadings, grisly medical ailments and how historic figures went to the ­toilet (a long drop into the moat, if you really want to know). 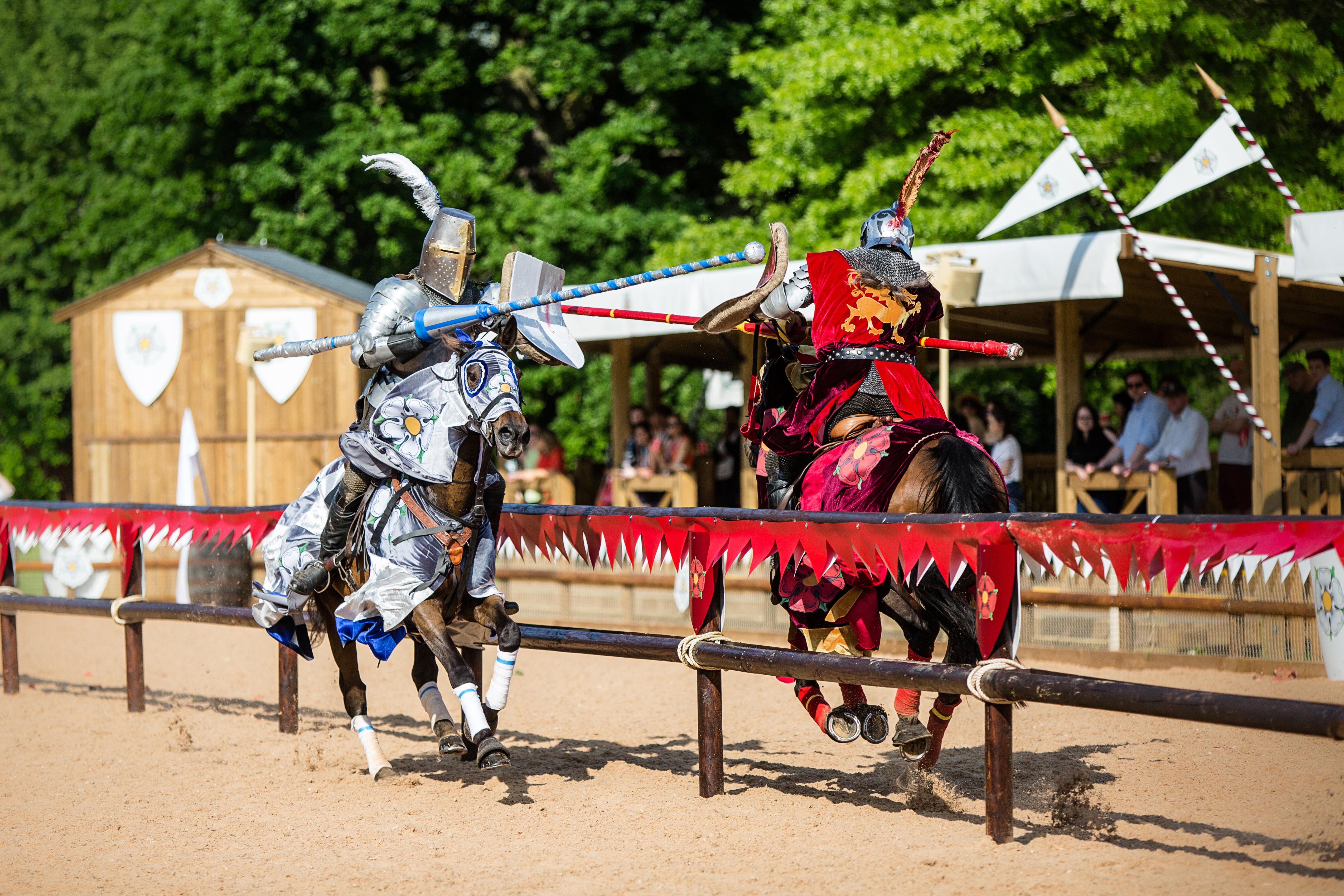 After escaping from the maze, we were treated to a longbow display by the castle’s resident archer.

He taught the children how to display the bowman’s traditional two-fingered salute to the French.

Legend has it the action originates as a retort to the French, who cut off the two front fingers of captured English longbowmen.

As the archer fired into the target, the children were invited to recreate the sounds of a dying Frenchman, which we learnt sounds something akin to: “Zut alors, arrrggggghhh . . .  ohh-la-la.”

Before you could say “hey nonny-nonny” we were down at the riverside arena to see the castle’s mighty trebuchet — the world’s largest working catapult — launch a fiery cannonball 150ft into the air. 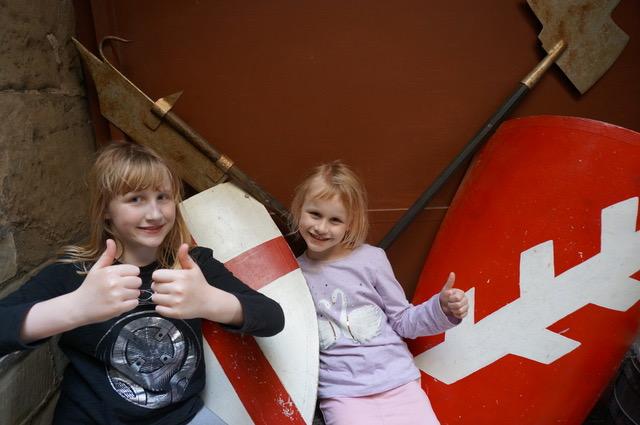 Soon afterwards came the day’s highlight, the Wars Of The Roses display.

It recreates the story of the conflict for the crown, in the form of a jousting battle.

You can marvel at the horsemanship, pyrotechnics, cod-Shakespearean dialogue and wooden shields reduced to splinters.

Next, we tried out the fiendishly difficult Escape Room.

A Baldrick-type peasant led us to the depths of one of the castle’s 700-year-old ­dungeons, complete with genuine graffiti from English Civil War ­prisoners. Here, “Baldrick” tasked us with uncovering a series of cryptic clues and puzzles to find a key to free a fair maiden held captive behind bars.

We were supposed to be timed with a medieval-looking hourglass, which Baldrick promptly dropped on the floor and smashed.

Luckily, medieval peasants also have Casio digital watches for ­emergencies like this. 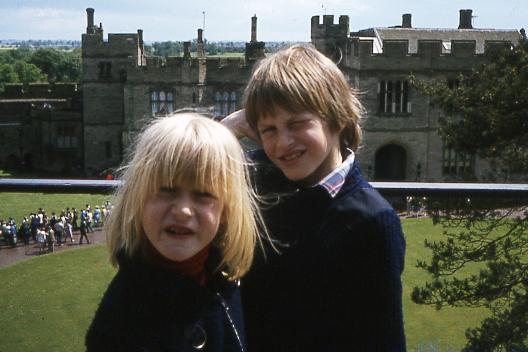 Our maiden made anguished pleas to be released as we struggled to work out the combination to chests holding the key to her cage.

But this was tame stuff compared to our next adventure in the castle dungeon.

We crept along dank, cramped corridors ­decorated with waxworks of rotting bodies and severed heads.

At regular intervals, unhinged characters ranging from torturers, witch-hunters, jesters, plague doctors and executioners jumped out at us.

Witnessing all that blood and gore can work up an appetite, so we were grateful to tuck in at the Knight’s Village Banquet Hall. 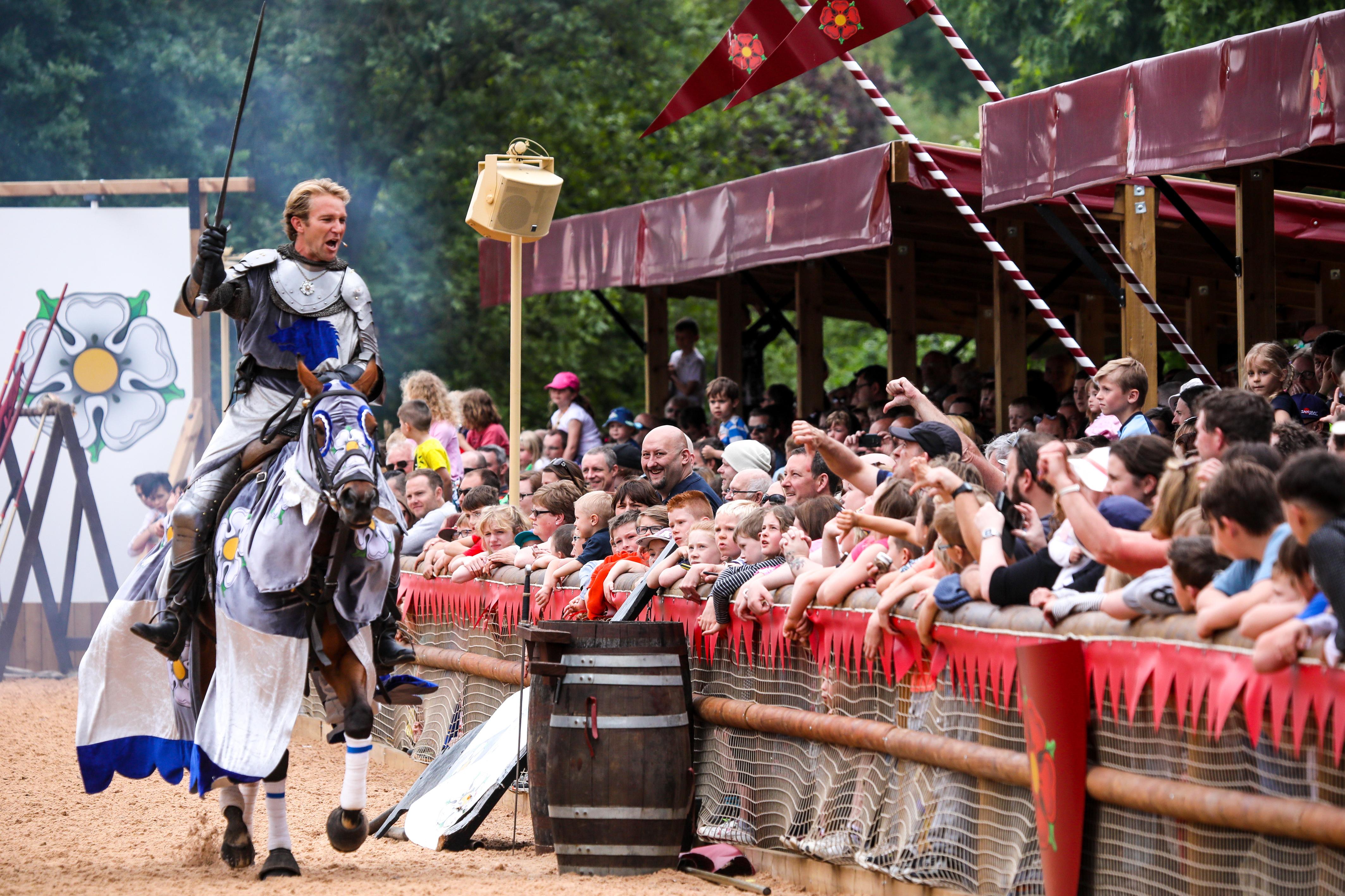 Here, you get to choose from authentic medieval dishes such as Court Jester’s Frozen Yoghurt, ­Princess Felice’s Fruits Of The Forest Cheesecake or Guy of Warwick’s Vegetable Bake.

The dining area is built to resemble a medieval ­banqueting hall, if you ignore the soft drinks dispenser.

Amid the piped music of sackbuts and lutes, enthusiasts in full armour clank past your table or pose for selfies.

While using the facilities I found myself in the unnerving ­position of standing at the urinal next to a man-at-arms struggling to undo his steel codpiece.

At this point, my wife Lizzy and I were ready to retire to our tent’s four-poster bed.

As the sun sank behind the ­battlements, we watched our girls having a lesson in swordsmanship with two men in armour.

Luckily, the swords Harriet and Alice had were wooden rather than steel.

But the experience prompted them to demand foam battleaxes from the castle shop, with which they ­practised their new-found skills by bashing each other all the way home.

Which, I suppose, is yet another way of bringing the past back to life. Huzzah.

STAYING THERE: One night’s B&B in a Standard glamping tent is from £34.75pp based on two adults and two children sharing, including car parking and two days’ Warwick Castle entry.

MORE INFO: Wars Of The Roses Live is shown twice daily during the summer school holidays and on all weekends in June and July. Included in the Warwick Castle entry from £18pp.