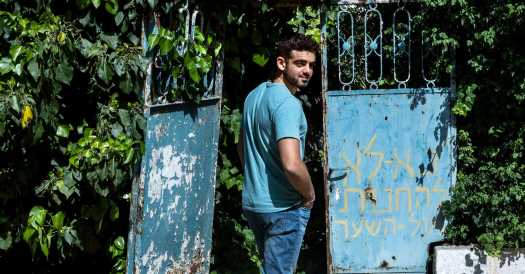 Yona Shemesh, 24, was born in Los Angeles, but he moved to Israel with his family at age 9. In July 2020, as the Covid-19 pandemic was raging, he booked a ticket to Los Angeles to visit his grandparents in June 2021, knowing that he would have nearly an entire year to renew his American passport, which had long since expired.

Eight months later, he was still trying to get an appointment at the U.S. Embassy in Jerusalem to do just that.

About 9 million U.S. citizens currently live abroad, and as the light at the end of the pandemic tunnel finally appears, immigration lawyers estimate more than 100,000 can’t get travel documents to return to the United States.

Despite the State Department making headway on a massive backlog of passport applications in the early months of the pandemic, many consulates and embassies abroad, plagued by Covid-19 restrictions and staffing reductions, remain closed for all but emergency services. Travel is restarting, but for American expats who had a baby abroad in the past year or saw their passport expire during the pandemic, elusive appointments for documents are keeping them grounded.

“It’s a real mess,” said Jennifer Minear, an immigration attorney and the president of the American Immigration Lawyers Association. “It’s a giant, multilayered onion of a problem and the reduction of staff as a result of Covid at the consular posts has really thrown the State Department for a loop.”

Michael Wildes, the managing partner of the law firm Wildes & Weinberg, P.C., which specializes in immigration law, estimates that the number of stranded Americans abroad is in the hundreds of thousands.

“Our offices have been inundated,” he said. “We’ve been getting at least 1,200 calls a week on this, which is about 50 percent more than last year. The problem is more robust than people realize, and this isn’t how a 21st-century society should work.”

In Israel alone, the U.S. Embassy has a passport backlog of 15,000 applications, according to The Jerusalem Post. American Citizens Abroad, an advocacy organization for U.S. expats, sent an official request to the State Department in October 2020 to prioritize Americans’ access to consular services abroad, “but people are still experiencing delays,” said the organization’s executive director, Marylouise Serrato.

In Mexico, which is believed to have more American expats than any other country, a recent search on the appointment database for the U.S. Embassy in Mexico City showed zero available appointments for passport services, even with emergency circumstances (appointments from July onward have not yet been released).

At the U.S. Embassy in London, the availability of appointments for both in-person passport renewals and obtaining an official record of a child’s claim to U.S. citizenship, known as a Consular Report of Birth Abroad, plummeted when Britain went back into lockdown last fall. Amanda Brill, a London-based U.S. immigration attorney, said that since November, appointments have been nonexistent for both. “You can imagine that if you’re a U.S. citizen and you’ve had a baby in the past six months, it is frustrating at best and incredibly stressful for citizens returning to America,” she said.

And as of early April, 75 percent of U.S. consulates abroad remained at least partially closed. The State Department will not release numbers on how many Americans are awaiting passport appointments around the world, but the size of the backlog for interviews for approved U.S. immigration visas — which are also handled by the State Department and have been affected by the same slowdown — gives a sense of the challenge. In January 2020, there was a backlog of 75,000 immigrant visas for those wishing to come to the United States; as of February 2021, the backlog had ballooned to 473,000.

Vicious mix of politics and the pandemic

State Department officials would not offer specifics on wait times for appointments and passport services at their embassies, but they said in a statement that Americans should expect delays when applying for nonemergency passport or citizenship services, and that operating hours vary significantly between embassies, as each is facing different Covid-19 restrictions.

Stateside, adult U.S. citizens can renew an expired passport by mail, a process which is currently taking 10 to 12 weeks, according to State Department officials. But in many countries abroad, citizens must apply at a U.S. embassy or consulate for the same service. Even in the countries where U.S. passport renewals are available by mail, travel documents for minors or for those whose passports expired before the age of 18 still need to be requested in person.

The situation, said the immigration attorney Jessica Smith Bobadilla, was created by a vicious mix of politics and the pandemic. “The combination of Trump-era travel bans and the Covid-19 restrictions still in place seriously impacted the visa and passport-processing time frames and procedures by the Department of State like never before in recent history,” Ms. Bobadilla said.

Mr. Shemesh, the dual citizen living in Israel, spent months logging onto the U.S. Embassy’s website daily at 10 a.m., which he heard on Facebook was the moment that appointments were released each day, to try to grab one. He repeatedly walked the two blocks from his Jerusalem apartment to the U.S. Embassy to ask the guards if they knew of any openings, and he sent multiple emails to consular officials. Everyone told him he simply needed to wait. Finally, with the deadline for his trip looming, he heard about a third-party broker in Israel who promised he could book him an appointment within weeks in exchange for $450.

The State Department prohibits such practices, but the issue of bootleggers selling access to U.S. embassies is widespread enough that on Jan. 14, the Bureau of Consular Affairs issued a notice to registered passport courier companies warning them of consequences for pay-to-play offerings for appointments. David Alwadish, the founder of ItsEasy Passport & Visa, a passport-and-visa-expediting service, said that many of them are so small that they’re nearly impossible to track.

“Since there is an online appointment system, anybody can log on, stockpile these appointments and resell them,” he said. “In the United States, they can be sold for $200 or $250, but out of the country they can charge much more.”

Mr. Shemesh got the broker’s phone number and transferred the money, and in one day, he had a confirmed appointment.

“I tried for eight months to get an appointment, and it was really a bummer because my money is something I have to work hard for. I paid more to renew my passport than I did on the ticket to Los Angeles. It felt like blackmail.”

Desperate Americans in other countries have considered paying for other services, as well. 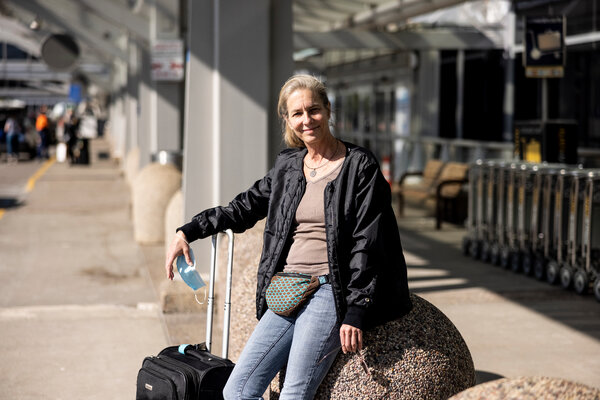 Conner Gorry, 51, an American journalist who lives in Cuba, spent several frantic weeks trying to renew her expiring passport earlier this year. The U.S. Embassy in Havana is closed for all but emergency services. For six weeks, she tried to book an appointment, and received no response. Ms. Gorry grew so stressed that she developed gastritis, and at one point, she contemplated spending more than $13,000 to charter a plane from Havana to Miami, where she knew she would be able to renew her passport by mail.

She eventually found a flight out of Havana, and flew to the U.S. with one week left on her passport. She is unsure of when she will return to Cuba. The situation, she said, made her furious.

Documents for American citizens within the United States are also getting stuck in the backlog. When Dayna and Brian Lee, who are Tony Award-winning producers of “Angels in America,” had twin baby girls in early April, the bureaucratic headaches started before they even brought their newborn daughters from the hospital to their home in New York City, where they have lived for several years.

The couple is originally from Toronto and their daughters, Emmy and Ella, are eligible for dual U.S. and Canadian citizenship but are currently without passports from either country. The infants must have American passports first so their parents can travel with them to Canada, where the girls will be able to also receive their Canadian passports. But for weeks after the girls were born, Mr. and Mrs. Lee were unable to book appointments at any U.S. passport office within a three-hour drive of New York City. They ended up turning to an immigration lawyer for help.

“It’s so inexplicably stressful, mixed up with the overwhelming joy of having these two beautiful lives in front of you,” Mr. Lee said. “But we’ve made the decision that come hell or high water, we will be with our families this summer.”

Elizabeth Goss, an immigration attorney based in Boston, said she expects delays and scheduling headaches for both visas and U.S. passports to last another year.

“It’s like a cruise ship that needs to readjust,” she said. “It’s not a speedboat.”