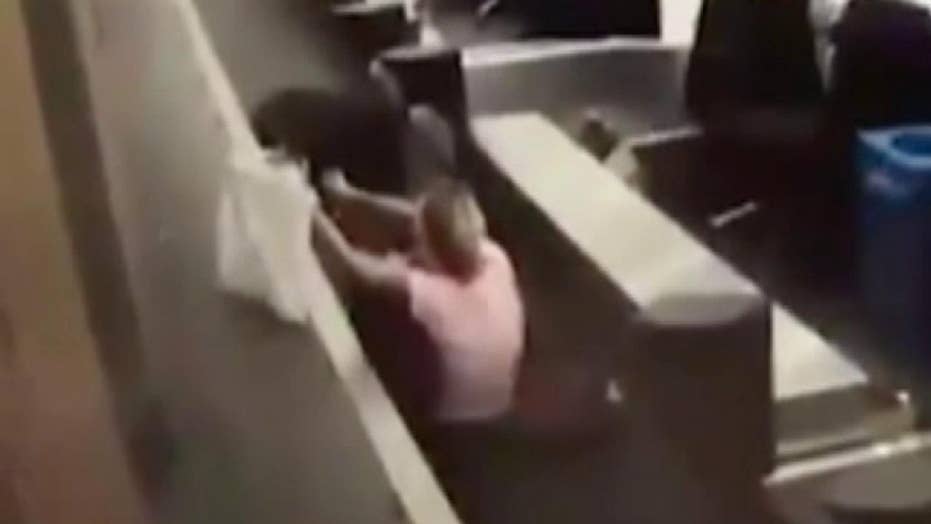 Raw video: Woman falls down after stepping on luggage belt

A woman fell down after stepping on the luggage conveyor belt in a Turkish airport.

A flyer tried to travel to new heights as hilarious video showed her climbing onto a luggage conveyor belt at a Turkish airport, reportedly thinking it would take her to the plane.

The first-time flyer checked in her bags at Istanbul Aiport, but instead of heading to her terminal, she proceeded to climb onto the conveyor belt as terminal attendants and other passengers looked on.

BALI TOURISTS SHOCKED TO FIND OUT POPULAR ATTRACTION ON INSTAGRAM IS FAKE: 'FELT SO CATFISHED'

The woman stepped onto the belt and promptly fell onto her backside as it rolled forward.

Confused airport staff jumped up to help her before she ended up in a pile of checked luggage aboard the cargo carrier, but the woman said she thought the conveyor belt would conveniently transport her to the aircraft, according to reports by The Sun.

The viral video garnered lots of jokes from viewers. One person asked, "Is this a shortcut to the plane?"

"I think traveling with the cargo is cheaper," another quipped.