From burgers to beer: How the World Cup in Russia will be one of the cheapest yet for England fans

The World Cup in Russia is set to be one of the cheapest yet for travelling England fans, new research has revealed.

A study has found that the collapse of the Russian ruble and the low cost of items such as beer and burgers means football fans will spend significantly less than at the last World Cup in Brazil and the European Championships in France in 2016.

The research was carried out by Post Office Travel Money, which says that England fans will get far more ‘bang for their buck’ at the tournament. 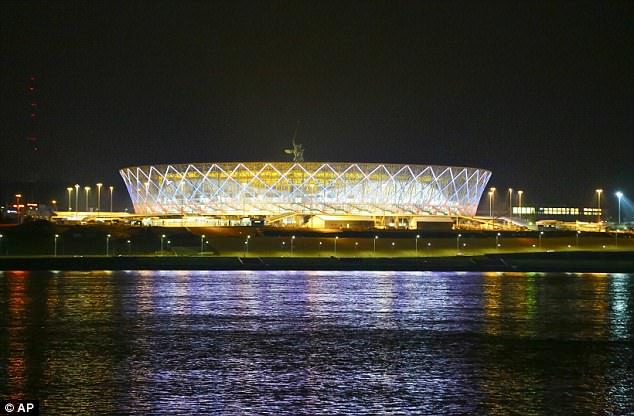 England’s opening game against Tunisia will be played at the new World Cup stadium in Volgograd, pictured. New research has found the tournament will be one of the cheapest yet for England fans

It found that for a £500 currency transaction, England fans will get £66 more cash in their hand than in June 2017 and £202 more than five years ago, before sterling began its sharp rise against the ruble.

The Post Office says this is because the pound is over 15 per cent stronger than a year ago, and worth almost 68 per cent more against the ruble than in June 2013.

Meanwhile England fans will also find the cost of living in Russia is much lower than in the UK.

The Post Office Travel Money’s City Costs Baromoeter has revealed that prices in the host nation are less than half of those in France, which hosted the European Championships two years ago.

Prices are also 40 per cent lower than in Brazil, which staged the last World Cup.

Andrew Brown, of Post Office Travel Money, said: ‘We recommend that football fans travelling to the Russian cities where the England team are playing their group matches make sure they carry some rubles.

‘Although credit and debit cards can be used in big cities, they may not always be accepted in smaller ones. 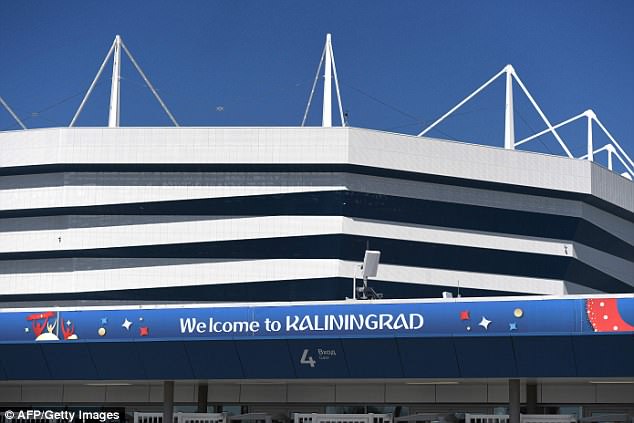 The Baltika stadium in Kaliningrad, which will host England’s game against Belgium in the World Cup

‘We advise fans to budget carefully and ensure they don’t run out of money, especially as the best rates we offer are for currency transactions of over £500 – the average that fans are likely to need if England progresses in the competition.

‘However, we also offer the flexibility of allowing customers to change small amounts of sterling into rubles.

‘The important thing is not to leave changing money until it is too late to get a decent exchange rate.

‘Rubles are not routinely stocked in exchange bureaux so fans need to order rubles for next day delivery to their nearest Post Office branch or to their home and allow enough time for this or they could end up getting far less for their pounds at a UK airport.’