The world’s best (and worst) airlines and airports revealed: Qatar named No1 airline, Hamad gets the gong in the airport category – and London Stansted comes second from bottom

The world’s best and worst airlines and airports have been revealed in a new study.

Qatar Airways is ranked as the number one airline but UK and US carriers get mixed results with Virgin Atlantic in 10th place, easyJet coming fourth bottom out of 72 and American Airlines is the best-rated U.S carrier – but it only comes twenty-third. 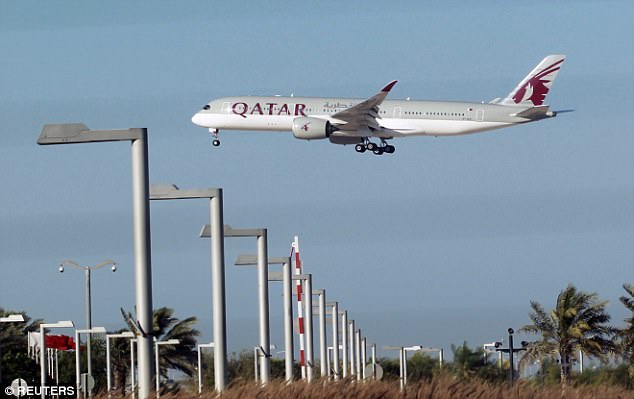 The top airport is Hamad International Airport in Doha, pictured, which knocks 2017 winner Changi into fifth

The study was carried out by AirHelp, a company that assists passengers with compensation claims for delayed, cancelled or overbooked flights.

It ranks 72 airlines and 141 airports based on on-time performance and quality of service, as well as Twitter sentiment.

The most highly ranked Australian carrier is Qantas in eighth placed followed by Air Malta and Virgin Atlantic.

In terms of UK-based airlines, British Airways comes 21st in the list, while Thomas Cook is 51st and Jet2, 61st.

Other American carriers come much further down the list than AA, with United Airlines 37th and Delta Air Lines 47th.

A spokesperson for easyjet told MailOnline Travel: ‘We absolutely do not recognise these findings. EasyJet takes its responsibilities under Regulation (EC) No 261/2004 extremely seriously and will always pay compensation when it is due.

‘We offer simple webforms easily found on our website and are currently processing valid claims in less than 21 days. We have plans to further improve this payment processing time later this year.

Easyjet comes fourth bottom in the report against 72 other airlines 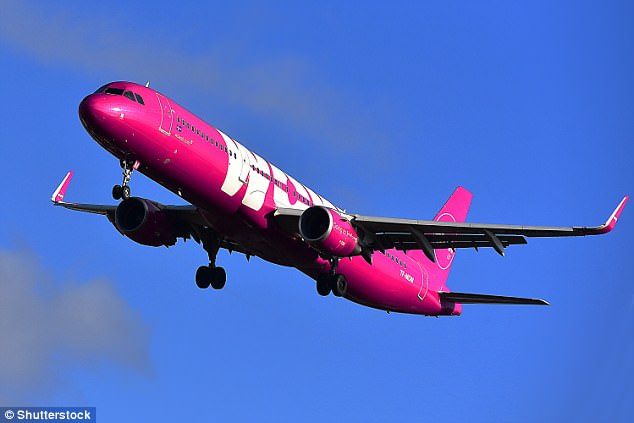 Not such a high flyer: Icelandic carrier Wow came last in the study

‘We want to make it as easy as possible for our passengers to claim with us directly rather than sacrificing a significant portion of their compensation to other organisations like AirHelp unnecessarily.’

When it comes to airports, after Hamad International is Athens International followed by Tokyo Haneda, Cologne Bonn and Singapore Changi in fifth place.

Rounding off the top ten are Nagoya in Tokyo, Viracopos Airport in Sao Paulo, Amman Airport in Jordan, Guararapes-Gilberto in Recife, and Quito International in Ecuador.

The highest ranked UK airport is London Heathrow in 80th spot, while the top rated US hub is Seattle-Tacoma in 33rd place. Highest ranking in Australia is Sydney Airport in 111th spot.

AirHelp CEO and co-founder Henrik Zillmer said: ‘For some time now UK airports have seemingly been in the news for all the wrong reasons and that has been realised in this data. 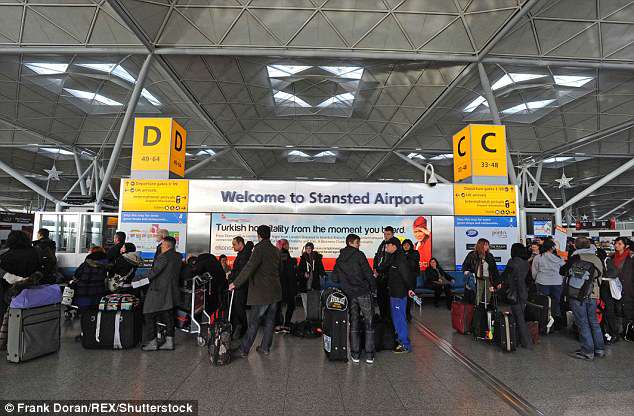 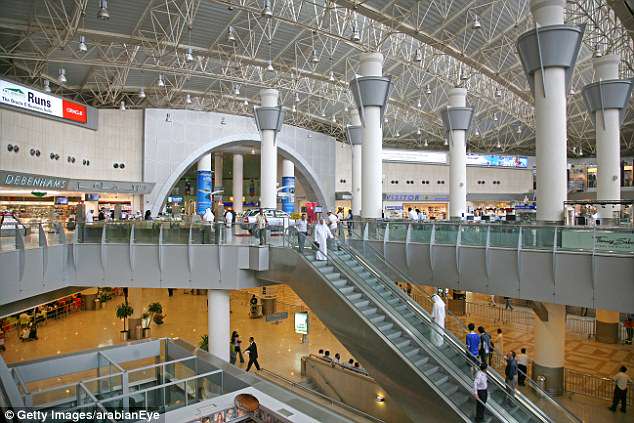 Hall of shame: Kuwait Airport ranks bottom in this study

THE BEST AND WORST RATED AIRPORTS

‘Passengers are clearly not happy and while it will be a challenge to address the issues highlighted in this report, it is also an opportunity to halt the decline in performance and provide consumers with a better experience.’

A spokesman for Edinburgh Airport said: ‘Another year and yet more bogus findings which serve to do nothing more than generate PR for a compensation firm. It’s factually inaccurate and uses a convoluted formula which doesn’t hold up to scrutiny.

‘We regularly hear from our passengers and airlines about how we’re performing and we’ll continue to work hard at providing the best service we can, correctly measuring our performance and listening to make sure we improve where we can.’

A London Stansted spokesperson said: ‘Stansted is the fastest growing London airport with passengers voting with their feet in record numbers – we will serve 29 million passengers this year – and is investing significant sums of money to ensure that our passengers are provided with the high levels of customer experience that they are entitled to.

‘However, as with their previous PR initiatives, this latest survey from AirHelp is purely a self-serving exercise based on very little or no substantive evidence and designed to promote a company seeking to take a share of flight compensation claims.’

MailOnline Travel has contacted Manchester Airport for a comment.