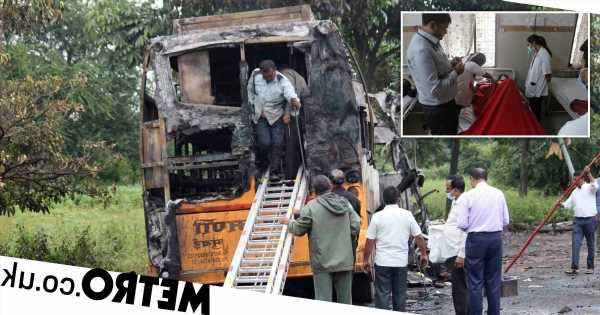 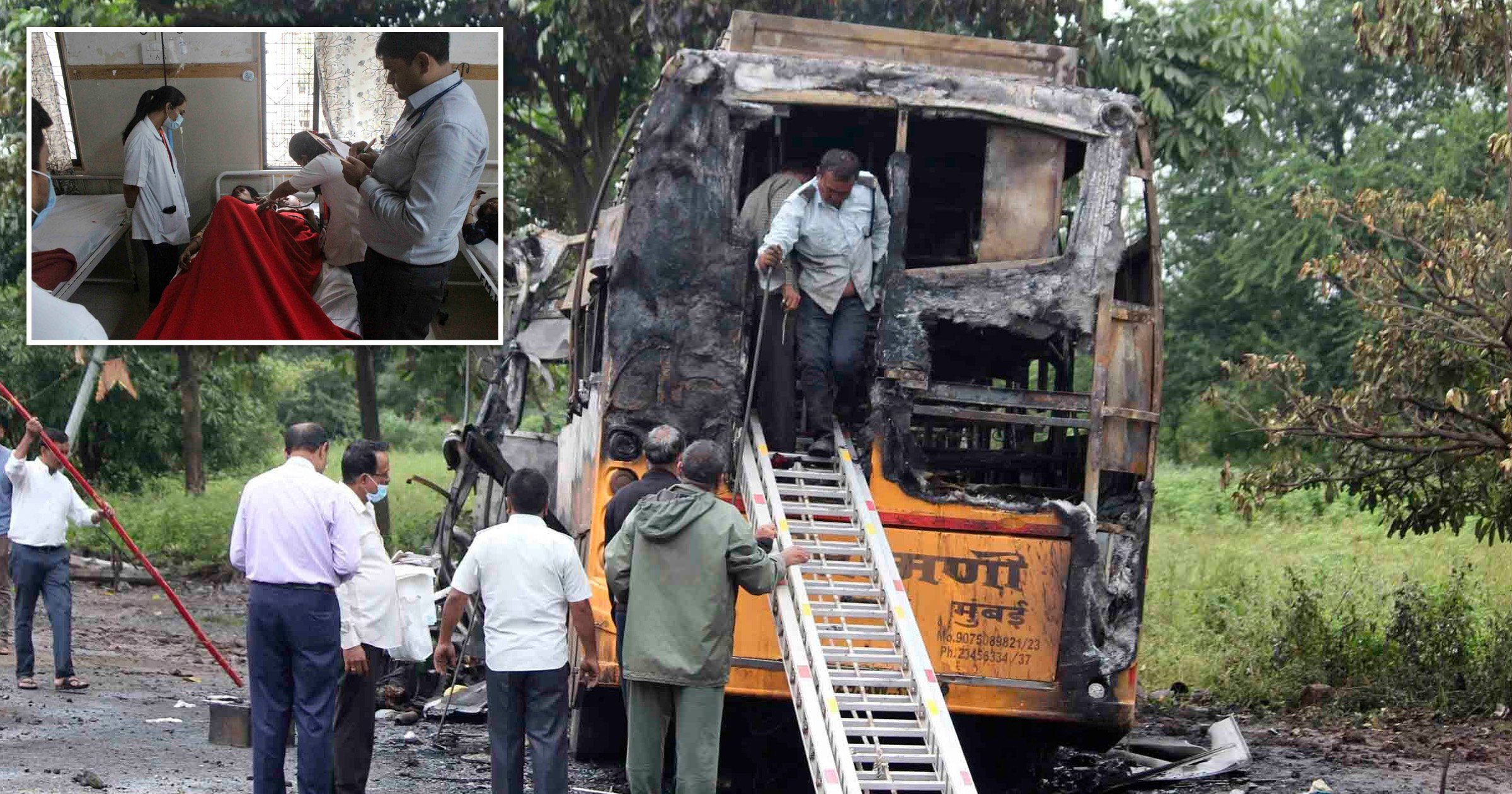 A huge bus fire in India has led to the deaths of 12 passengers.

The vehicle had collided with a truck on a highway in the west of the country, before careening off the road.

Many of the passengers had been asleep prior to the crash, which took place at 5am today.

Flames spread through the bus as a result of the crash. Authorities have confirmed 12 people perished in the fire.

Some people living near the stretch of road had rushed to the scene but had been unable to reach the passengers through the raging blaze.

Flames had completely engulfed the vehicle, with pictures today showing the extend of damage caused.

Paramedics also rushed 43 people with serious burns were taken to a hospital in Nashik.

Eknath Shinde, the top state elected official, said the cause of the fire is being investigated.

Prime Minister Narendra Modi said he was anguished by the bus tragedy. “May the injured recover at the earliest. The local administration is providing all possible assistance to those affected,” he tweeted.

Nashik is nearly 120 miles north east of Mumbai, the capital of Maharashtra.

Hundreds of thousands of people are killed or injured annually on India’s roads. Most accidents are blamed on reckless driving, poorly maintained roads and ageing vehicles.

On Wednesday, 25 people died and another 20 injured after a bus plunged into a gorge in India.

Around 45 to 50 people, all from a wedding party, were believed to have been on board the vehicle when the vehicle plummeted down the cliff edge in northern Uttarakhand state.

Police told the Press Trust of India that the wedding group crashed into the ravine in Pauri district.

It was not immediately clear what caused the accident.

There have been a series of other grim accidents in India this year off the roads.

In April, a cable car crashed left two dead and dozens of others stranded for days.

Then, in July, flash flooding devastated a Hindu pilgramage and killed 42 with a mudslide.

Weeks later, lightning strikes killed at least 20 in a day.