MORE than one million people were forced to flee their homes after a deadly 130mph super typhoon ripped into China.

Typhoon Lekima made landfall in the early hours of today triggering a landslide which killed 13 people and left 16 more missing. 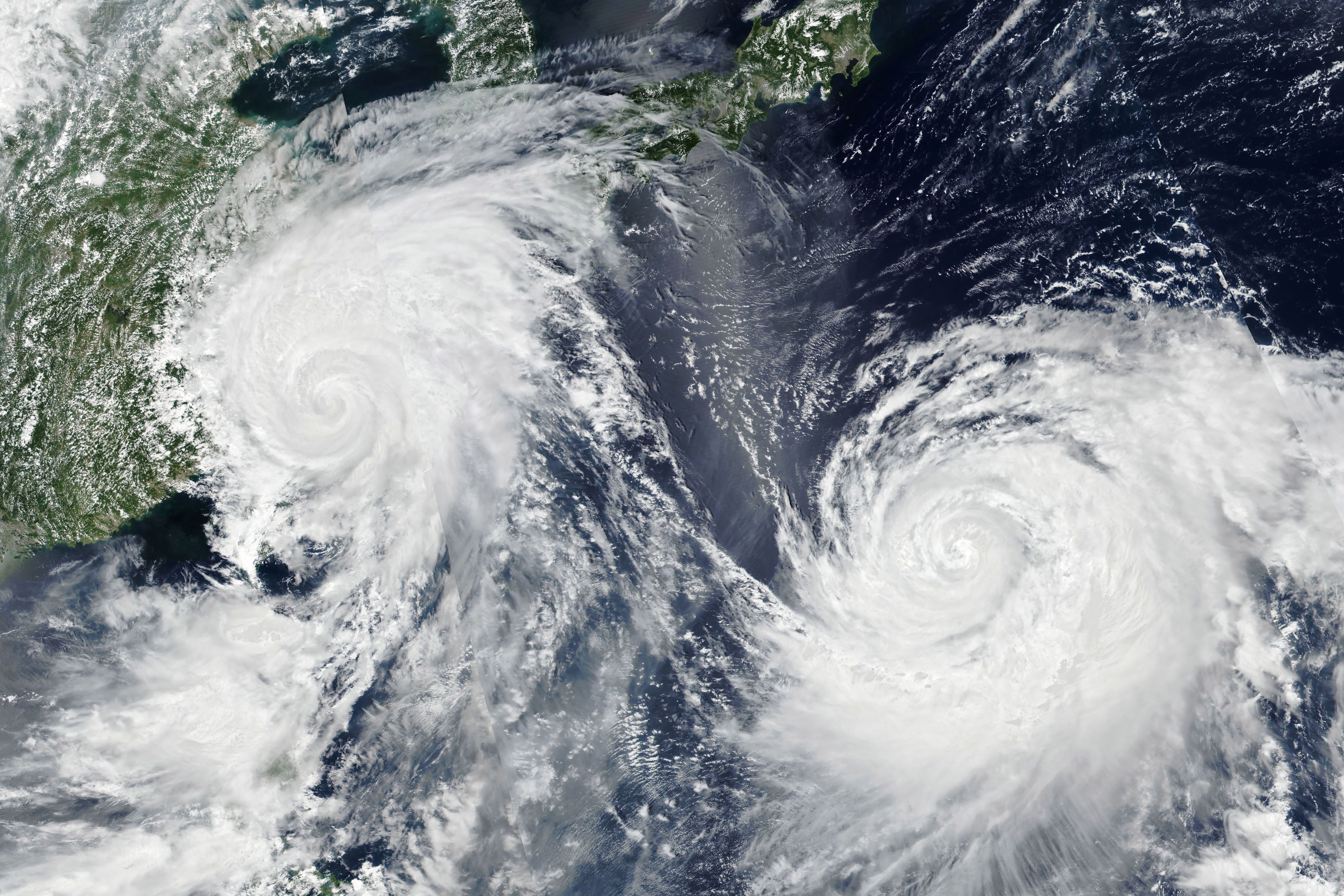 Swirling in its wake is Typhoon Krosa, which is now headed north towards the northern islands of Japan and cities including Kyoto.

The deadly mudslide in China happened 90 miles north of the coastal city of Wenzhou when a natural dam collapsed.

Some 625 flights at airports in Beijing, Shanghai, Guangzhou, Shenzhen and Chengdu were grounded.

Cruise liners were asked to delay their arrival in Shanghai, while some ships were diverted to Hong Kong to help prevent accidents and collisions.

More than 250,000 residents in Shanghai and 800,000 in Zhejiang province were eventually evacuated due to the typhoon. 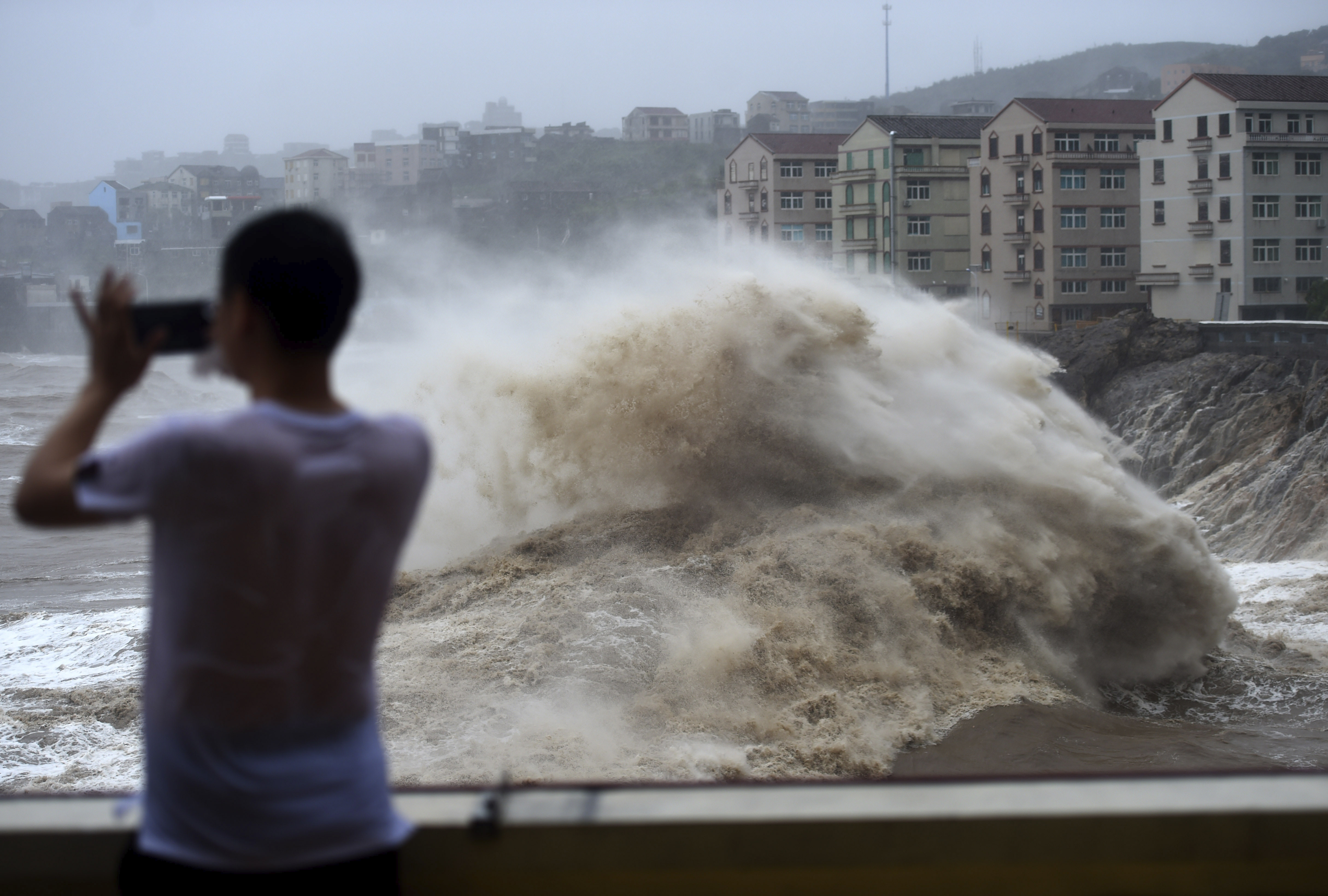 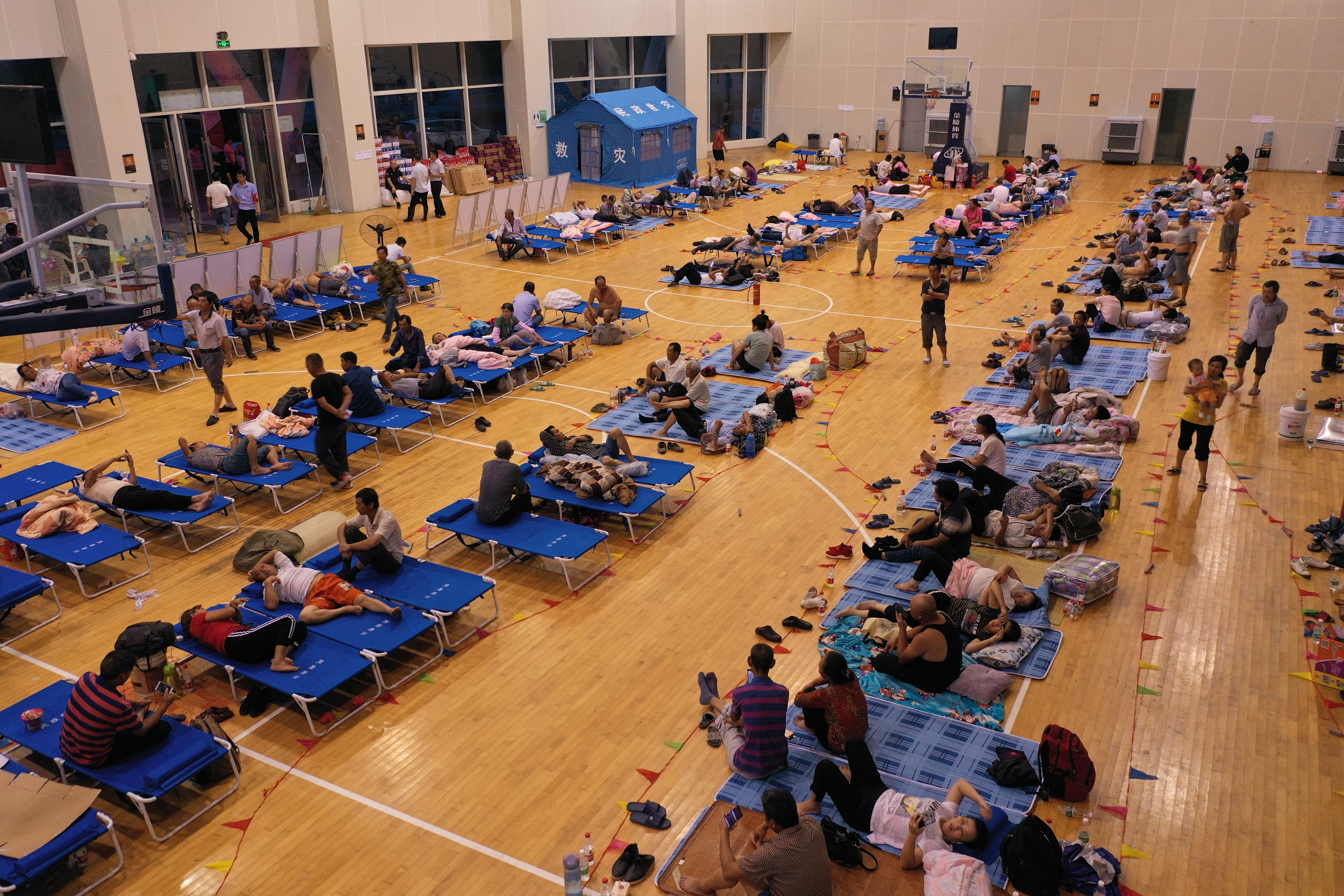 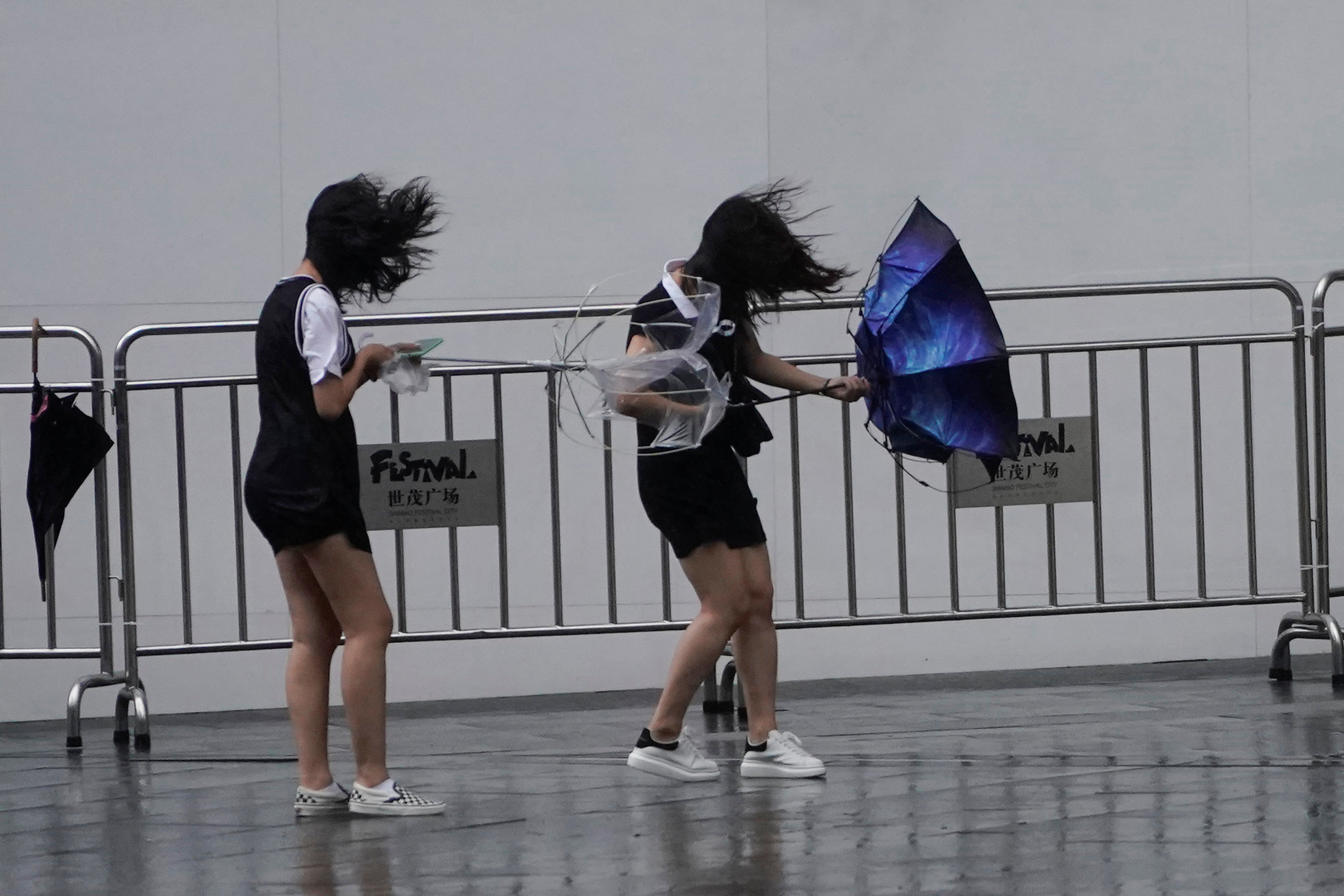 Some 200 houses in six cities in the province collapsed, and 66,300 hectares of farmland was completely destroyed, reports revealed.

The storm was predicted to reach Jiangsu province by Sunday and veer over the Yellow Sea before continuing north and making landfall again in Shandong province.

Coastal businesses have been shut and the Ministry of Emergency Management warned of potential risk of fire, explosions and toxic gas leaks at chemical parks and oil refineries.

What is a super typhoon?

A typhoon is a tropical cyclone – a storm system that spins in a circle.

A cyclone is known as a typhoon if it forms in the north west Pacific.

Cyclones can also be known as hurricanes, tropical storms, depressions and cyclonic storms.

A super typhoon is the equivalent of a Category 4 or 5 hurricane, meaning it has maximum sustained winds of 150mph or more.

It's basically a really intense typhoon, with the ability to produce high storm surges and torrential downpours, in addition to powerful winds.

More than 180 rescue teams, 36,000 firefighters and 8,400 fire engines are dealing with the chaos caused by the storm.

"The super typhoon – the ninth typhoon this year – is expected to bring heavy rain to the provinces of Anhui, Fujian, Jiangsu, and Zhejiang, and the municipality of Shanghai," state news agency Xinhua reported.

Lekima has already passed by the southern Ryukyu Islands of Japan, which include Okinawa, where locals experienced eight inches of rain and winds topping 100mph.

The typhoon has already forced Taiwan to cancel flights and order the closure of markets, offices and schools.

It also left more than 40,000 homes without power on the island, where the authorities have issued landslide warnings following an earlier earthquake.

China's National Meteorological Centre said Lekima, gusting at 130mph, was the strongest typhoon since 2014. It warned 24-hour rainfall levels across eastern China could reach up to 32cm (13in). 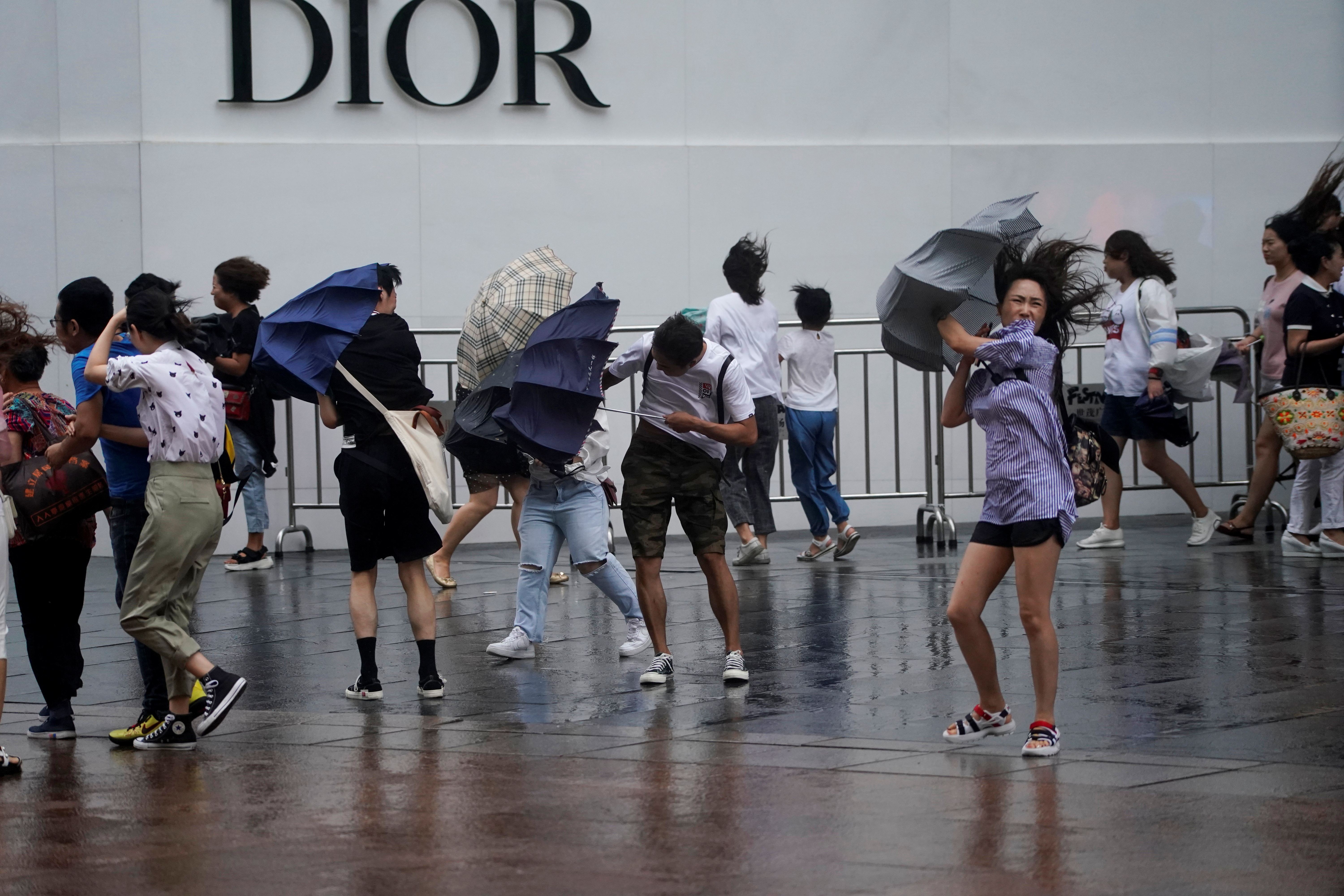 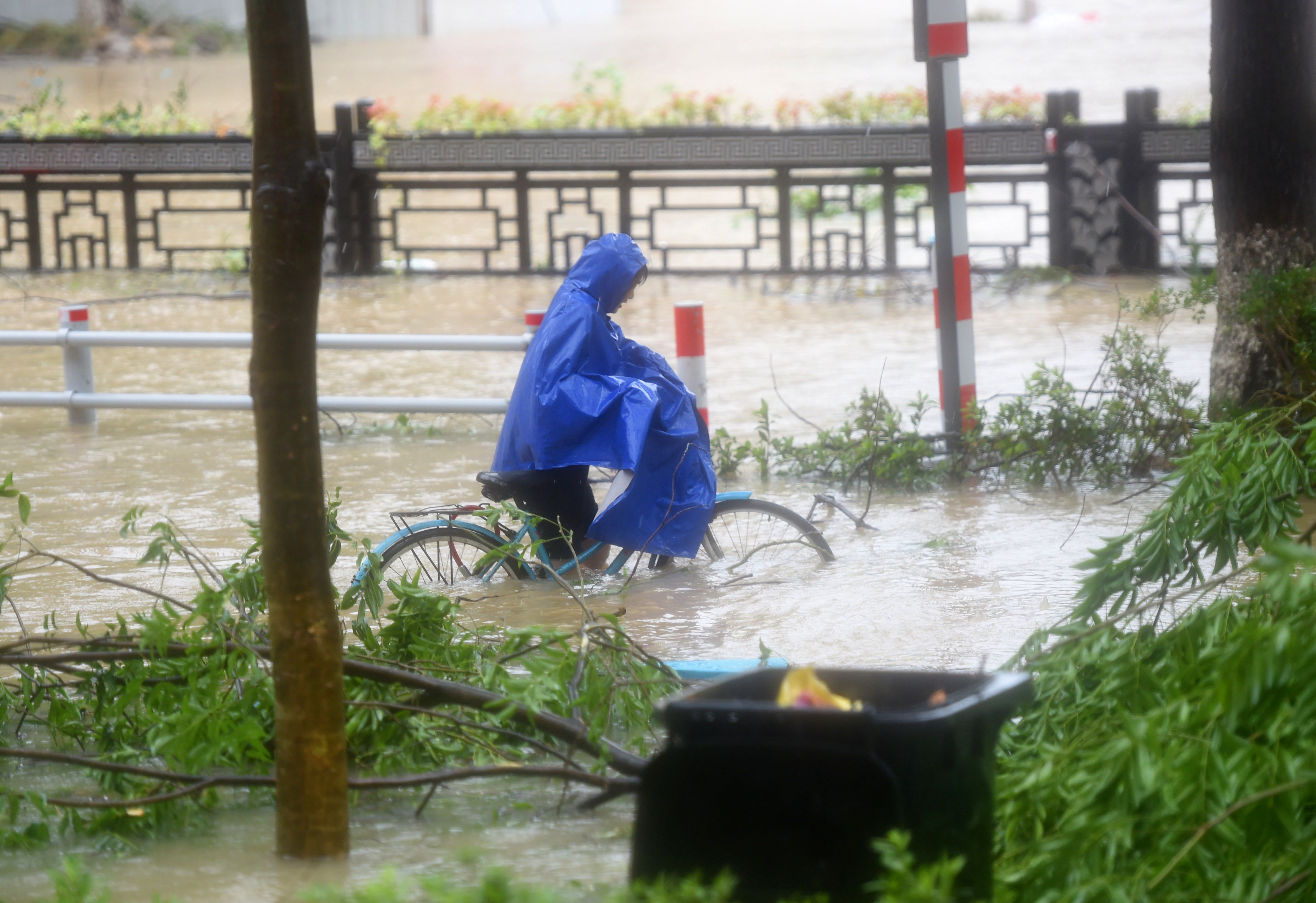 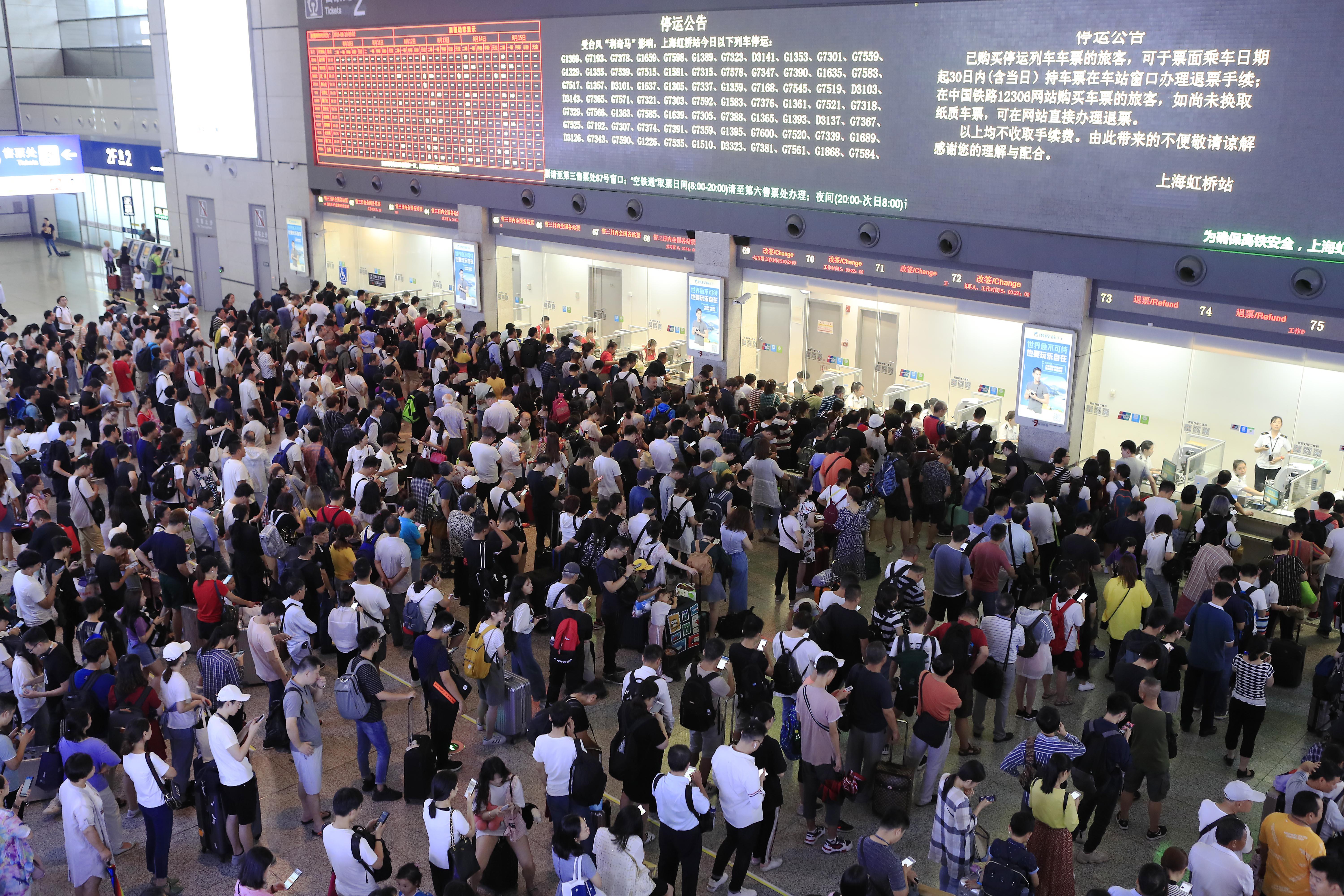 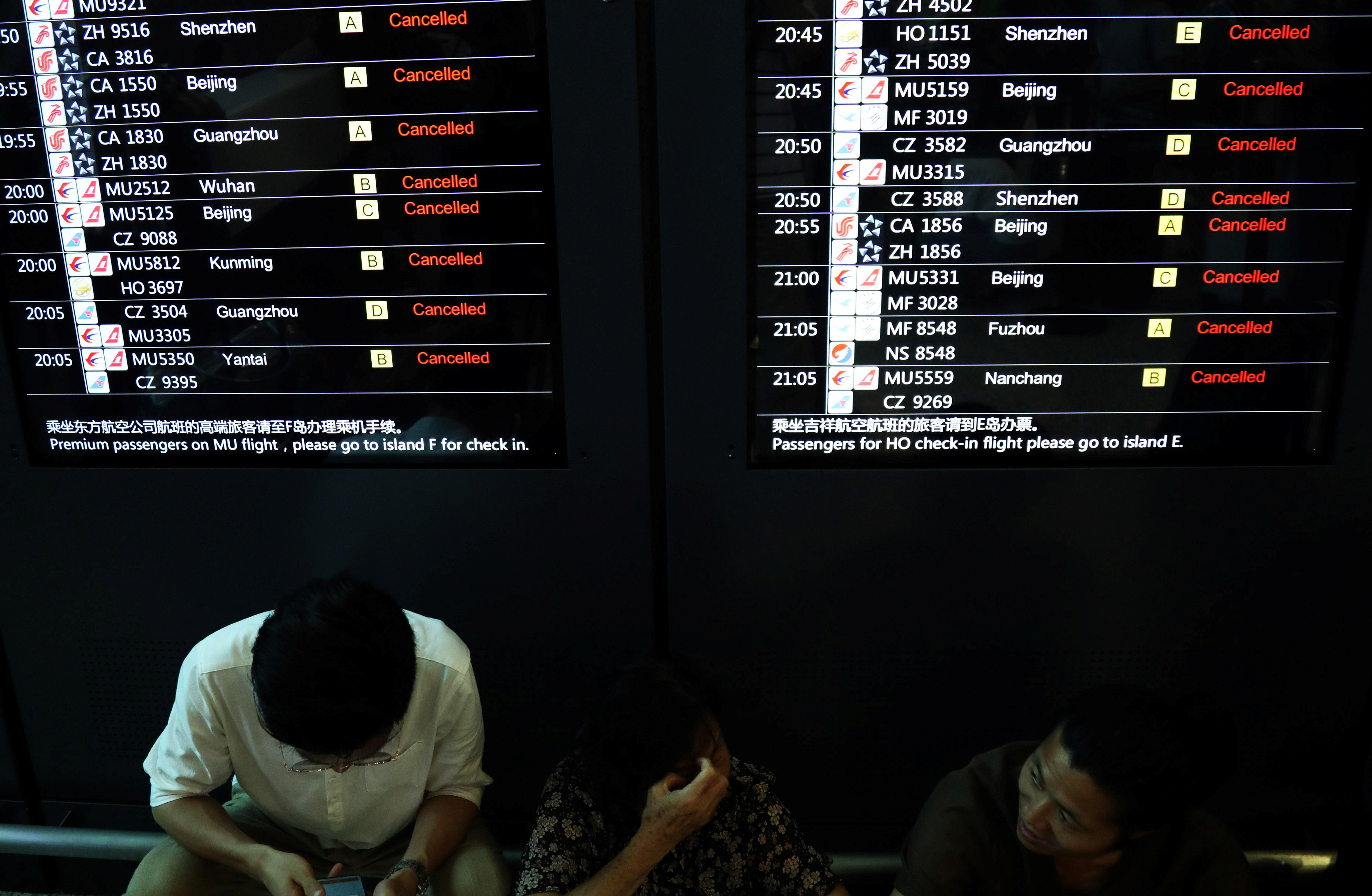 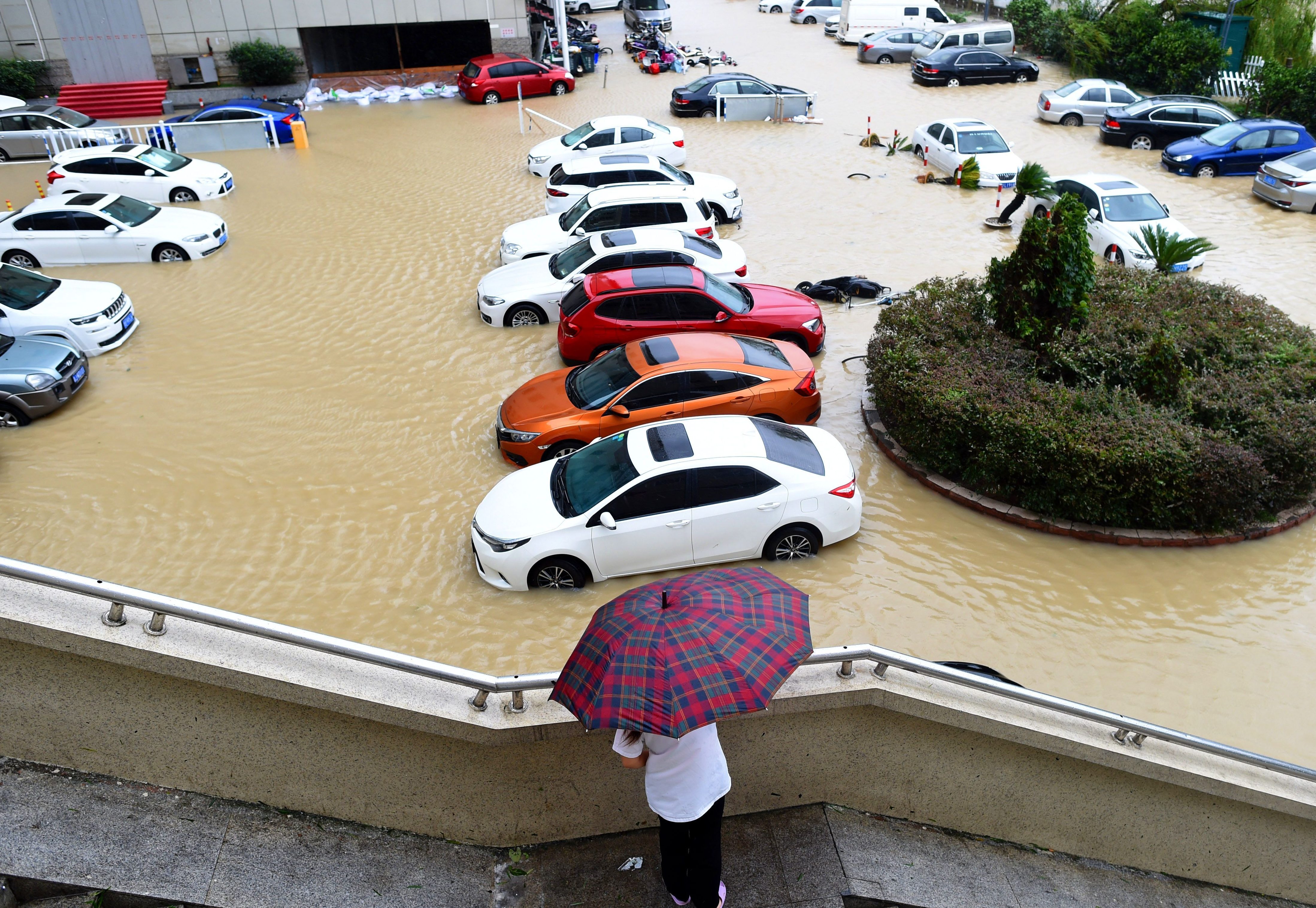 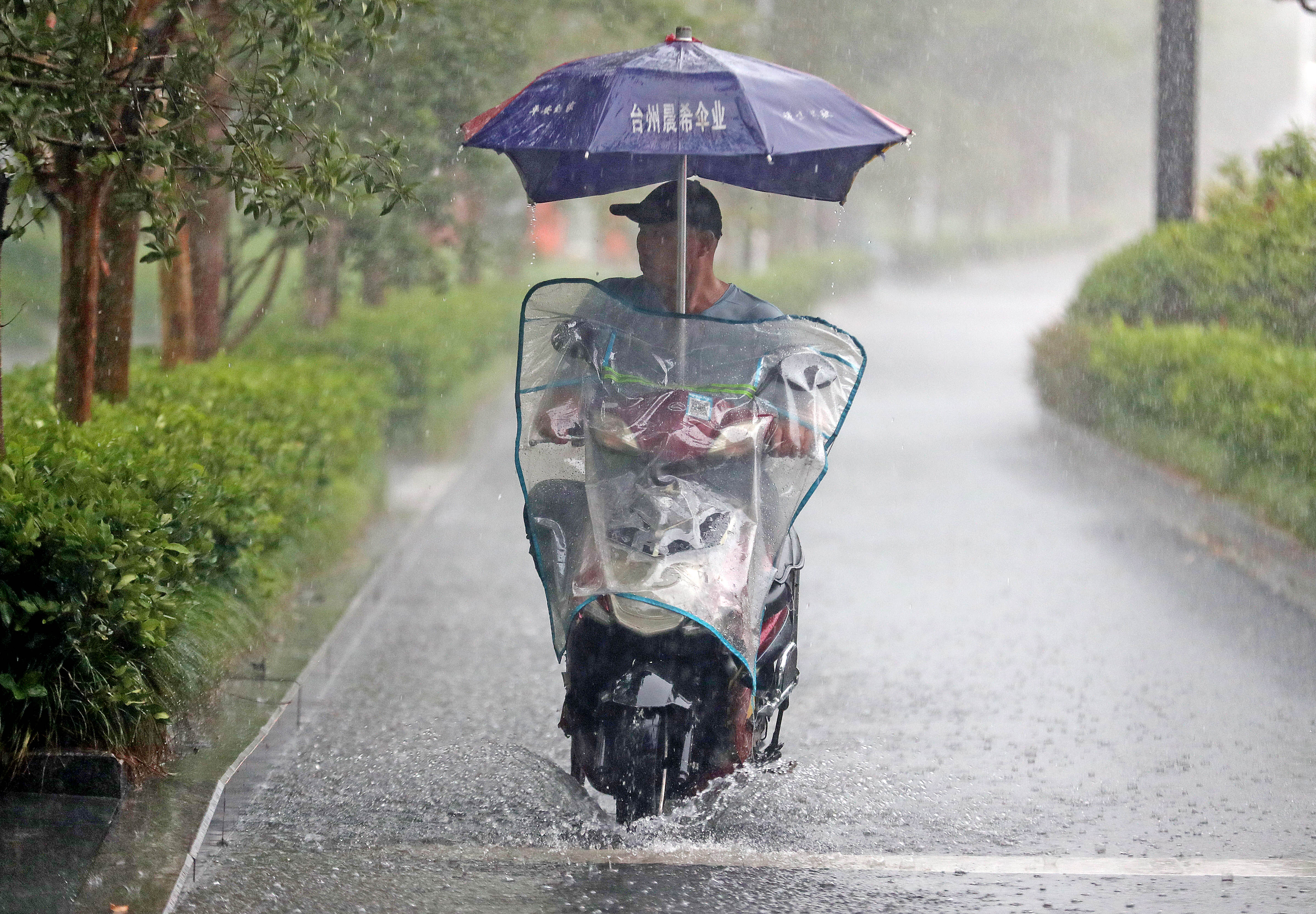