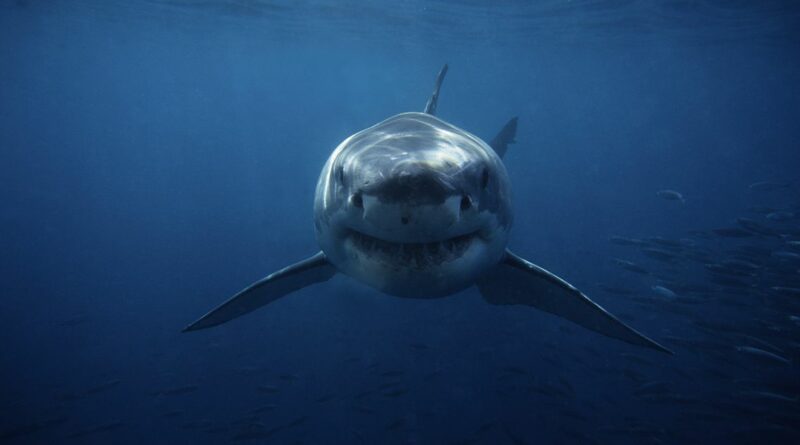 A 17ft long Great White Shark has crossed an underwater barrier in the Atlantic Ocean and is moving towards the UK, scientists claim.

The shark, called Nukumi, is swimming across the Atlantic whilst pregnant with pups and is now closer to Europe than her native America.

However, despite the UK being within her reach scientists do not think that she will come to the UK.

There are many different species of sharks living in the waters around the UK, though there has not been a confirmed sighting of a great white to date.

Nonetheless, there have been dozens of reported sightings from fishermen, and experts say that the conditions in the sea around the UK are well suited to the large predators.

Speaking to The Sun, experts at The Shark Trust said: "British waters do provide good conditions for White Sharks, so it’s not impossible."

Great whites can roam for enormous distances and are known to live in the Mediterranean Sea.

The huge sharks have been spotted very far offshore from the UK, but a sighting on the coast has never been confirmed.

Ali Hood from the Shark Trust said it is unlikely that Great Whites live around the UK, telling The Independent: "On an annual basis, people will report apparent sightings of white sharks in UK waters."

But she added that there has not yet been "any tangible evidence" of such a sighting.

"If white sharks were resident around the coast of the UK, we would encounter them," she went on.

This could be by finding the sharks washed up on beaches or entangled in fishing gear.

“It doesn’t mean that the odd one doesn’t pass through,” Hood added. “But it means we don’t at this time have any form of evidence of resident white sharks.”

However, Britain is home to an even larger though mostly harmless species, the basking shark.

Unlike their predatory cousins, basking sharks are filter feeders, feeding on small shrimps and krill that they scoop from the water with their cavernous mouths.

Such sharks are quite at home in the green, temperate waters around the UK, and can often be seen meandering lazily through schools of plankton.

The non-predatory sharks are also a favourite with snorkelers and scuba divers, though should still be approached with care due to their enormous size and power.

There are also smaller species, such as dogfish, the small-spotted catshark, the nursehound, and the porbeagle shark.

The porbeagle actually comes from the same family as the great white, and its white belly and not dissimilar features mean an untrained eye could easily mistake it for its larger cousin if spotted through murky water.

And sharks aren’t the one large animals that swim around the UK. Sperm Whales, the largest toothed whale, are also frequent visitors to UK waters, and sadly are sometimes stranded on the north coast.