Two suspects in Florida have been arrested after being accused of stealing mail and mail-in ballots earlier this week by using an apparent homemade device capable of lifting letters out of a dropbox, reports said.

A police officer in Lighthouse Point, near Fort Lauderdale, spotted a vehicle that seemed to be lingering near a mailbox late Tuesday night, the Sun-Sentinel of South Florida reported.

The officer said he spotted the device, mail and two ballots while questioning the suspects, the report said.

The suspects were identified as Junior Alexander Cabral, 28, and Vladimir Cabral Cuevas, 20. 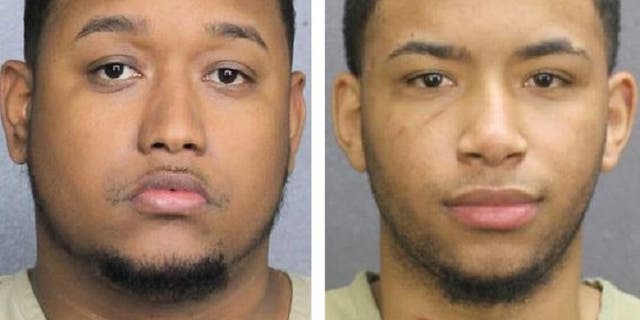 Richard Cooper, the attorney for Cuevas, told the Sun-Sentinel his client was incorrectly charged by “overzealous law enforcement looking to fill an empty narrative that would make a politically expedient mountain out of a molehill given the proximity to the general election.”

Neither man had a prior conviction and the ballots will be returned to the voters, the newspaper reported.

The U.S. Postal Inspection Service is also investigating. The report said the men were being held on $3,025 bond.

The suspects appeared in court Thursday, where a Broward County judge told them she would not “speculate on the intentions behind the allegations,” the Sun-Sentinel reported.

"But, I do have to take notice of the fact we have a very big election coming up next week and the timing seems to be aggravating in Mr. Cabral’s case," Judge Corey Amanda Cawthon said, according to the paper.