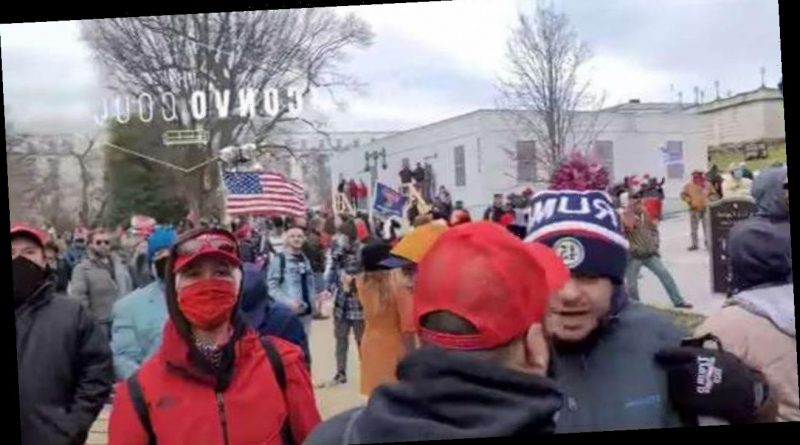 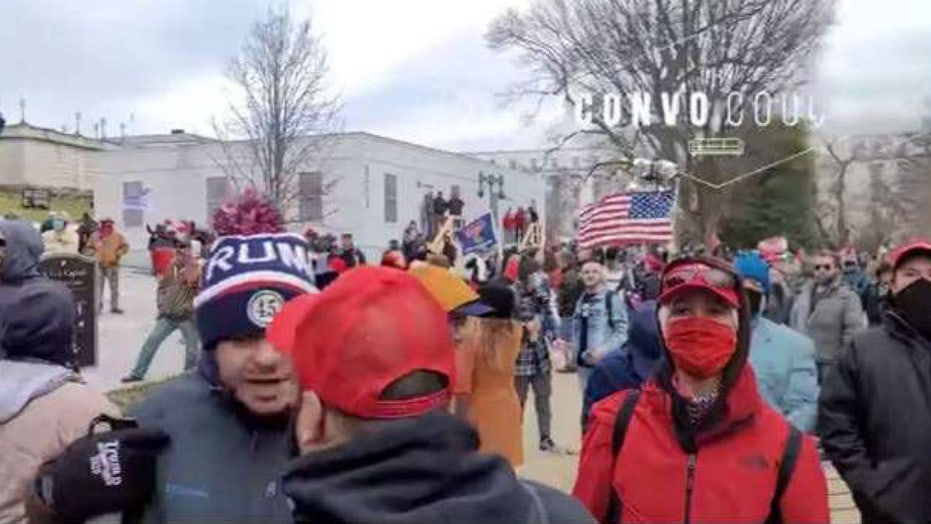 Two men arrested in connection with the Jan. 6 Capitol riot have been named in a 10-count indictment that alleges they assaulted numerous police officers, including Brian Sicknick, who died a day later.

Julian Elie Khater, 32, and George Pierre Tanios, 39, are accused of using chemical bear spray on multiple police officers during the riot, according to the grand jury indictment, which was unsealed Thursday.

Khater and Tanios Indictment by Fox News on Scribd

Authorities announced their arrests earlier this week and said they had video evidence of the altercations. They said they received tips that helped them identify the suspects after the FBI posted the police bodycam video online. 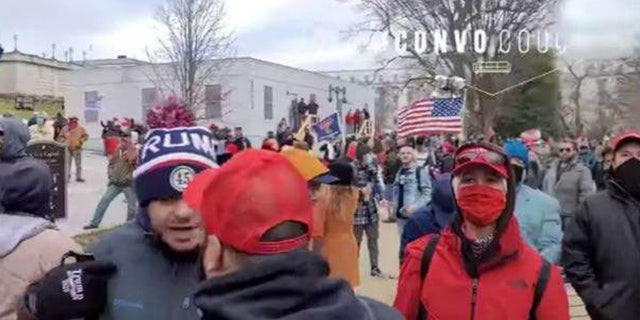 Julian Elie Khater is seen holding a white can with a black top that appears to be a can of chemical spray, according to prosecutors.
(U.S. District Court for the District of Columbia criminal complaint)

“The attack on the U.S. Capitol and on our police officers, including Brian Sicknick, was an attack on our democracy,” acting U.S. Capitol Police Chief Yogananda Pittman said at the time. “Those who perpetrated these heinous crimes must be held accountable, and — let me be clear — these unlawful actions are not and will not be tolerated by this department.”

Charges against them include engaging in physical violence on the Capitol grounds, doing so with a “deadly and dangerous” weapon, causing significant bodily injury, obstructing an official proceeding, civil disorder, multiple counts of assaulting Capitol Police officers, and conspiracy. 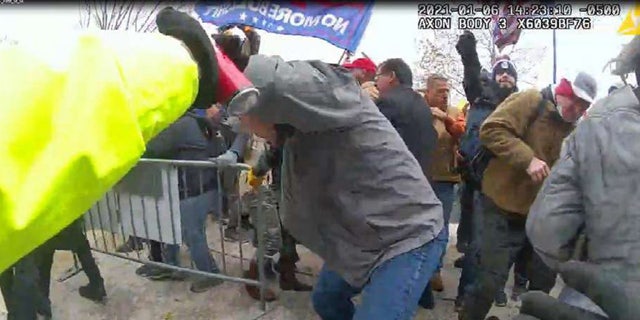 Julian Elie Khater, with his right arm in the air, appears to be holding a canister in his right hand and aiming it in the officers’ direction, prosecutors say.
(U.S. District Court for the District of Columbia criminal complaint)

An official cause of death for Sicknick has not yet been announced, and the charges against Khater and Tanios do not include homicide offenses.

Khater is from Pennsylvania and Tanios is from West Virginia, but the two grew up together in New Jersey.

The investigation into Sicknick’s death is ongoing. He died at the hospital at around 9:30 p.m. on Jan. 7.

Authorities said that after physically engaging with rioters, he returned to his division office and collapsed on Jan. 6.

His remains laid in honor in the Capitol Rotunda last month before a ceremonial send-off on the steps to Arlington National Cemetery, where he was interred.