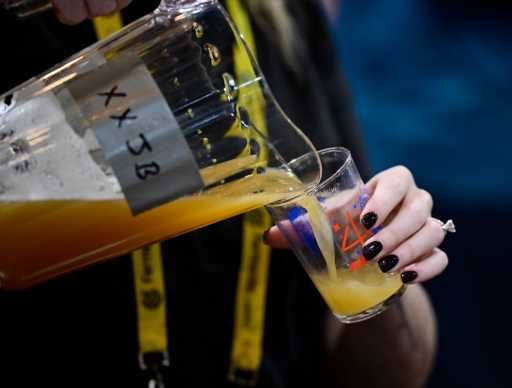 Denver’s Great American Beer Festival made a welcome return over the weekend, bringing with it about 40,000 drinkers to sample beers in person at the Colorado Convention Center for the first time since 2019.

The public-facing portion of the event was canceled in 2020 and 2021 because of COVID-19. But through the pandemic, GABF’s esteemed beer competition continued in either a virtual or hybrid capacity with limited, masked attendance. For 2022, brewers returned in force to the convention center’s Bellco Theater to celebrate one of the beer industry’s highest accolades.

“It’s so awesome to be back in person and be able to cheer with everybody,” said Shawnee Adelson, executive director of the Colorado Brewers Guild. “People are stoked to be here.”

Even if the festival’s footprint was smaller this year — about 389,000 square feet, down from about 584,000 square feet because of construction at the venue — the awards were among GABF’s biggest. Judges evaluated 9,904 beers from more than 2,100 breweries nationwide.

Colorado beer makers collected 27 medals, including five gold, in a diverse range of categories, from American wheat beer to imperial stout and a variety of European styles. That’s up from the 21 medals the Centennial State garnered in 2021.

Longmont’s Left Hand Brewing Co. was the biggest winner of the day, earning two medals — silver for its Milk Stout in the oatmeal stout category and bronze for its St. Vrain in the Belgian-style strong specialty ale — plus the coveted title of Brewery of the Year in the production range of 15,000 to 100,000 barrels.

Denver’s Our Mutual Friend Brewing Co. also won two medals in Brettanomyces specific categories, including a gold for its Trystero Brett saison. And Comrade Brewing Co. of Denver dominated the most competitive category, earning a gold for its More Dodge Less RAM in the American-style India pale ale out of a total 423 entries.

Golden’s Cannonball Creek Brewing Co., which has won at least one GABF medal every year since opening in 2013, continued its streak with a bronze in the specialty saison category.

“Colorado is still an industry leader in craft beer, and we just proved that with all the medals we just won,” Adelson said. “Multiple breweries (won) awards for the same beers that they’ve won in the past, which shows we brew consistent beer.”

“Laughing Lab (from Bristol Brewing Co.) is the most decorated craft beer in Colorado. They just won their 10th medal for that beer,” she added. “It was also awesome to see so many lager styles that Colorado brought home.”