A whopping 23million people tuned in to watch England play Colombia in the World Cup last night – more than the number who watched the Royal Wedding.

At its peak, 12.2million were watching the match on ITV, with another 10.2million watching on HD and others online.

The peak 23.8million audience was 5million more than the 18million peak for Prince Harry and Meghan Markle’s wedding in May. 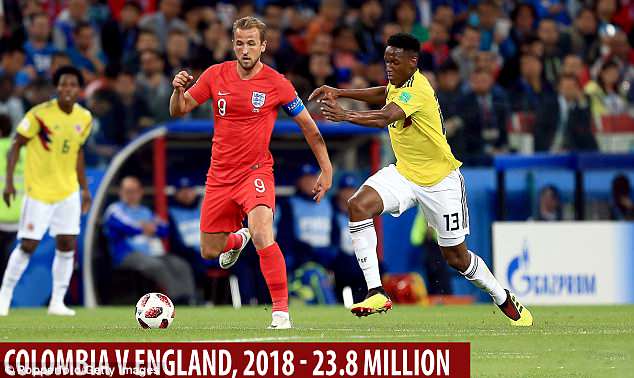 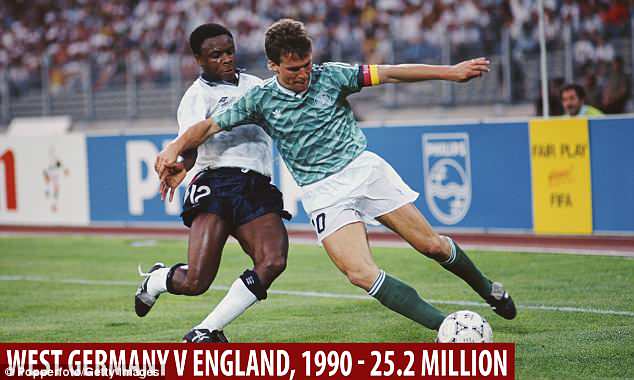 At its peak last night, the football had a more than 80 per cent share of TV audiences, meaning four out of every five people watching TV were viewing the game.

The peak figure was not far off the biggest TV audience ever for a World Cup match. That record was set in 1990 when 25.2million tuned in to watch England’s semi-final with West Germany.

When figures are collated, it may be that last night’s match is the second most watched England World Cup game. The Three Lions 1998 clash with Argentina is currently second with 23.8million.

England’s famous clash with Cameroon at Italia 90 is currently the third most watched, with 23.6million. 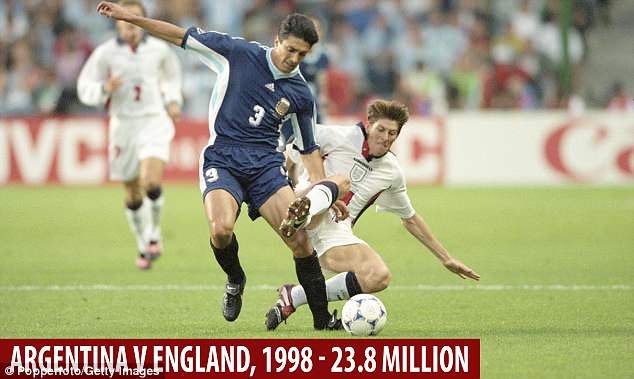 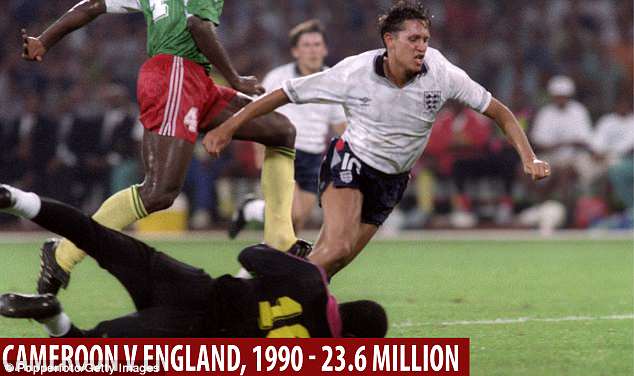 Cameroon vs England at Italia ’90 got a similar viewing figure, with 23.6million watching it

Before last night’s game, England’s opening match of this World Cup, a 2-1 win over Tunisia, was the most watched TV event of the year, with a peak audience of 18.3million.

The country stopped yesterday as millions hit pubs, outdoor screens or took to their sofas to watch the action.

The game was dogged by controversy, but the Three Lions emerged victorious in a penalty shootout for just the second time after drawing 1-1 after extra-time.

Jordan Henderson failed from the spot but Jordan Pickford denied Carlos Bacca after Mateus Uribe hit the bar, allowing Eric Dier to seal a 4-3 shootout win and mouth-watering quarter-final against Sweden in Samara this Saturday. 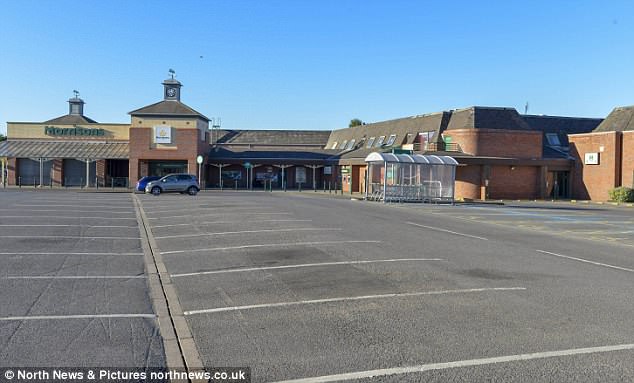 The streets of England fell silent yesterday while everyone watched the game. This Morrisons in Darlington was one of the many public places deserted during the match