Home » World News » 3 tonne rocket to smash into Moon after hurtling through space at 10,000km/h 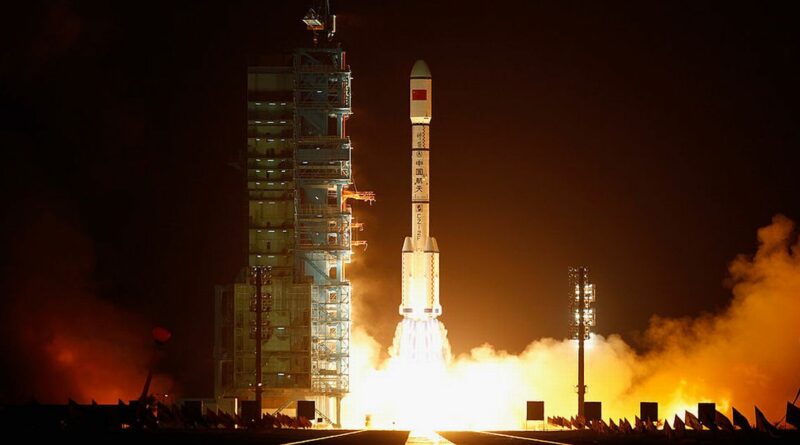 Three tonnes of space junk is set to smash into the Moon in a few hours at a whopping 10,000km/h.

The debris, which is a discarded rocket, is expected to cause a crater when it impacts later today (Friday, March 4), astronomers have claimed.

Scientists first believed the huge rocket part had been launched by Elon Musk's SpaceX programme in 2015, but now they reckon it is actually Chinese, which China denies.

The impact on the Moon is expected to be minor.

Expert Bill Gray, who tracks objects near to Earth, revealed what we can expect from the collision.

He wrote: "I have a fairly complete mathematical model of what the Earth, Moon, Sun and planets are doing and how their gravity is affecting the object.

"I have a rough idea of how much sunlight is pushing outward on the object, gently pushing it away from the sun. This usually enables me to make predictions with a good bit of confidence.

"However, the actual effects of that sunlight are hard to predict perfectly. It doesn't just push outward; some of it bounces 'sideways'.

"The object is a long cylinder, spinning slowly; you can see the light from it vary as it tumbles, and you can plot a light curve for it indicating that it rotates about once every 180.7 seconds. (Or possibly every 90.4 seconds. There's often some ambiguity in measuring rotation periods.)

"These unpredictable effects are very small. At a guess, the above prediction may be wrong by a few kilometres and second from the predicted time."

The European Space Agency estimates there are currently 36,500 pieces of space junk larger than 10cm.

The rocket part set to hit the Moon was first sighted from Earth in March 2015 as part of a NASA-funded space survey in Arizona, USA.

Mr Gray said that if we're "lucky", the collision might be picked up by the Lunar Reconnaissance Orbiter that's on the Moon.

In February, Deputy Director of the Foreign Ministry Wang Wenbin refuted the suggestion that the space junk could have belonged to China.