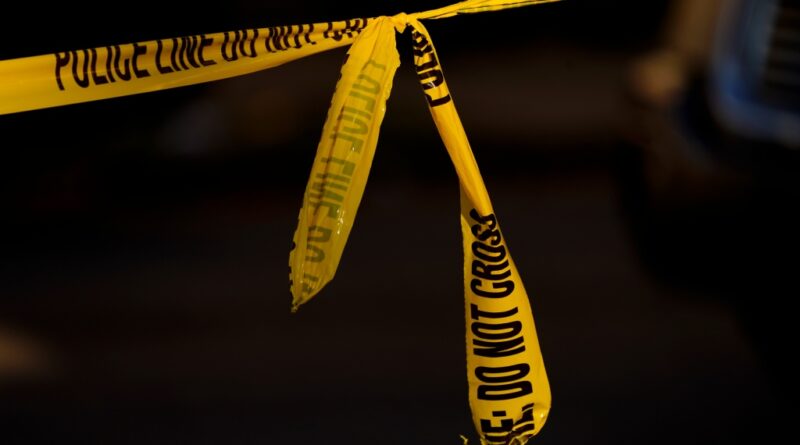 Aurora police are searching for a suspect Sunday in the overnight shooting deaths of four people at a house in the 900 block of North Geneva Street.

Three men and one woman, all adults, were killed, and two “very young” children and an adult woman were unharmed, interim Aurora police Chief Dan Oates said during a Sunday morning news briefing.

Oates said the unharmed adult woman is the “domestic partner of our suspect,” Joseph Mario Castorena, 21.

“Earlier this week, a restraining order had been issued directing the suspect not to go to their residence or approach or come near the domestic partner,” Oates said.

Police initially received a call about suspicious activity at the house a little after 2 a.m., Oates said. “During the call, the call-taker actually heard shots being fired,” he said.

Officers were dispatched and arrived within 3 minutes, Oates said, and found three bodies inside the house and one outside the residence.

The suspect, Castorena, is 5-foot-4 and with “slim build” and a lion tattoo on his neck, police said. Officials said they do not know what he was wearing.

Police searched the neighborhood for Castorena in the dark and are doing so again now that the sun is up, including through the use of drones, Oates said.

Castorena lives with family a couple blocks away from the site of the shooting, Oates said, and police searched that house with consent of Castorena’s family, but did not find the suspect.

Automated emergency calls were made to people living in the area warning them of the suspect on the loose.

Asked if the shooting had anything to do with a custody dispute, Oates aid the couple’s children “are not even in the state. They are elsewhere with family and safe.”

“He has a history involving domestic violence and… I don’t have all the details,” Oates said. “The was an accumulation of events here that led to this.”

People are asked to call 911 if they see Castorena or anything suspicious.