‘It burns, man’: Man’s last words before he is executed in Georgia after saying ‘I’ve been drinking caffeine all day’

A Georgia inmate was put to death by lethal injection Friday evening.

Robert Earl Butts Jr, 40, is the tenth inmate to be executed in the US this year.

He was convicted of robbing and killing off-duty prison guard Donovan Corey Parks 22 years ago after approaching him for a ride outside a Walmart store.

When asked for a final statement before his death he said ‘I’ve been drinking caffeine all day’, according to AJC.com. 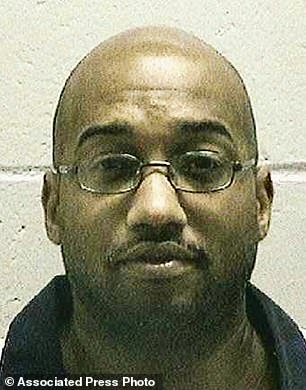 The U.S. Supreme Court rejected Butts’ request for a stay of execution about 45 before he was injected and the Georgia Supreme Court denied his request to appeal his ruling.

He declined an offer for a prayer and closed his eyes as he was placed on the gurney.

After he was injected he said: ‘It burns, man’.

Present at the execution chamber were the father and brother of victim.

Two minutes after he was injected he yawned, took a series of deep breaths, and was still for a minute before he was pronounced dead at 9:58pm.

He spent his final hours with two relatives and ate his last meal of a hamburger with bacon and two kinds of cheese, a rib-eye steak, chicken tenders, French fries, strawberry lemonade, and cheesecake for dessert.

In March 1966 after his Walmart attack he and his accomplice Marion Wilson Jr, 41, were both convicted of murder and armed robbery in the slaying of Parks. 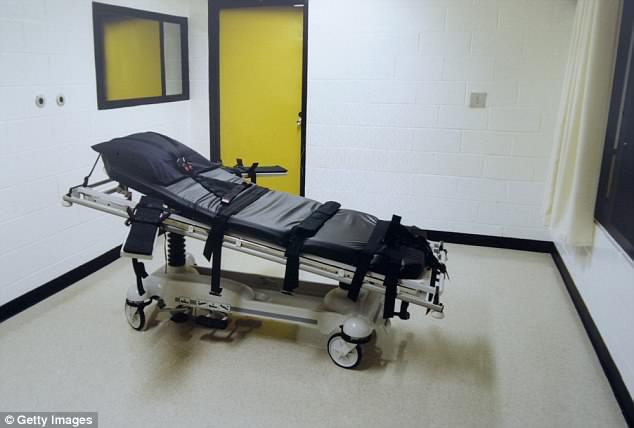 Place of execution: Butts is scheduled to die at 7pm on Friday by injection of the compounded barbiturate pentobarbital at the state prison in Jackson, Georgia (execution chamber pictured)

Juries in separate trials found sufficient evidence to sentence both men to death because Parks was killed during the commission of an aggravating felony, armed robbery. Wilson’s case is still pending in the courts.

Butts had been scheduled to die on Thursday, but won a short reprieve when the state Board of Pardons and Paroles issued a stay on Wednesday to allow it extra time to weigh Butt’s clemency request.

The board, which is the only authority in Georgia with the power to commute a death sentence, voted Thursday not to spare his life. The execution was rescheduled for Friday.

He was the second inmate executed by Georgia this year. Carlton Gary, convicted of raping and killing three older women and known as the ‘stocking strangler,’ was put to death in March.

Prosecutors said Butts and Wilson targeted Parks after standing behind him in the checkout line of a Walmart store in the central Georgia city of Milledgeville. They asked Parks for a ride, and he agreed.

A short distance from the store, one of the men showed Parks a shotgun and ordered him to pull over. Parks was dragged from the car and killed by a single shot to the head. Investigators later found a shotgun under Wilson’s bed. A witness said Butts had given the shotgun to Wilson to hold after the killing.

Authorities said Butts and Wilson were gang members who had gone looking for a victim when they drove Butts’ car to the Walmart store.

His attorneys insisted in a clemency application to the parole board that Butts wasn’t the shooter and asked to commute his death sentence to life in prison. 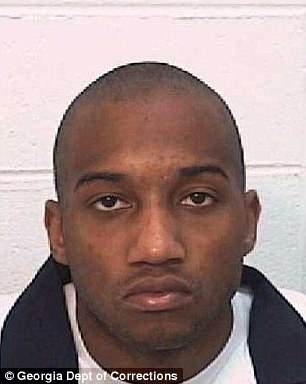 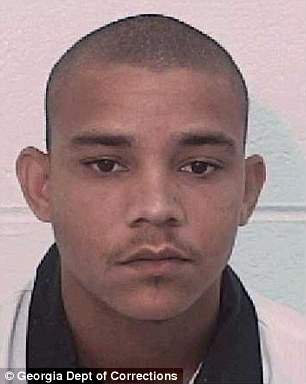 Butts was 18 (left) when he and accomplice Marion Wilson Jr (right) were arrested in 1996 for Parks’ murder, of which they were later convicted and sentenced to death

A jailhouse witness, Horace May, who testified at Butts’ trial that Butts confessed to being the shooter, has now signed a sworn statement saying he made the story up out of sympathy for Wilson, whom he also met in jail, Butts’ lawyers wrote.

Wilson also told May that the pair had agreed to steal Parks’ car but that Butts believed they would release Parks, according to the statement.

‘I think about Mr. Parks and that night every single day, going over it again and again in my mind,’ Butts said in a statement included with his petition. ‘There’s no excuse for what I did, and I’m tremendously sorry for what happened to Mr. Parks.’

Butts’ lawyers also argued to the parole board at the clemency hearing that evidence in the case indicates that Wilson consistently had possession of the gun used to kill Parks.

They also said there’s no evidence that Butts was a member of a gang or that Parks’ killing was gang-related. They wrote that the fact that the two tried to sell the car at a chop shop shows the crime was financially motivated.

In a flurry of recent court filings, Butts’ lawyers presented several reasons why they believe he shouldn’t be executed.

Given the nature of the crime, they argued, he likely wouldn’t be sentenced to death if he were prosecuted today. They also argued that his death sentence was ‘grossly disproportionate’ and that he should be resentenced.

They also argued his sentence was unconstitutional because although he was 18 at the time of the killing, his mental age and maturity lagged behind his actual age. Executing him would be like executing someone who was younger than 18 when his crime was committed, and that’s not lawful, they said.

His attorneys have also consistently said his trial lawyers were ineffective and failed to thoroughly investigate his case or to present mitigating evidence, including a childhood characterized by abuse and neglect, that could have spared him the death penalty.