A 48-storey skyscraper in the United Arab Emirates was engulfed in flames earlier tonight causing fiery debris to destroy cars lining the streets below.

The Abbco Tower, one of the largest skyscrapers in the city of Sharjah – which is located above Dubai in the UAE – was visibly alight with flames shortly after 9pm local time last night.

After breaking out on the 10th floor, the blaze crept up the block, and hailed burning concrete and glass on to the streets below, according to images and videos circulated on social media.

Though there were no fatalities in the fire, nine people were first treated for minor injuries at the scene, Colonel Dr. Ali Abu Al Zoud, Deputy Director General of Central Operations of Sharjah Police, told Gulf News. 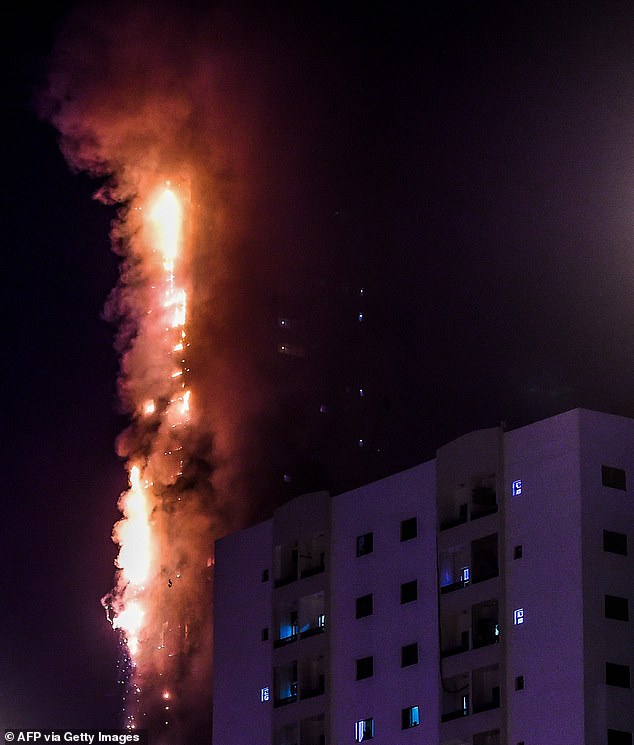 Pictured: The 48-storey Abbco Tower in flames in Sharjah last night after a fire broke out and tore through the building 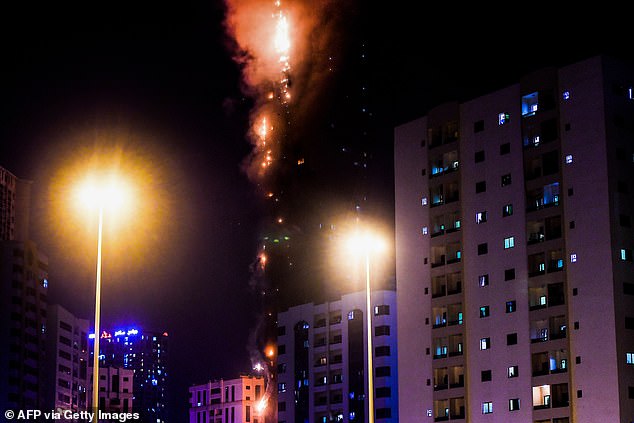 Pictured: People stand on a bridge and watch a fire that erupts in A 48-Storey Residential Tower in Sharjah last night

They reported that seven of the injured were then taken to a local hospital.

The colonel added that drones were used to reach the tops of the building to ensure that residents had not been left inside.

Dozens of firetrucks were deployed to the scene after the fire broke out and they’re now working to cool the building, which was mainly made up of residential flats.

The 250 displaced families who were evacuated have been provided with alternative accommodation, the colonel said. 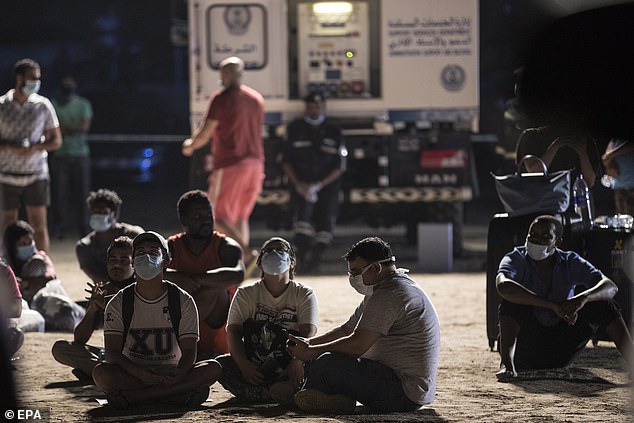 Residents of the burning high-rise building look on as fire fighting efforts are ongoing, in Sharjah, United Arab Emirates, this morning 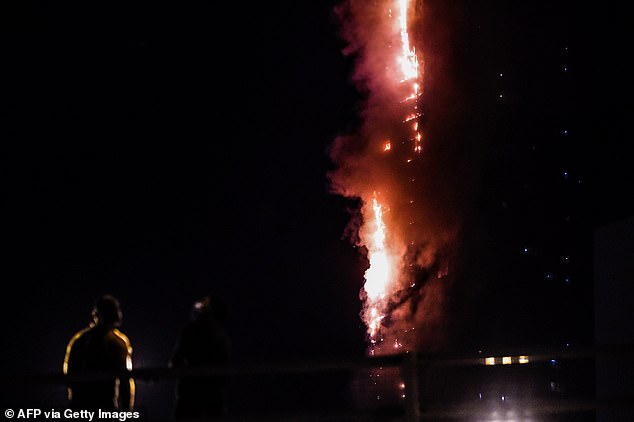 Residents told Gulf News they realised the fire early and got out of the building as soon as possible, with many taking refuge in their cars nearby.

Five other buildings were also evacuated for safety.

‘We heard commotion and then saw fire trucks within a few minutes. We were scared and left with the whole family,’ said Samantha, who lived in a nearby building.

Officials did not know the cause of the fire last night but said the main cause of residential blazes in Sharjah last year involved short circuits and cigarette butts not being put out properly.