Peyton Bowen has signed his national letter of intent.

Nope. Bowen, a five-star safety, signed with Oklahoma on Thursday.

Chosen for being an elite athlete and great competitor. Welcome to the Oklahoma family @PeytonBowen10!

Bowen, a native of Denton, Texas, had been verbally committed to Notre Dame for almost a year before he pulled a stunner Wednesday, the first day of the early signing period. Bowen announced his commitment to Oregon and even pulled the classic signing day fake-out, putting on a Notre Dame hat before switching to an Oregon hat.

The five-star Denton Guyer safety flips from Notre Dame to the Ducks. pic.twitter.com/597uOxGqFn

However, as the day progressed, it was clear that this saga had not ended. Oregon never announced Bowen as part of its signing class, meaning Bowen never sent his signed NLI to the school.

That left the door open for other schools, and Bowen ultimately decided on Oklahoma.

In a statement, Bowen thanked the coaching staffs at both Oregon and Notre Dame and apologized for how he handled things Wednesday.

“As I reflect on yesterday’s whirlwind I recognize that I made some mistakes that I regret and will learn from. Navigating this process has been a rollercoaster,” he wrote.

“Oregon and Notre Dame faithful, I am sorry for how I handled this process. Changing my decision on signing day, the hat pump fake, all of it could have been handled better. I can’t change what I did but this experience is something I will learn from.”

Respect my Decision just want peace for me and my family
Boomer Sooner ⭕️U!! pic.twitter.com/ERfET7lIyG

Bowen said that after announcing Oregon as his choice, he quickly “came to the realization that the decision was not the best path for me.” And with regard to Notre Dame, Bowen said he realized his “heart was somewhere else,” not in South Bend.

Despite the verbal commitment to Notre Dame, which dated to January, Bowen took multiple visits to other schools throughout the year, including Oklahoma and Texas A&M. In fact, many thought that if Bowen flipped his commitment, it would be to Oklahoma.

“Oklahoma has always felt like home to me. Reflecting, it seems as if I was looking for a reason to branch out and break away from home. But my relationships with Coach Venables, Coach Bates, Coach Valai, Coach Hall and Coach Chavis, along with my ties to friends and family locally ultimately led me back to where I always belonged,” Bowen wrote.

The 6-foot-1, 185-pound Bowen is ranked No. 10 overall in the class of 2023 by Rivals. He is considered the second-best player in the state of Texas and the second-best safety in his class.

Bowen is the highest-rated player in Oklahoma’s 2023 class, just ahead of high school teammate Jackson Arnold. Arnold, a quarterback, is No. 13 overall in the class and also considered a five-star prospect.

With the addition of Bowen, Oklahoma is up to No. 7 in the Rivals team rankings for 2023. 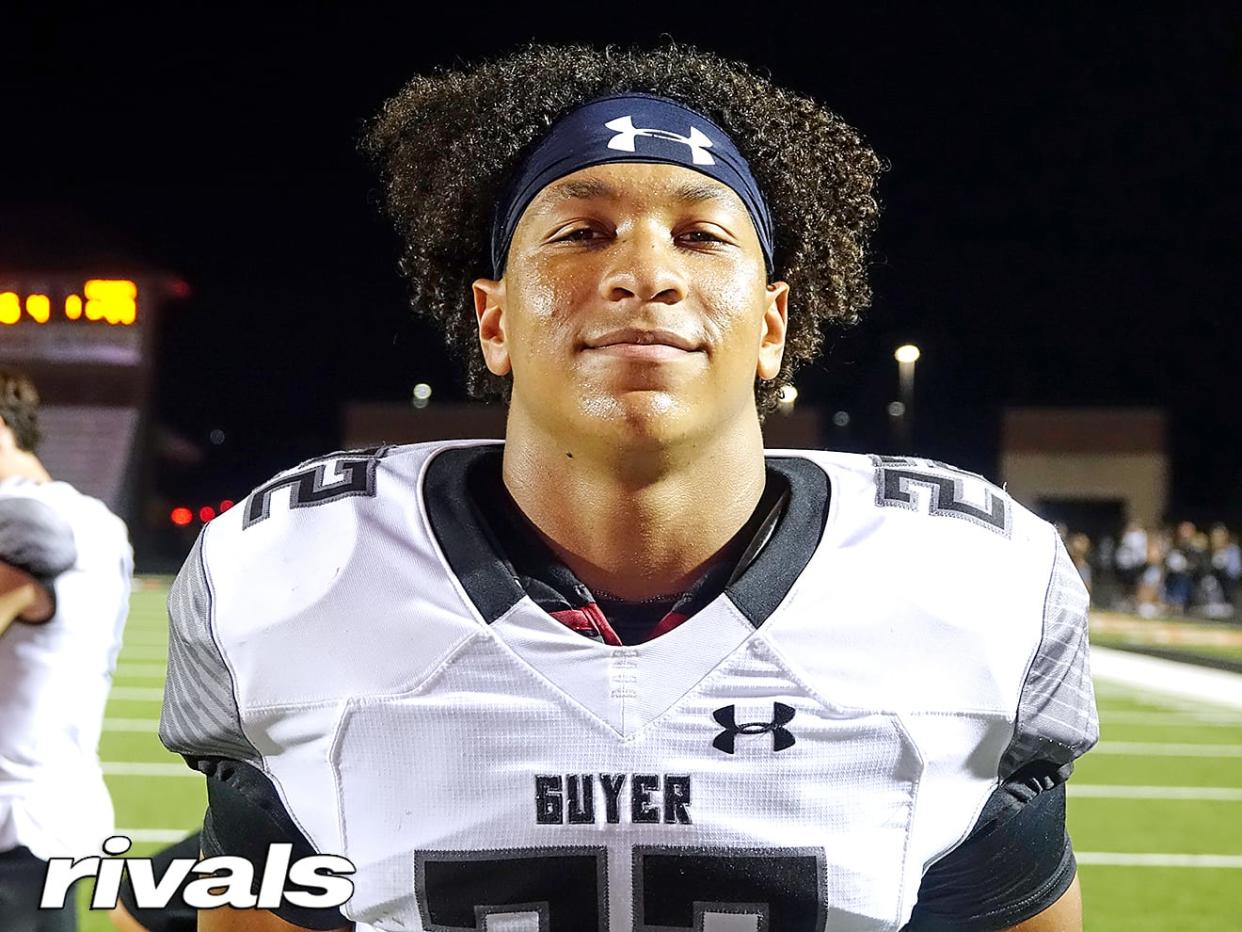