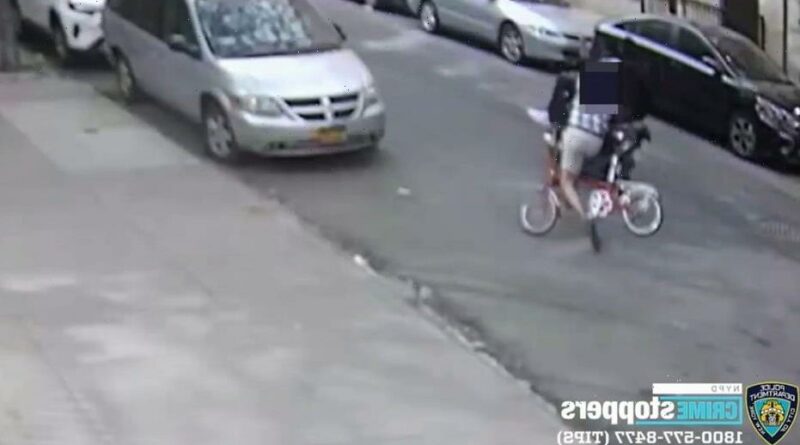 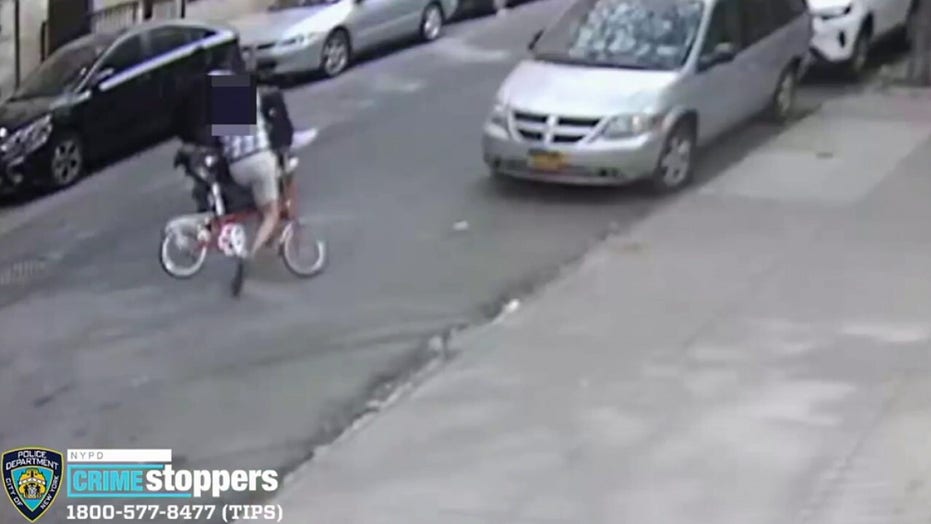 Cyclist viciously knocked over by someone riding scooter.

Police in New York City released surveillance footage Wednesday showing two suspects on a scooter viciously knocking over a cyclist in May.

The unidentified victim, a 63-year-old man, was riding his bicycle on Cabrini Boulevard in the Washington Heights neighborhood of Upper Manhattan on May 16 at around 3:45 p.m. when he was approached by two people on a scooter.

Video footage obtained by Fox News shows the pair striking the man with the scooter and kicking him, causing him to fall onto the ground near a parked van. The suspects did not stop.

The man took himself to a hospital for treatment of abrasions to his hands and knees, police said. Authorities released the footage in an effort to identify the two riders.