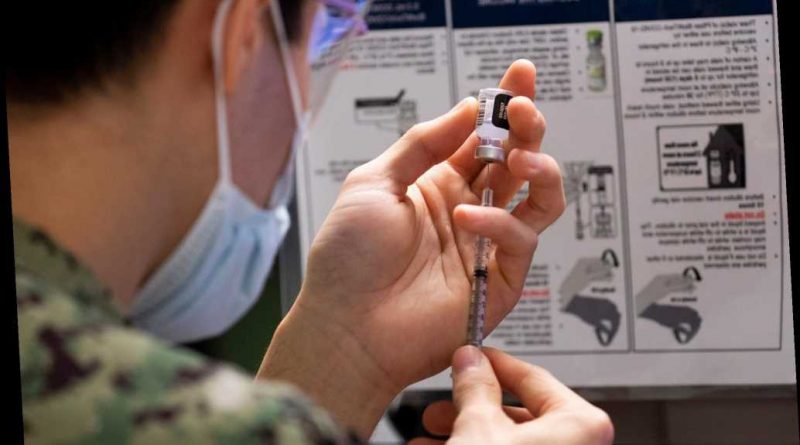 FDA grants Moderna permission to increase doses in each vial from 10 to 14: report

‘Tanking’ the impeachment trial and other commentary

Sailors are eagerly rolling up their sleeves for COVID-19 vaccinations, according to new Navy data.

About 70 percent of sailors who are offered the vaccine have accepted it, a higher rate than in the general U.S. public, the U.S. Naval Institute reported on Friday.

Only between 58 and 69 percent of Americans overall intend to get vaccinated, the Journal of the American Medical Association reported in December.

Navy officials say they want still more sailors to get the jab, and they credit an eduction campaign with the success they’ve had so far.

“We’re trying to get the facts out there to dissuade the disinformation that’s in social media and other places with respect to the safety of the vaccine,” Chief of Naval Personnel Vice Adm. John Nowell told reporters.

The vax-acceptance rate is 90 percent among the Iwo Jima Amphibious Ready Group and the 24th Marine Expeditionary Unit, and 80 percent aboard the soon-to-deploy Eisenhower Carrier Strike Group, where 5,000 sailors plan to take the shot this weekend.

The Navy has been hard hit by the coronavirus.

In January, the USS Chafee, a Navy warship docked in San Diego, was hit with a COVID-19 outbreak, with at least 41 of 350 crew members on board testing positive.

In July, the USS Theodore Roosevelt returned to San Diego after a massive outbreak on board. Over time, some 1,150 of the 4,800 crew members tested positive, with one sailor dying.

The Roosevelt’s former Capt. Brett Crozier notoriously was fired after urging his commanders to take faster action to stem the virus’s rampage through his ship; Navy brass maintained that his “loose lips” put the crew at greater risk and slowed the response of aid.

Vaccination is voluntary throughout the American armed forces; the Pentagon does not have a central tracking system to track how many are refusing or deferring shots, USNI reported.