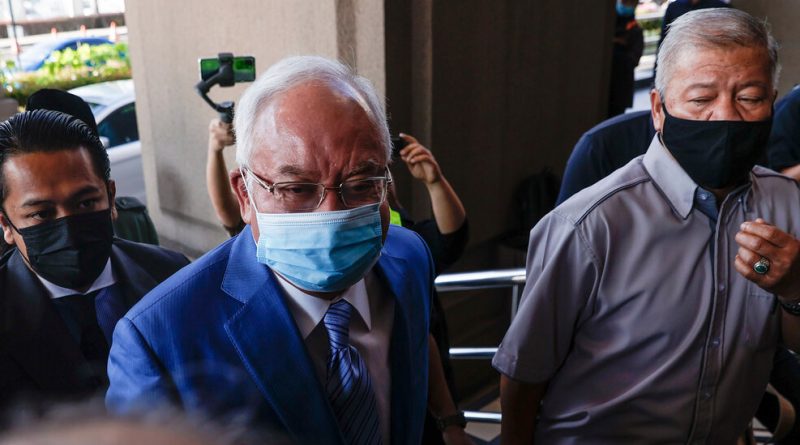 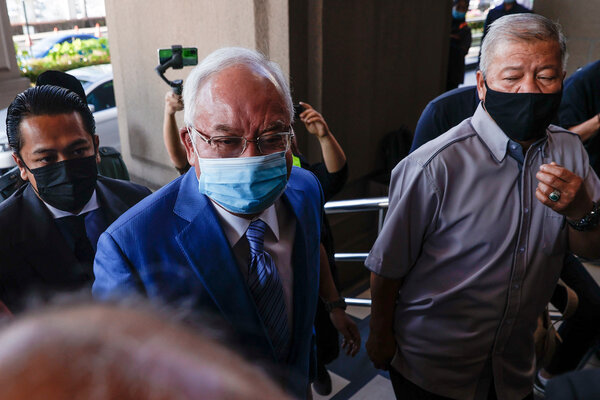 Malaysia’s former prime minister Najib Razak is appealing last year’s conviction on charges of stealing hundreds of millions of dollars. And he is fighting similar charges in four more trials. But there is one violation he freely admits: breaking a coronavirus rule in a restaurant.

“I confess,” he wrote on his Facebook page on Friday. “I accept both criticism and insight.”

Mr. Najib’s infraction occurred when he went to eat at the Chee Meng Chicken Rice Shop in Kuala Lumpur but did not register with a phone app, as required, on arrival. He called it an “accidental mistake.”

A video widely shared on social media showed him and his entourage casually strolling into the restaurant.

He encouraged the authorities to issue the appropriate fine of about $365, and said he would take advantage of an “early-bird” special offered by the government. If he pays the fine within seven days, he noted, he would get a 50 percent discount.

“The police will call me,” he said in another post on Saturday. “I’m going to cooperate.”

“At least the police can identify me because of the HD video,” he added, taking a swipe at another politician who was accused of appearing in a low-resolution sex video but who was never positively identified.

Because of the scandal over missing money from the government investment fund, 1Malyasia Development Berhad or 1MDB, Mr. Najib ruling coalition lost its grip on power in the 2018 elections for the first time since independence in 1957. He was ousted as prime minister but re-elected to Parliament by his district.

He has been accused of siphoning off at least $4.5 billion from the fund, which he created and oversaw. Much of the money is said to have ended up in his personal back account and in the possession of family members.

In July, he was found guilty on seven corruption counts and sentenced to up to 12 years in prison. He was also fined nearly $50 million.

In October, one of his trials recessed for two weeks because Mr. Najib was required to go into quarantine after traveling to the state of Sabah, a coronavirus hot spot at the time. He faces more than two dozen corruption charges in that trial.

Mr. Najib, who is attempting to restore his reputation, appeared to be using the incident at the chicken rice shop as a way of highlighting the special treatment received by other high-ranking officials who have violated coronavirus regulations without penalties.

“No double standard in my case,” he said. “Other people, other parties, ministers I don’t know.”