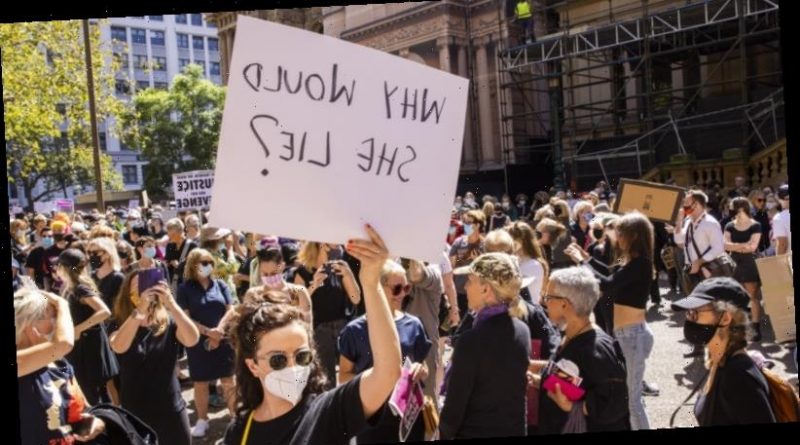 I was there with my spouse and my three kids, when we marched across the Sydney Harbour Bridge for reconciliation in 2000 but, 21 years later, there are more Indigenous children in out-of-home care than there ever were back then, continued deaths in custody, life gaps, education gaps, wage gaps.

This is a letter of love and a reminder to all the women and the few men who marched for justice for women across Australia on Sunday and on Monday that this cannot end here. We must march on tomorrow. The work must continue if we are to have any chance of making an impact. 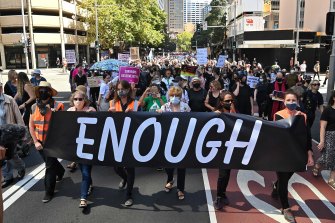 Megan Davis, Aboriginal constitutional lawyer and pro vice-chancellor Indigenous at UNSW, is hopeful. She reminds us all that civic engagement, protests, marches, etc, are levers for citizens to make their views heard outside the ballot box, particularly for relatively small groups, such as First Nations people. But, she agrees, no one could say those reconciliation marches made a difference to First Nations lives on the ground.

“If anything, the Bridgewalk gave way to a decade where Howard rejected the recognition, rights and reform. The Bridgewalk had no impact because the political winds changed. Four years later Labor supported repealing ATSIC alongside Howard.

“It took 17 years to recover from that and turn around the political preference for symbolism with the Uluru Statement and the call for an enshrined political voice that both parties can’t tinker with on a whim.”

In contrast, the 2007 Your Rights At Work protests made a difference, and Davis believes the women’s March 4 Justice will make a difference too.

“Australian women are not a minority, we are a majority of the Australian people and we fall across all socio-economic classes and it’s not easy to ignore the demand for justice and gender equality. Particularly when ballot box democracy is a numbers game.” 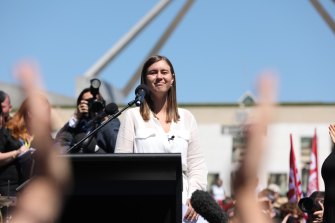 But historian Michelle Arrow, of Macquarie University, on her way to the Sydney march, reminded me that this is not a good time to work for a better world for women. “Conservative governments are never as inclined to support women’s initiatives,” she says. Understatement. Between John Howard and Tony Abbott, so much of the important work, the women’s budget statements, the gender analysis, a powerful and respected Office for Women, all undone. Now we have Christian Porter dismantling the Family Court, defunding women’s services. The great undoing continues even as we march and Gaia only knows how many perpetrators will be outed on both sides before this is done.

“The whole system is incapable of addressing what needs to be done to both prevent sexual harassment or to improve and make fit-for-purpose the legal systems which purport to deal with it,” says Marie Coleman, long-time feminist activist. If we had a government that functioned in women’s interests, she said, an attorney-general would be tasked with convening a meeting of state and territory attorneys to find a national and consistent approach to sexual assault in the courts. But that is not what we’ve got.

Arrow marched for many reasons but partly to honour the memory of a schoolfriend murdered by her ex-boyfriend. And she loved the bigness of the march and the feeling of solidarity and diversity. But she has one word of advice: “If you don’t think violence against women is acceptable then use that anger at the ballot box to vote these guys out.”

And that’s the kind of electoral intent the Prime Minister would have heard from women at the marches across the country. Instead, he stood up in Parliament and told women how lucky they were. He said: “This is a vibrant liberal democracy, Mr Speaker, not far from here, such marches, even now, are being met with bullets. But not here in this country, Mr Speaker.”

So let me respond with one of my favourite placards, Mr Morrison. “Be grateful women want justice, not revenge.”

Jenna Price is a visiting fellow at the Australian National University and a regular columnist.