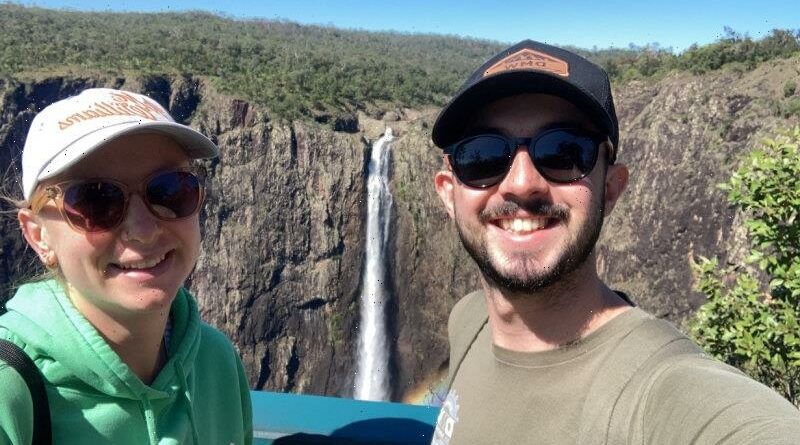 A record number of Australians moved to another state or territory through the second half of the COVID pandemic, with tens of thousands fleeing lockdowns and high infection rates in a demographic earthquake that could reverberate for years.

Almost 500,000 people moved interstate in 2021, a 20 per cent increase on the previous record set in 2002, with NSW suffering its biggest net loss of residents to other parts of the country in more than three decades. 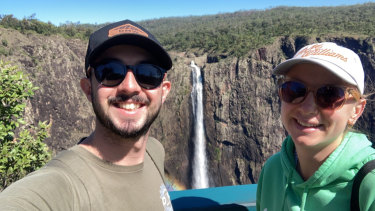 Sarah and Gideon van Zyl … enjoying the Wallaman Falls near Townsville after moving to Queensland from Mildura on the Victoria/NSW border.

Despite ongoing border restrictions, people moved en masse to Queensland and Western Australia while regional centres across the country also welcomed new residents from far-flung parts of the nation.

Sarah van Zyl and her husband Gideon moved to the north Queensland city of Townsville from Mildura on Victoria’s border with NSW, in a three-day road trip over the new year.

She said the main reason for the move was so her husband could take an entry course to study veterinary medicine. But having grown up in Mildura, van Zyl was also just keen for something new.

“Being locked down so much [during the pandemic], that kind of spurred me to really want a change,” she said.

Data from the Australian Bureau of Statistics show a surge in the number of people prepared to move interstate through the second half of 2021 as NSW, Victoria and the ACT emerged from their lockdowns.

In NSW alone, 460 people a day left the state through the final six months compared to 303 who moved in. More than 83,100 people left NSW, the biggest outflow over a six-month period in records dating back to 1981.

NSW lost residents to every state and territory through 2021 including a net 3737 to Western Australia and a net 2681 to South Australia.

Queensland was the go-to state for NSW people with a net 44,700 moving north of the Tweed through 2020 and 2021. Two-thirds of those moved last year.

The sunshine state received a record net 80,056 interstate migrants through the two pandemic years, almost double the number that moved there in 2018 and 2019. Through the final three months of 2021 it gained a record 191,147 residents from other parts of the country.

Western Australia had its largest inflow in a three-month period on record as more than 13,000 people crossed the Nullarbor in the final three months of 2021. South Australia, which lost a net 8535 people in 2018 and 2019 through interstate migration, gained more than 1100 residents during the COVID-19 years.

Australian National University demographer Liz Allen said it appeared the pandemic, and its associated lockdowns, had contributed to the surge in people moving about the country.

“It’s not surprising that the states most impacted by lockdowns during the COVID period have seen the most intense and historically significant movements to other states in Australia,” she said.

Dr Allen said it could take years before the full ramifications of the pandemic and its impact on various states and territories was fully understood. 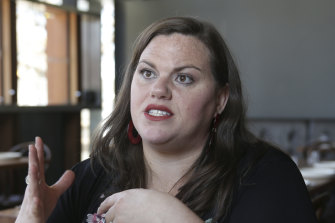 Dr Liz Allen says the shift by people around the country after Covid lockdowns could have long term repercussions on many communities.Credit:Alex Ellinghausen

“We need to better understand how Australia fared during COVID, beyond the headline COVID health statistics and the economic statistics. We need to understand more about this has affected the country,” she said.

“I don’t think at the moment we have a full grasp of its impact. The trauma faced by many could be a slow-moving train that we won’t see the impact of for some time down the track.

“We won’t know for years, maybe five years, that sort of impact.”

For van Zyl, moving to a tropical city has been a big change, but she said she was loving everything north Queensland had to offer.

“It’s just been great for us to leave where we lived for so long and spread our wings a bit and try something new,” she said. “We’re loving the adventure.”

For others, moving is less about adventure and more about stability.

Housing affordability has been a key issue. The median house price in Sydney, Melbourne and Canberra – which all went through extended lockdowns – all reached $1 million or more during the pandemic.

Damian Coates moved back to Perth in September last year after spending about six years in Melbourne. The main driver was being able to see family and friends again after strict border controls and lockdowns prevented interstate travel for much of the pandemic.

Another important factor in his decision to move back west was the prospect of buying a home.

“Now I’m in the process of buying a property as well, which I’d pretty much ruled out in Melbourne,” he said.

“Here it’s still tough, but it’s within the realms of possibility.”