Prince George has been taken along on a grouse shoot by his father while on a family holiday in Scotland.

The seven-year-old watched as Prince William, 38, and other senior royals spent the morning bagging birds in Corgarff, a short drive from Balmoral, on Saturday.

It is not the first time that the young prince has watched a shooting party from the sidelines.

And it shows that George, the third in line to the throne, will very much be brought up in the country sports tradition that the royals enjoy, despite continuing condemnation from anti-bloodsports campaigners.

Both William and his brother, Prince Harry, hunted and shot from a young age. They were so enthusiastic that their mother Diana, Princess of Wales, jokingly dubbed them her ‘Killer Wales’. 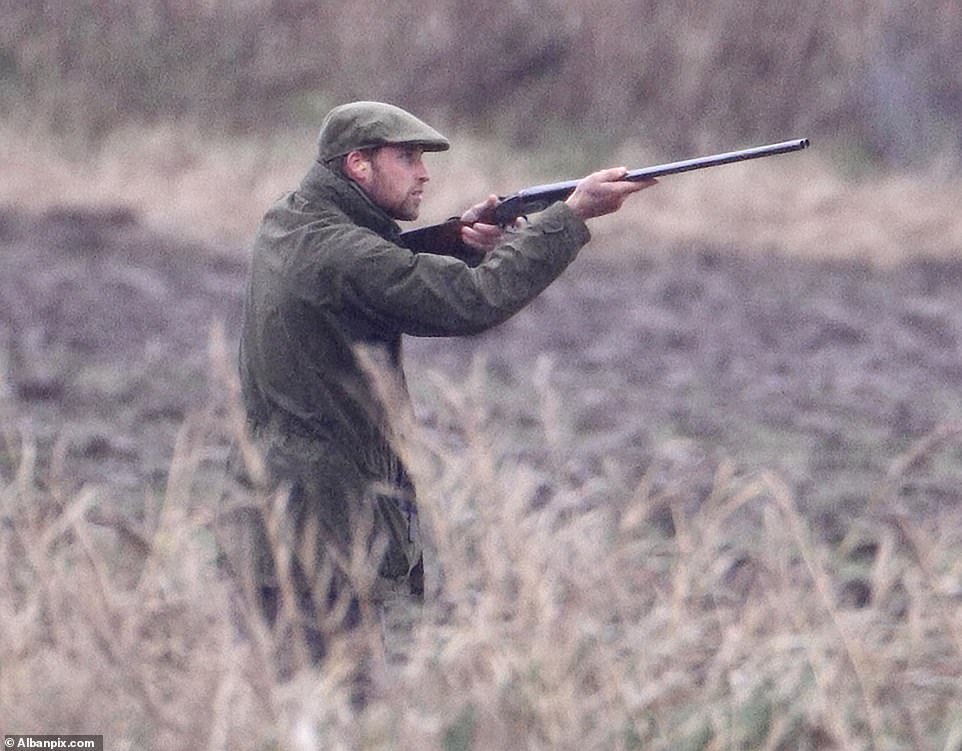 Prince Willaim sporting a beard while on a shoot at the Sandringham estate in December 2008. On Saturday, he took his seven-year-old son George on a grouse shoot in Corgarff, near Balmoral

The Duke and Duchess of Cambridge spent several days in Scotland last week with their three children visiting the Queen. Kate, 38, is believed to have accompanied William and George on Saturday, leaving Charlotte, five, and two-year-old Louis at their lodgings. Kensington Palace declined to comment.

Royal sources said Princess Anne and her husband, Vice Admiral Tim Laurence, were also present, as was her son Peter Phillips, who was staying on the estate with his daughters, Savannah and Isla. It is not believed that Mr Phillips’s estranged wife Autumn was with them. The couple announced earlier this year that they were amicably divorcing. 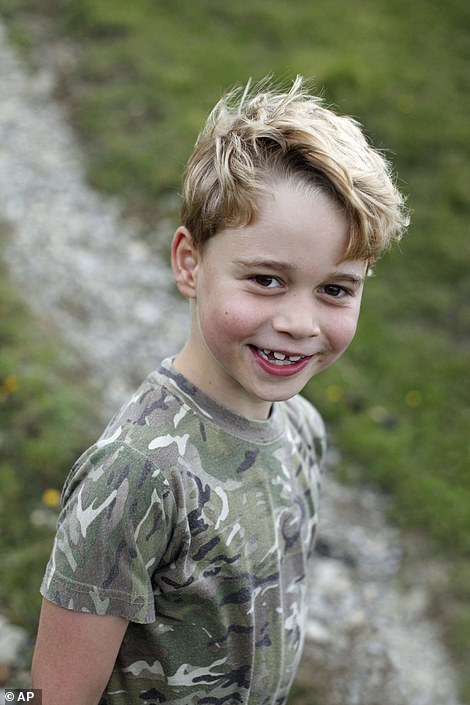 Prince Edward and son James, Viscount Severn, 12, also took part in the shoot and were joined by his wife Sophie and daughter Lady Louise, 16, for lunch.

Neither the Queen, who still attends the lunch parties, nor Charles and Camilla were believed to have been present – possibly because the 94-year-old sovereign was concerned about breaking her ‘Balmoral bubble’.

Although many summer shoots take place in the hills above her Aberdeenshire estate, the monarch also owns 2,940 hectares of private grouse moor at Corgarff and 4,688 hectares of sporting rights rented from a neighbour.

The grouse-shooting season extends from August 12 – the ‘Glorious Twelfth’ – to December 10. The Royal Family has a long tradition of bloodsports, although the Queen has taken steps in recent years to prevent them from being photographed doing it.

On his last ever shoot in 1952, the Queen’s father, George VI, and his party shot 90 pheasants, 17 rabbits, two pigeons and three mallards at Sandringham.

Until recently Prince Philip – who found himself the subject of protests when he shot a tiger in India in 1961 – has been at the forefront of the royal shooting parties.

In 1993, he apparently hit his target of 10,000 pheasants during a seven-week stay at Sandringham.

Prince William has periodically walked a fine line with his passion for bloodsports and high-profile conservation campaigns.

He was heavily criticised in 2014 for flying off with Harry on a boar hunting trip on the Duke of Westminster’s Spanish estate days before taking part in a campaign to highlight poaching and the illegal wildlife trade.

None of the animals they killed were protected species. Kensington Palace officials have always defended his participation, arguing that legal and well managed private hunting and shooting is very different from the illegal wildlife trade, which William has led the field in trying to combat.

The Duchess of Cambridge, then known as Kate Middleton, on a shoot at the Sandringham Estate in December 2008 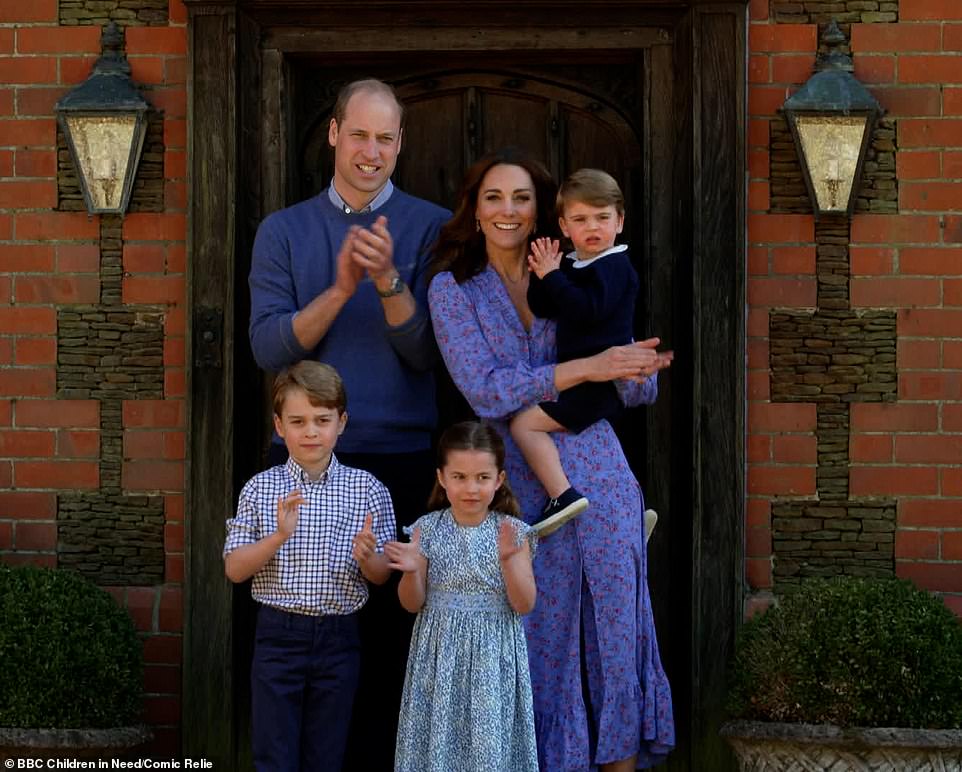 His United For Wildlife initiative has been lauded for its efforts to protect endangered species such as elephants, rhinos, tigers and pangolins.

Even Kate has been photographed with a gun in her hands over the years, having shot grouse and pheasants. She and her parents, Michael and Carole Middleton, have been taught to stalk deer on the Queen’s Scottish estate.

Since meeting his wife Meghan, Harry has hunted significantly less – although he did take part in the annual Boxing Day pheasant shoot at Sandringham in 2018. The duchess is known not to approve, although claims she had ‘banned’ him were wide of the mark.

Animal welfare groups such as the RSPB acknowledge that some grouse moor owners invest significantly in management practices and infrastructure.

But they have expressed concern about practices such as vegetation burning, predator control and use of all-terrain vehicles. 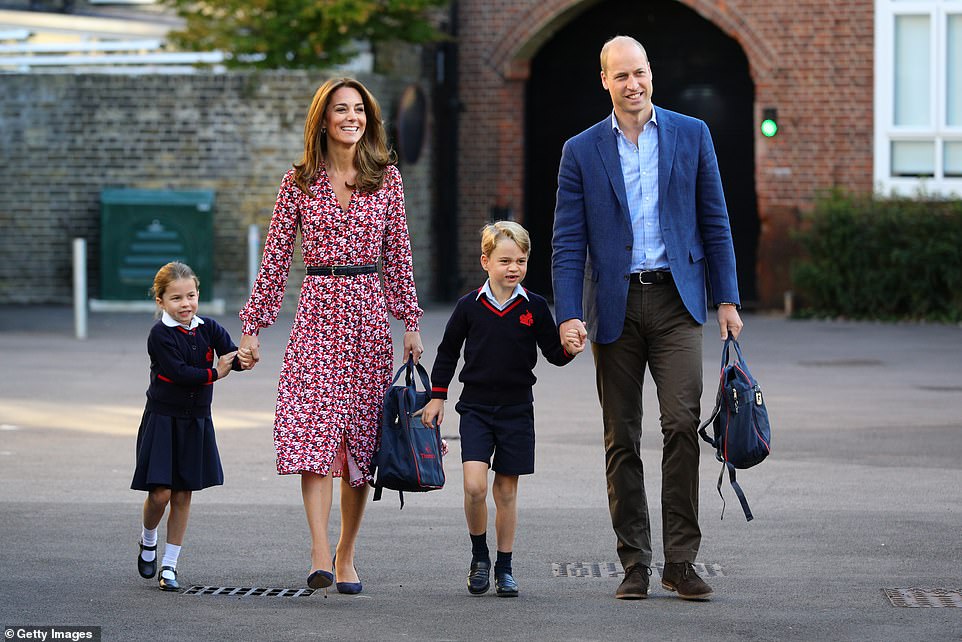 Princess Charlotte arrives for her first day of school, with her brother Prince George and her parents the Duke and Duchess of Cambridge, at Thomas’s Battersea in London on September 5, 2019 in London, England