How do you milk a fortune? It’s oat so simple! A vegan milk that started in a science lab is taking the world by storm… and now stars including Oprah Winfrey and Jay-Z have backed it to the tune of £157m

Businesses all over the world may be fighting for survival but, at one HQ in Europe, they were discreetly popping the champagne corks last week.

It had just been announced that celebrities including Oprah Winfrey, Oscar-winning actress Natalie Portman and rapper Jay-Z had invested £157 million into a particular Swedish company — talking its value to almost £2 billion.

So what high-end product were they peddling to gain such high-profile support? Beauty supplements, designer clothing, luxury gadgets? No, it was oat milk. 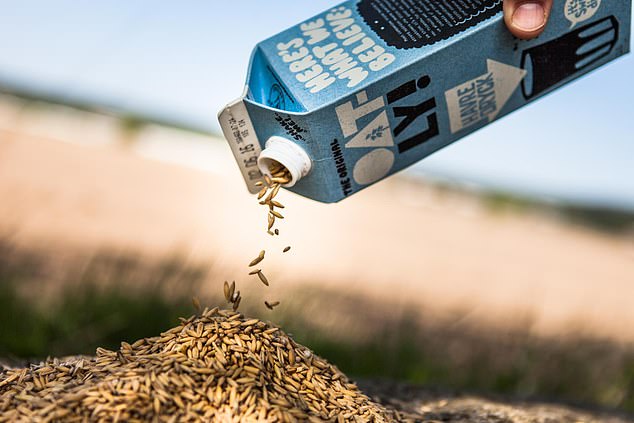 The stellar endorsement of Oatly comes on the back of a raft of celebrities ditching dairy and embracing a vegan lifestyle, including Beyonce and Madonna.

Oatly has been bobbing along in the shadows for a while, since it was first dreamed up by a Swedish food scientist during a lab experiment in 1994, more of which later.

But, in the past four years, it has experienced a meteoric rise, from being used in a single coffee shop in New York to being at the forefront of the trend that has seen oats become the fastest-growing non-dairy product in the world.

That’s despite the fact oat milk costs almost twice as much as regular milk, with a litre of Oatly costing £1.50, compared to around 80p for the dairy kind.

Oatly is made by adding enzymes to raw oat kernels to liquefy them. Once the oats are broken down, rapeseed oil is added for flavour and consistency, along with a sprinkling of calcium carbonate, calcium phosphates, iodised salt, and vitamins.

Oatly’s success is thanks to an ingenious marketing ploy — which actually cost it a pittance.

When it launched in the States in 2016, rather than opting for wall-to-wall advertising it targeted a handful of trendy coffee shops. Everything hung on getting hugely influential baristas to act as oat milk ambassadors.

The strategy paid off. Baristas loved Oatly. Unlike its trendy dairy-free rivals — such as almond milk — oat milk feels very similar in the mouth to dairy, and it frothes up a treat in lattes.

Within a year, Oatly had spread from ten New York coffee shops to 1,000 nationwide, and soon started branching into shops, as well.

‘Baristas hold a lot of clout,’ explains Sarah Fletcher, Oatly’s communications and public affairs lead. ‘Customers listened to them, liked the taste and then began buying cartons themselves.’ 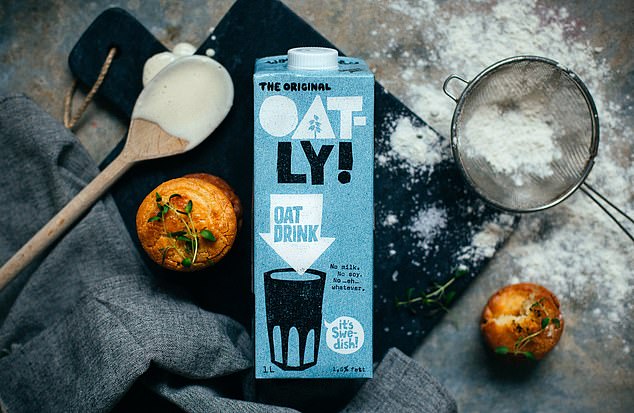 Oat milk costs almost twice as much as regular milk, with a litre of Oatly costing £1.50, compared to around 80p for the dairy kind

By 2018, Oatly was selling in some 3,000 cafes and shops. Then, what could have proved the ultimate roadblock to its success actually sealed its stratospheric rise.

As Oatly battled to scale up production to cope with demand, supplies started running dry. But rather than alienating customers, it led to panic buying, which proved to be great publicity.

It has since ramped up production by a staggering 1,250 per cent, with new production plants in the U.S. and Canada to complement its Swedish headquarters.

It now also produces a special ‘Barista’ version designed for coffee, containing a vegetable oil that has been made from non-genetically modified crops.

The oil gives it a higher fat content, creating that dairy-like froth that other milk alternatives struggle to achieve.

So what about those A-list stars and the millions they have pumped into the firm?

In Oatly, image-conscious celebrities are convinced they have found the perfect drink.

As well as boosting their vegan credentials, it claims to be ethically and environmentally sound, with Oatly saying that the carbon emissions required to produce a carton are 80 per cent lower than to produce milk, and the Good Food Institute declaring oats to be sustainable.

It’s an extraordinary coup for brothers Rickard and Bjorn Oste.

It was while investigating lactose-intolerance and sustainable food systems at his science lab at the University of Lund, that food scientist Rickard had his Eureka moment.

Why not make a drink out of oats, which are high in essential nutrients and anti- oxidants? The result proved so successful that his brother, Bjorn, joined him to found Oatly in 1994.

At first, getting anyone to agree that oats belonged anywhere other than in a bowl of porridge proved an uphill struggle.

For almost two decades, if we had heard of Oatly at all, it was probably to dismiss it as a slightly cranky Scandinavian health brand. But the door has now been kicked wide open.

Sales of non-dairy milks in the UK have catapulted from £136 million in 2010, to more than £450 million today. And with many more of us adopting a diary-free lifestyle, the market is set to grow rapidly.

According to research company Mintel, almost 25 per cent of us now drink non-dairy milks.

Waitrose now sells more than 60 alternatives to dairy milk — including almond, coconut, hemp and, of course, oats, with food scientists working to achieve the holy grail of dairy-free milk — a drink that tastes so like the real thing we’ll drink it straight from the carton.

So, are they on to a winner, or will the alternatives ruin a perfectly lovely cuppa? Here, we put them to the taste test…

So which non-milk milk is your cup of tea? 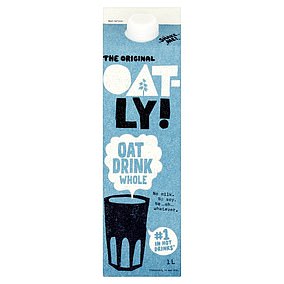 Oatly is made of water, with ten per cent fibre-rich Swedish oats and added vitamins. Rapeseed oil adds creaminess.

ON ITS OWN: Deliciously creamy, with only the tiniest, inoffensive oaty whiff, to tell me this isn’t dairy. 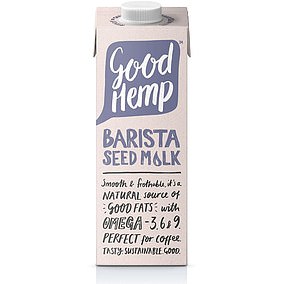 Made by blending hulled hemp seeds (four per cent) with water and adding malt extract, and packed with nutrients. The Devon-based company promises one hectare of hemp offsets a year’s carbon from two cars.

ON ITS OWN: I feared this might have a beery whiff. But it’s creamy with a slightly nutty, bitter taste.

IN TEA: Ugh. Oily flavour is a disaster. 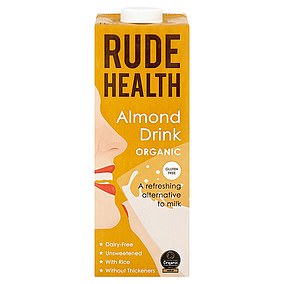 Organic rice gives texture and almonds (a surprisingly weeny two per cent) give taste to this long-life version. However, almond milk has been beset by concerns, with a single glass requiring 74 litres of water to grow.

IN TEA: The slight sweetness of almonds complements tea. 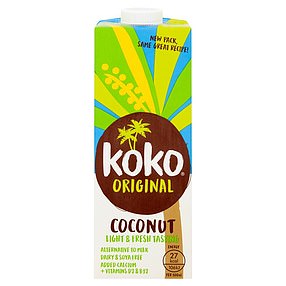 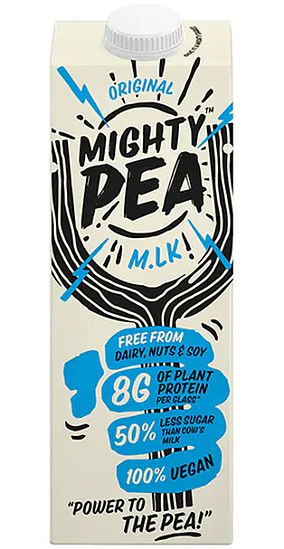 Coconut milk is extracted from grated coconut pulp. Koko drinks are free from all 14 major allergens including gluten and soya, and unsweetened coconut milk is high in calcium and vitamin B12. Coconuts trees help filter harmful greenhouse gases. However, demand has led to parts of rainforest being destroyed.

ON ITS OWN: It tastes bland and is disappointingly watery.

IN TEA: Surprisingly good — it’s the closest thing to semi-skimmed milk I tried.

Made from four per cent yellow split peas, this is packed with protein and high in calcium. Fans say peas are super sustainable, as they require far less water than nut crops, take up less acreage and even put certain nutrients back into the soil.

IN TEA: The slightly nutty taste and synthetic smell are rather overpowering.