Despite the prevailing narrative that murders and violent crime are mostly problems facing populous, Democratic-run cities like New York and Chicago, data shows the reality is far more complex.

Homicides are on the rise across the nation this year, according to data shared with Yahoo News from analyst Jeff Asher. A report by the Council on Criminal Justice found that the homicide rate this past summer (June, July and August) was roughly 53 percent higher than it was during the summer of 2019.

The FBI reported recently that the number of murder and nonnegligent manslaughter offenses between January and June rose by nearly 15 percent compared to the same period last year.

Most experts stress that violent crime rates are due to a myriad of factors that have nothing to do with mayoral leadership, which the Trump administration has frequently cited as the cause of crime surges in cities such as New York; Portland, Ore.; Seattle and Chicago. Trump has repeatedly disparaged Democratic mayors for the crime issues in their cities as he hammers his “law and order” message. The Department of Justice recently labeled New York, Portland and Seattle “anarchist jurisdictions,” in part because of the cities’ struggle with violent crime.

“The pandemic has affected police presence and police activity in cities,” Richard Rosenfeld, a criminologist at the University of Missouri-St. Louis and co-author of the Council on Criminal Justice report, told Yahoo News. “And it’s prevented the police from doing some of the things that they could do before the pandemic that helped to keep crime in check. The political affiliation of the mayor doesn’t have anything to do with what we’re seeing in our cities right now.”

In a New York Times article published last week, Asher said that in 59 cities with murder data available through at least July, murder is up 28 percent compared to around the same time last year. In Democratic-led cities, Asher said, murder is up 29 percent, while in cities with Republican mayors, such as Colorado Springs, Colo., and San Diego, it’s up 26 percent compared to last year.

Asher notes in the Times that the mayoral leadership in the U.S. is overwhelmingly Democratic, but drives home the point that a city leader’s party is irrelevant to the city’s crime rate. 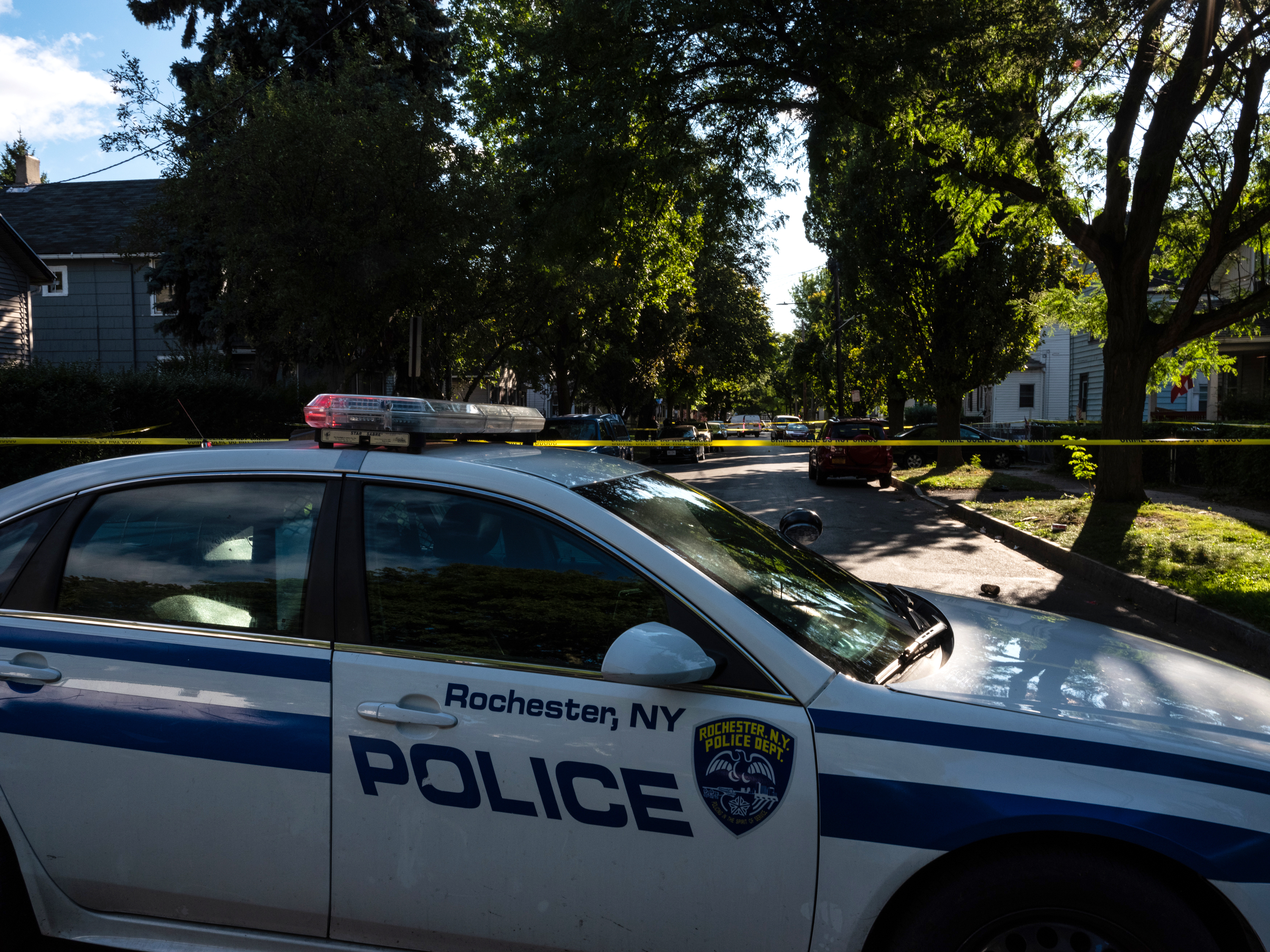 “There’s clearly a worrisome trend nationally,” Asher told Yahoo News, “that goes well beyond the political party of the person that’s in charge.”

It’s not unusual to see crime spikes during the warmer, summer months. But the spikes in homicides and serious assaults, Rosenfeld said, are above what “we would typically see just because of the change in seasons.”

Homicides and aggravated assaults rose beginning in late May and June, according to the report updated last month from the Council on Criminal Justice, which analyzed crime data in 27 cities. The report says homicide rates increased by 53 percent between June and August of 2020, compared to the same period in 2019. Aggravated assaults rose by 14 percent.

The spike took place around the time the period of social unrest began after the killing of George Floyd in Minneapolis, the report says. But Rosenfeld told Yahoo News that one can only speculate whether the two events are linked. “That’s a complicated connection,” he said. Besides containing the pandemic, the report says, pursuing effective crime control strategies and enacting police reform are necessary to reduce violent crime.

The issue of rising homicides isn’t limited to big cities. Data from the FBI’s preliminary crime report, released Sept. 15, shows that cities with under 10,000 people saw a 22 percent increase in murders between January and June this year, compared to around the same period last year.

Last week the FBI released a report on violent crime for 2019, finding that the rate dropped for the third consecutive year. The report says the violent crime rate decreased by 0.5 percent compared to 2018, according to data submitted by 16,554 agencies.

The news was lauded by federal officials as progress.

“I am encouraged by the great work being done by law enforcement to combat violent crime across the nation,” FBI Deputy Director Dave Bowdich said last week in a news release from the Department of Justice.

But the report, while necessary for the record, doesn’t reveal much if anything about 2020, and experts say it can even give the public a false understanding of the crime rate.

“In 2019 the murder rate was essentially flat. It would be good news if the declines continued into 2020. But for the violent crimes, they did not,” Rosenfeld said. “When the data [is] so untimely, it can be very misleading.”