Aaron Rodgers will be back in the green and gold in 2022 … and beyond. Rodgers reportedly agreed to a four-year, $200 million extension with the team Tuesday, according to NFL Network's Ian Rapoport.

The deal makes Rodgers the highest paid NFL player of all time.

The #Packers and MVP QB Aaron Rodgers have agreed to terms on a 4-year, $200M deal that makes him the highest paid player in NFL history, sources say. He gets a whopping $153M guaranteed and his cap number goes down. A monstrous commitment by GB for years to come. 💰 💰 💰

Rodgers spent last offseason feuding with the team. Speculation circulated prior to the 2021 season suggesting Rodgers was frustrated with Green Bay's front office and wanted to leave. Rodgers eventually reworked his contract to make it easier for him to leave the team at the conclusion of the 2021 season. It was believed Rodgers would accomplish that by asking the team for a trade, but he reportedly opted to stick around.

Rodgers gave Packers fans rays of hope throughout the 2021 season. There were reports indicating Rodgers and the front office communicated better during the season. Rodgers admitted as much, saying he had "good conversations" with the team after the season. For the first time all year, it seemed possible Rodgers would sign on for at least another season in Green Bay. He did more than that, signing a massive deal that should keep him in Green Bay for the rest of his career. 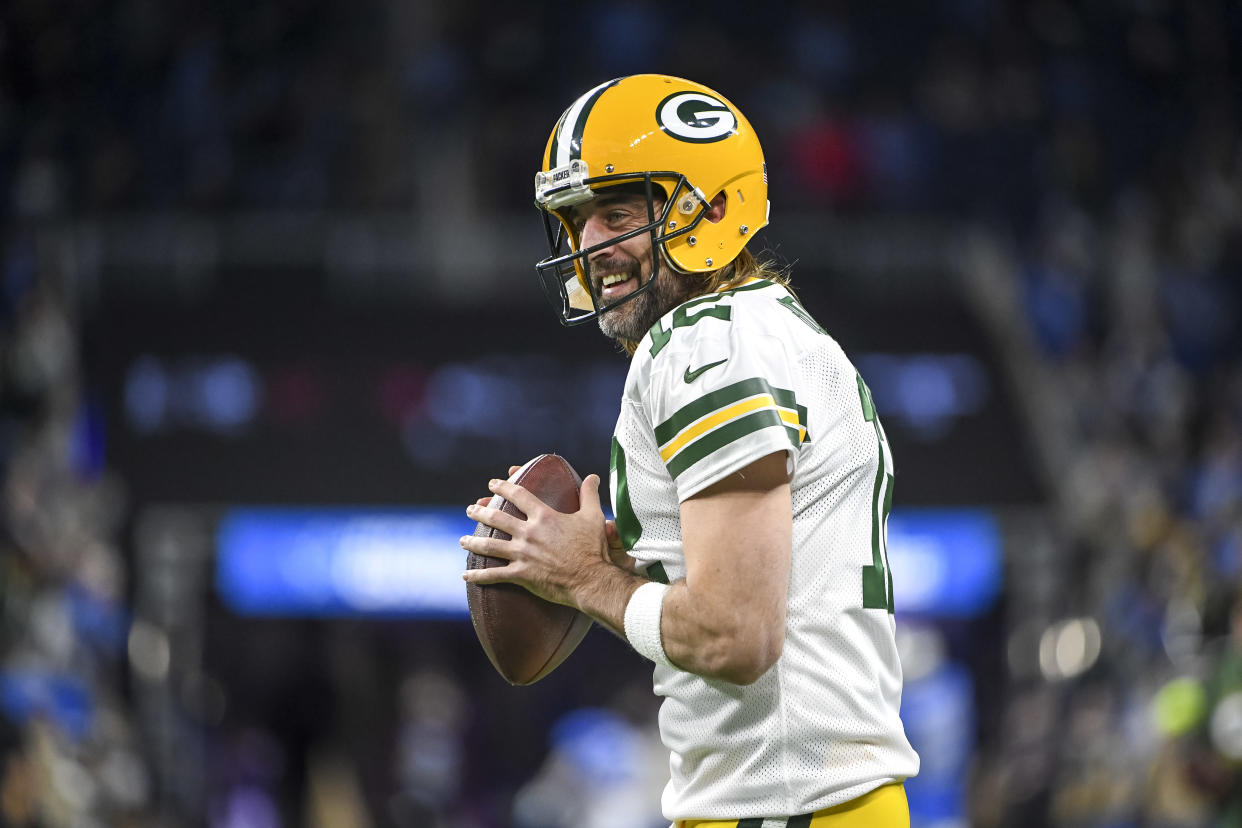 Packers preparing for another Super Bowl run with Aaron Rodgers

With Rodgers back, the Packers remain a Super Bowl contender in the NFC. Rodgers is coming off his second straight MVP season, and continues to produce at an elite level. He has shown no signs of slowing down despite being 38, and will be expected to again lead the Packers to the playoffs in the 2022 season.

Rodgers' return solves one issue for the Packers, but others remain. Davante Adams remains a free agent, though Rodgers' return could influence Adams' decision.

Rodgers' new deal reportedly frees up enough salary-cap room that the Packers can place the franchise tag on Adams, per Rapoport.

Thanks to the new cap room, the #Packers are expected to franchise tag WR Davante Adams. https://t.co/H4GeatDNpm

The move also puts Jordan Love in limbo. Love was expected to eventually take over for Rodgers. Once Rodgers started feuding with the team, it was assumed Love would likely get his opportunity in 2022. Love — who was drafted by the Packers in the first round in 2020 — will likely be dangled on the trade block. In six games, Love has completed 36 of 62 passes for two touchdowns and three interceptions.

At 38, Rodgers' new deal will keep him with the Packers for the rest of his career. When he decides to hang up his cleats, he's a guaranteed Pro Football Hall of Famer the first year he's eligible to be inducted.