The Law Institute of Victoria has asked the Andrews government to withdraw a bill, which would centralise the medical records of every patient in the public health system, over privacy concerns and because patients cannot opt out of the scheme.

The Health Legislation Amendment (Information Sharing) Bill, which is likely to pass into law in the upper house in coming months, aims to improve health outcomes by electronically sharing patient data across public hospitals and services through a central database. 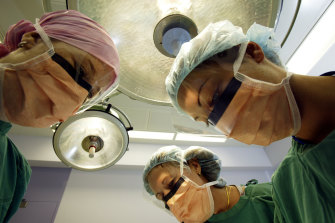 Under the plan, patients would have no ability to opt-in or out of the new database before it launches in February next year. Insurance companies will not have access to the database.

The Law Institute of Victoria wants the government to withdraw the bill and engage in greater consultation with industry over privacy concerns and the inability of patients to control their recorded medical history.

“It confers absolute authority over medical information to the health profession. There’s nothing in this bill that prevents health information that’s not appropriate bring handed over to the treating doctors,” said health law committee member Bill O’Shea.

The state government believes the database will complement and support My Health Record – the national system for sharing health information between hospitals, GPs and pharmacies, introduced in 2018 – and bring the state into line with NSW and Queensland.

About 2.5 million people withdrew from the My Health Record when it moved to an opt-out system following public outcry.

Chief executive of the Health Issues Centre consumer advocacy group, Danny Vadasz, shared Mr O’Shea’s concerns that patients would not have the right to opt out of the proposed new framework, particularly people with a mental health diagnosis or those who are HIV positive.

“These are people who could be subject to either conscious or unconscious bias and discrimination in seeking medical care for what could be a completely unrelated issue … what’s accessible could prejudice the way in which they’re treated,” Mr Vadasz said. 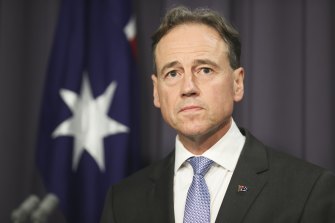 The database was a recommendation of an independent report commissioned by the government in 2015 following a series of baby deaths at the Djerriwarrh Health Services’ Bacchus Marsh Hospital.

Victoria’s medical community has argued there are persuasive health benefits to the proposed model.

Australian Medical Association president Dr Roderick McRae said an accessible database could be lifesaving, especially in an emergency department in the early hours of the morning, by ensuring medical teams know what conditions and medications their patient already has.

It would also be much more efficient, Dr McRae said. Victorians would not need to get a second or third ultrasound or blood test, for example, when they see a new practitioner for their condition.

Dr McRae said health information was already stored in hackable databases or manila folders that were easily breached, and data in the proposed model would be ring-fenced with the strictest of protections.

He said he was not seeking to undermine privacy concerns, particularly for mental health and sexual health records, but did not want them inflated either.

“It’s about being realistic,” Dr McRae said. “It’s very complex, and broadly, AMA Victoria is in support of the concept because the benefits outweigh the risks.”

Greens health spokesman Dr Tim Read said he witnessed healthcare problems almost daily when he worked in sexual health, “because information I needed as a practitioner was not in front of me”. 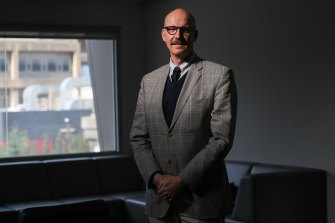 Arguing against making the framework optional, he said patients couldn’t foresee what mundane piece of their medical history could be important in an emergency and should trust health workers as experts.

“None of us know what trivial detail in our medical present or past might suddenly become useful in future,” Dr Read said.

He wanted to reassure people their sensitive information would be handled confidentially by their treating doctors.

Any health worker who accessed the data would also have that recorded forever. Extra controls are expected for sensitive information.

Shadow health minister Georgie Crozier said the opposition would not oppose the bill, but she shared privacy concerns about the proposal and would consider amendments.

Australian Doctors Federation chief executive Stephen Milgate said he was concerned about the broad powers available to the department of health secretary under the legislation, with no consent procedures despite the holding of medical data which is of high commercial value.

Australian Privacy Foundation president David Vaile said he was worried that patients wouldn’t be able to control the information uploaded to the database.

“If this was a trivial thing – say a traffic infringement – you might think it’s not great but ultimately okay. But medical records are recognised as the most sensitive information.”

A government spokesman said the platform would make a patient’s experience safer and better, with strict privacy controls.

“When a sick patient comes to hospital, the last thing they want to do is re-tell their medical story and take unnecessary tests – wasting their time and the doctor’s – this platform aims to fix all of this,” he said.

“The new secure digital platform which will have strict privacy controls and be subject to ongoing, independent reviews – like those used in NSW and Queensland – and will save lives by reducing the time wasted and make life just a bit easier for sick Victorians.”

Anyone caught abusing the data or accessing it without authorisation could be imprisoned for up to two years.