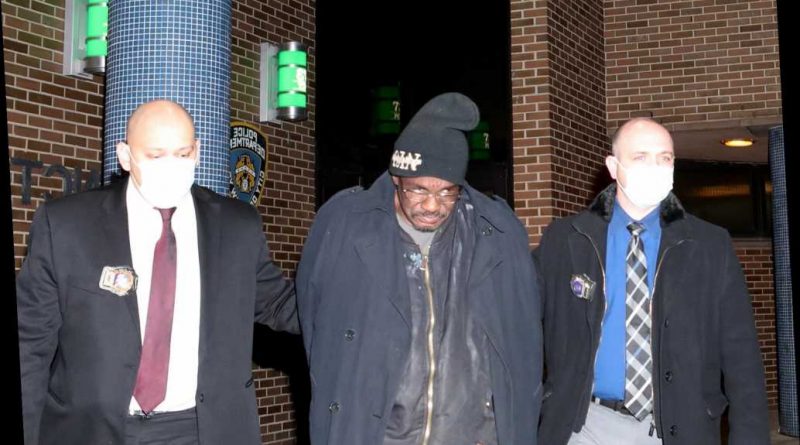 Beauty and the beast: Meet the pageant queen obsessed with Ted Bundy

The alleged Brooklyn serial killer accused of murdering three elderly neighbors is also an insurance scammer, according to a lawsuit.

Kevin Gavin, 66, was part of a trio that slammed a vehicle into a Brooklyn woman’s 2018 Lexus in what was an allegedly staged accident, Nationwide Insurance charged in a November lawsuit.

The victim had been backing out of her driveway in Canarsie on a snowy night when she saw a 2002 Mercedes Benz suddenly “sharply turn to the right” and veer directly at her car, according to court papers.

She quickly pulled back into the driveway, but the Benz, driven by a Pedro Joint, struck the back of her car — while managing to avoid the vehicles parked on either side of her driveway, she told Nationwide investigators.

Gavin, one of two passengers in the back seat, got out and asked the woman what happened before Joint, 31, allegedly told him to get back in the car.

Though no injuries were reported at the scene, Nationwide started getting “extensive” medical bills from Joint, Gavin and the other passenger, Sierra Simmons, the company charged in court papers.

Gavin told Nationwide investigators he “forgot the name of the driver,” and didn’t even have his telephone number. He’d met Joint two years prior at a club, through a mutual friend — a pal whose name he claimed not to know.

At the time of the collision they had been driving for about 30 minutes, and were headed to retrieve a fourth person, and then onto a party where Gavin was expecting to be a disc jockey, though he claimed not to know the party location or host, Nationwide said in the legal filing.

Joint and Simmons blew off Nationwide’s interview requests, “another indication that the motor vehicle loss was staged,” the company contends.

Joint had signed up for the policy just 28 days prior.

Because of New York’s no-fault insurance laws which allow for payments of up to $50,000 a person for basic economic loss, “Nationwide had $150,000 exposure on this,” said company lawyer Allan Hollander.

Nationwide claims Gavin, Joint and Simmons aren’t entitled to any insurance money because they “engaged in fraudulent conduct.”

Gavin, who police sources said had a lengthy, low-level drug and burglary history, was arrested Thursday. He allegedly confessed to killing three elderly women in the Carter G. Woodson Houses, where he lived on the sixth floor.

He is accused of strangling 78-year-old Juanita Caballero with a phone cord. In May 2019, Gavin allegedly fatally bludgeoned Jacolia “Jackie” James, 83, and in 2015 he is accused of fatally stabbing Myrtle McKenny in the neck.

The women allegedly owed him money after he had run errands for them, police said.