A Narre Warren teen accused of stealing a car with a toddler inside called the child’s father a “bad parent” and spat in the dock during a brief hearing at Frankston Magistrates’ Court on Wednesday.

Johnathon O’Connor, 18, called out to the two-year-old’s father who was present in the court, according to Nine News reporter Maggie Raworth.

“You’re a bad parent, bro. Never call yourself a parent,” he said as he was led out of the dock.

The toddler’s father, who asked to be identified as Jake, said outside court that he left his son unattended in the car with the engine running while he took a phone call outside a grocery store on the Nepean Highway in Chelsea on Sunday.

Police allege a male jumped into the car and drove off with the two-year-old boy before the child was left on Bath Street.

Outside court, Jake spoke about the moment he realised the car was missing. 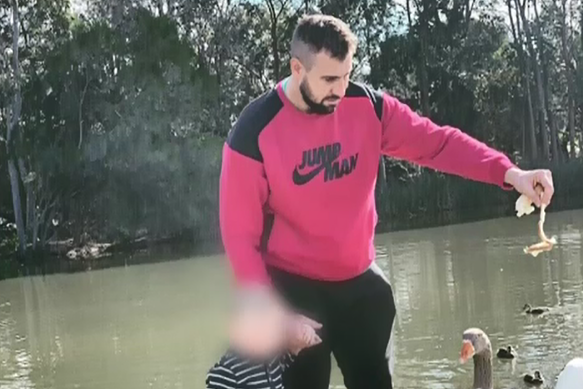 “I don’t think anyone in his [O’Connor’s] position should be making any sort of judgment at all,” he told reporters.

Jake clarified he stepped 10 metres away from the car to make a phone call on Sunday and did not go shopping: “I just want everyone to know I made a mistake”.

He said he was relieved his son was OK, but that the ordeal had traumatised the boy and he wanted other parents to be aware of what could happen.

“We’ve spoken to him as parents and wanted him to know he is safe now, and nothing like that is ever going to happen to him again,” he said.

O’Connor was charged with over 25 charges, including theft of a motor vehicle, obtaining property by deception, possessing a drug of dependence, and bail and driving offences.

He will return to court at the end of the month.