Acid attack victim, 26, tells how teenage robber hurled corrosive liquid in her face and left her fearing she would lose her sight

An acid attack victim has spoken out after she had corrosive substance thrown at her outside her Birmingham home by a suspected schoolboy thug.

Afiya Begum, 26, was coming back from a petrol station when a bottle of hydrochloric acid hit her in the lobby of her apartment block in Acocks Green.

The victim was left with painful burns across her face, shoulder and neck in the random attack and is still suffering from blurred vision a month after the attack.

West Midlands Police are now hunting the young attacker, who has been described as white and aged between 14 and 16. 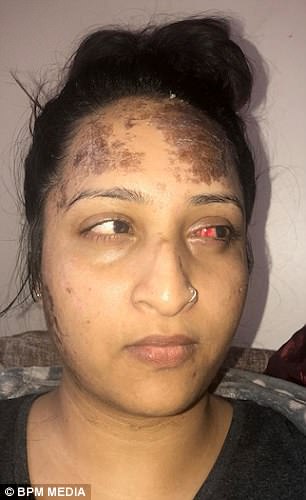 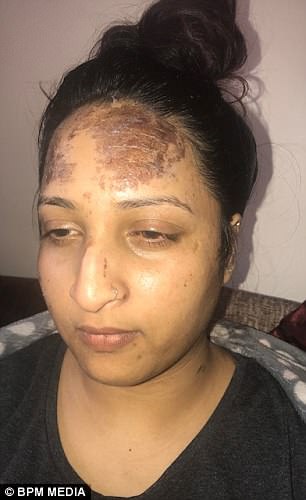 Afiya Begum, she claims she was the victim of an acid attack when entering her flat last month

Ms Begum has now recalled the horrifying moment when she was targeted on April 8.

She said: ‘I went across the road to the petrol station and I think the person who attacked me was watching.

‘When I was crossing the road I saw someone get out of a car but didn’t think anything of it.

‘I was on the phone when I came back into the building. Then a man tapped me on the shoulder and I screamed and dropped my phone onto the floor.

‘Then he threw a whole glass of acid at me.’

She said her attacker then picked up her mobile phone and then fled the scene.

She added: ‘I started screaming for help – he took my phone from the floor and ran away.

‘I made it onto the second floor where my friend was and he splashed water onto me.

‘He drove me to the hospital because the paramedics were taking too long and my life was in danger.

‘I was not breathing and my eyes were closing up.’

Ms Begum was taken to Heartlands Hospital and then later transfered to Queen Elizabeth Hospital. 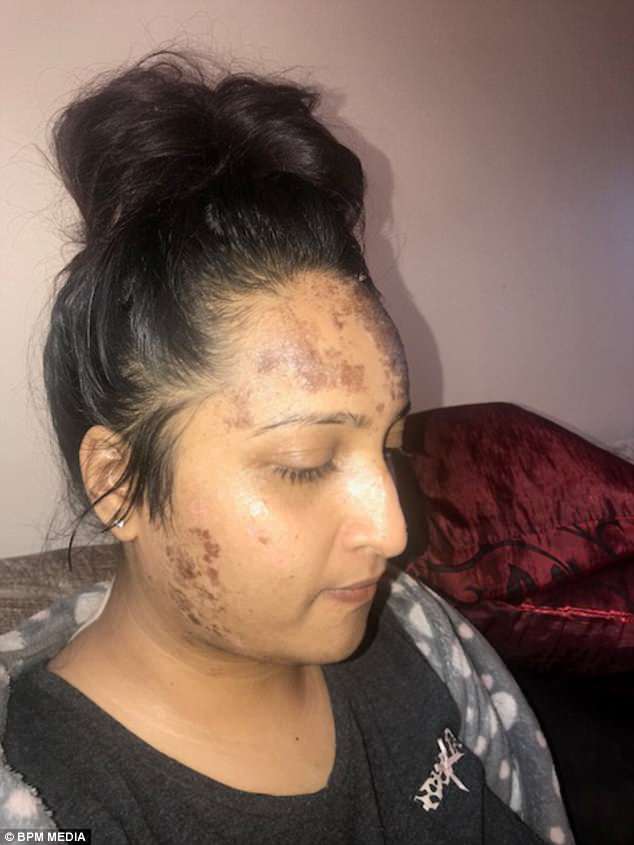 Despite catching the bottle that was thrown at her, the substance from the bottle spilled out onto her face and neck

Doctors were worried about the condition of her eyes and she was then sent to the City Hospital eye unit.

Ms Begum said: ‘I was sent to the eye unit at City Hospital where I stayed for a week because the nurses were worried mostly about my eyes.’

She was later told the acid used in the attack was a strong, corrosive mineral acid often used in industry.

She said: ‘I was told later the acid he threw at me was called hydrochloric acid.

‘Even now four weeks later things are a bit blurry – my eyes still aren’t back to normal.’

Ms Begum has since given a statement to the police about her attack.

She said: ‘I have been to the police station on public transport to give my statement on the attack.

‘I was due to move out of that apartment on April 9 – it was supposed to be my last night there.’

A spokeswoman from West Midlands Police said: ‘Police are investigating an attack in which a bottle of an acidic substance was thrown at a woman in Acocks Green on 8 April.

‘The woman, who is in her 20s, was walking near to Lidl in Fox Hollies Road, at around 11.40pm, when a teenage boy got out of a medium sized black vehicle nearby.

‘The boy, who was between 14 and 16 years-of-age, threw a glass bottle towards her. The woman caught the bottle and some of its contents splashed onto her eyes and face.

‘She then threw the bottle back at the youth, who ran off.

‘The woman has been discharged from hospital and is recovering from her injuries, but the incident has left her very traumatised.’

Police ask anyone who may have information to contact West Midlands Police on 101 and ask for Force CID at Stechford Police Station, giving crime reference 20BE/78080B/18. 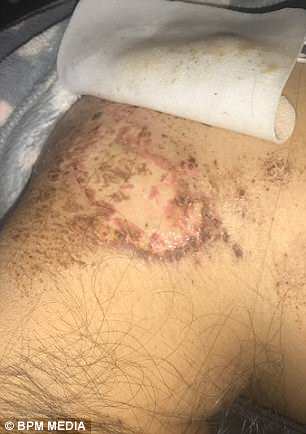 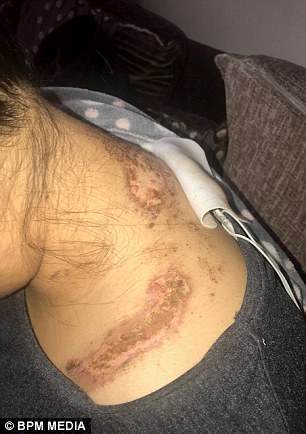