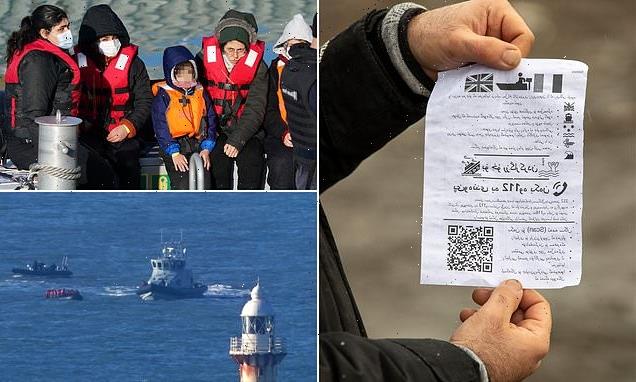 Activists have sparked fury after putting up ‘safety at sea’ posters in a Dunkirk migrant camp for people attempting to cross the English Channel.

The posters, written in a variety of languages, advised migrants to ‘stay seated’ in crossing boats and ‘point’ to anyone who falls in the water.

They are thought to have been put up by activists working for the Watch The Channel group. A QR code on the poster links to the group’s website.

Critics have condemned the posters for ‘encouraging’ migrants to make the dangerous crossing to England  from France.

‘This is dangerous and irresponsible communication being given out in the camps by social media and internet-based enablers,’ Dover MP Natalie Elphicke said.

‘The Channel crossings are incredibly dangerous and this puts lives at risk. The best advice for people is to stay safe on land in France.’ 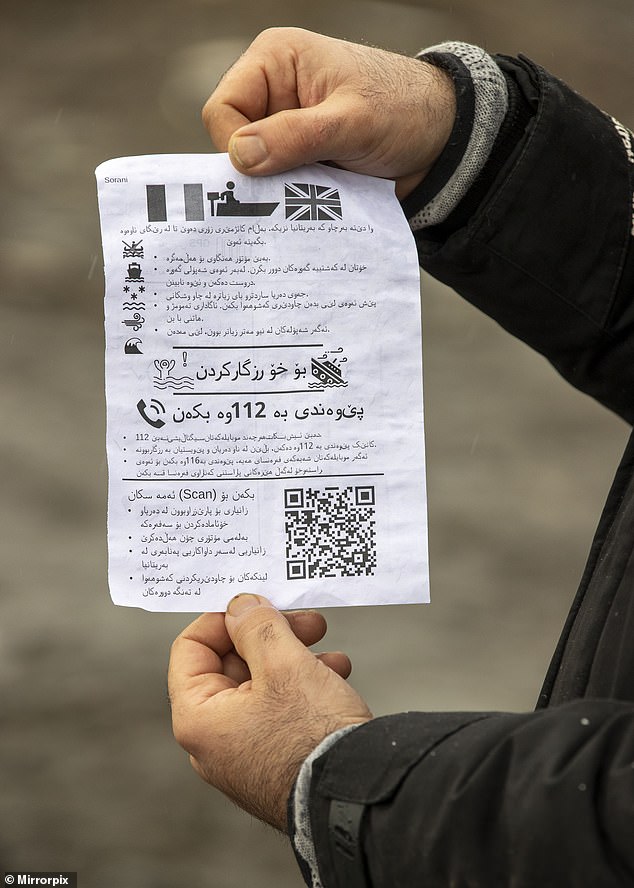 Written in English, Kurdish, Farsi, French, Kurmanci, Pashto and Sorani, one of the documents was found stuck to a food truck in a camp near Dunkirk.

Among the poster’s advice, it tells migrants to ‘bring emergency foil blankets, food and water for one day’ and provided France’s 112 emergency number.

It also gives migrants advice on how to restart an engine.

‘Be safe, always wear a life-vest, always stay seated and calm and watch out,’ the poster says. In the event that someone falls into the water, ‘immediately point and keep pointing to the person so you don’t lose them in the waves,’ it adds.

The document also features a QR code, which takes those that scan it to the Watch The Channel group’s website, which features a map of the channel.

There, the group describes itself as: ‘A group of activists dedicated to supporting people who are forced to cross the Channel by irregular means. 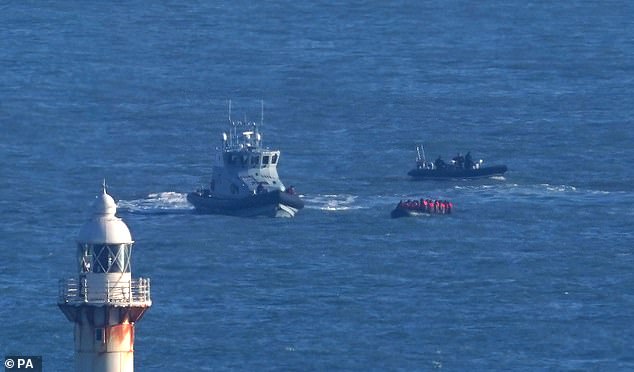 A small boat carrying people thought to be migrants is intercepted by Border Force vessels near the entrance to The Port of Dover Dover in Kent. Picture date: Tuesday January 18, 2022

‘We believe that the right to move around the world is a fundamental tenet of human freedom. We are committed to doing what we can to support people in exercising that right,’ the group says.

‘We monitor the behaviour and misbehaviour of the French and UK border control regime. We work to ensure that the coastguards fulfil their duties under international maritime law to rescue people in distress.’

When opened on a smart phone, the website also shows more advice, telling those crossing the channel to ‘be safe’.

It warns that when crossing from France, the UK will look closer than it is, and that it takes many hours to reach shore by sea.

It also tells migrants to stay away from ‘big ships’ as they cause large waves in the water and do not see smaller boats, to not try to cross in choppy conditions (with waves more than half a meter high), and to tell someone before crossing.

The website also explains how people crossing the channel can share their GPS location over WhatsApp if they are calling for help, and to practice how to find their coordinates on Google maps before making the trip.

After a long list of advice on how to test a boat’s on-board motor, including not testing it out of water and what to do if it over-heats, the website says – in bold font: ‘Do not try (crossing) without an engine.’

Alp Mehmet, chair of Migration Watch UK, told The Express: ‘Not only is travelling across the Channel by small boat illegal, this poster omits all the dangers and overlooks the life threatening risks that they are effectively encouraging people to take. 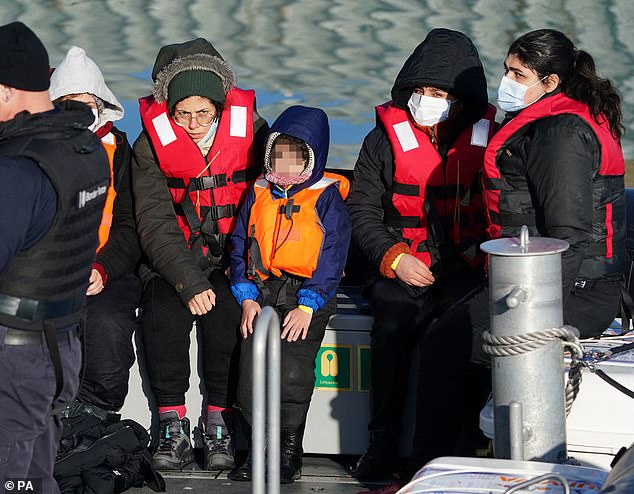 Pictured: A young child amongst a group of people thought to be migrants are brought in to Dover, Kent, after being rescued by the RNLI following a small boat incident in the Channel on Tuesday January 18, 2022 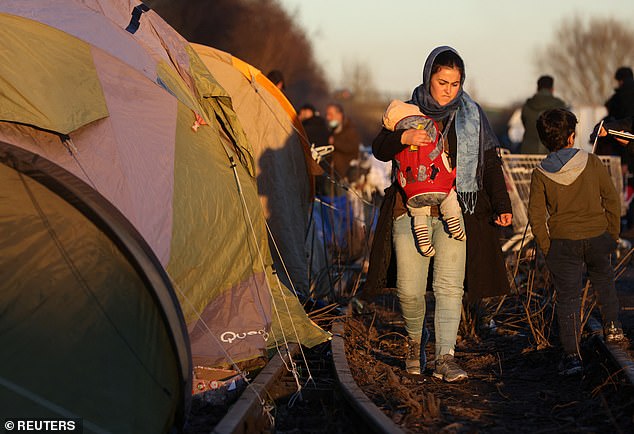 Pictured: A migrant woman carrying a child walks through a makeshift migrant camp in Dunkirk near Calais, France, January 13, 2022

‘I am horrified there are people that are so misguided, wrapped up in their own self-righteousness, that they are going to this extent to encourage people to climb on to these small boats.’

According to Migration Watch UK, 946 people have crossed the channel to England illegally this years as of January 18. Last year, the total was 28,401 – over three times the number who made the dangerous crossing in 2021 (8,461).

On January 14, it was reported that a migrant had died in the Channel, while French crews rescued another 30 people after they ran into difficulties.

The man, believed to be in his 20s and from Sudan, died after falling into the water while making the perilous crossing. He was found and unconscious and taken back to shore for treatment, but was later declared dead.

Twenty-five people were found still on board the boat and were picked up by rescue teams while five others were found on a nearby sandbank, French authorities said.

The latest death in the Channel, believed to be the first this year, came after 27 migrants drowned in November after their dinghy capsized near Calais. Five women and a young girl were among the victims.

At least 39 people are believed to have died attempting the Channel crossing last year, according to figures from the International Organization for Migration.