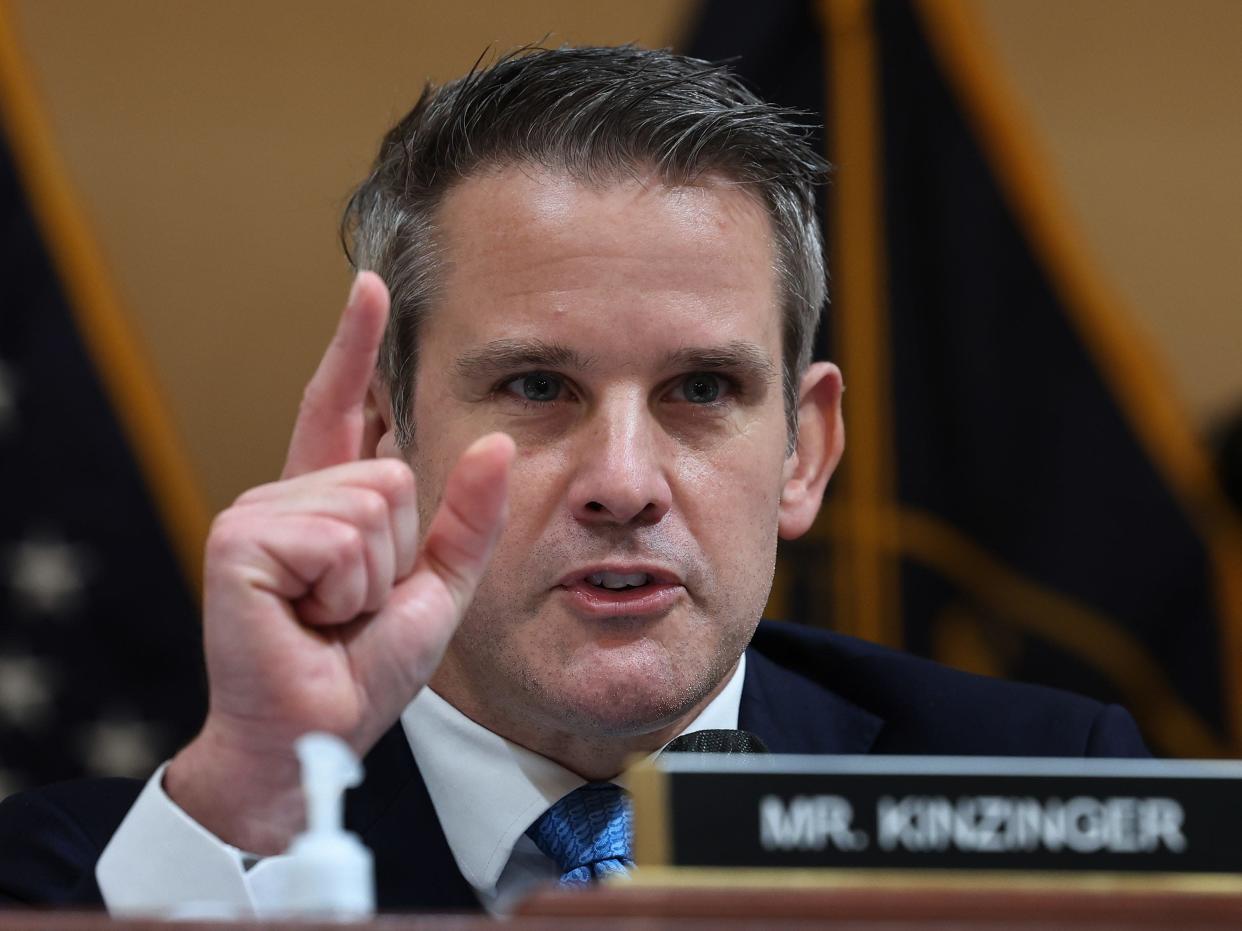 McCarthy, who may become House speaker if the GOP takes over, expressed skepticism over the amount of aid that they would be willing to send to Ukraine.

"I think people are gonna be sitting in a recession and they're not going to write a blank check to Ukraine," McCarthy told Punchbowl News.

Some saw the comments as a sign that the broad bipartisan support for aiding Ukraine could be waning. McCarthy defended his comment on CNBC Wednesday, saying "wouldn't you want a check and balance in Congress?"

There are a lot of people, frankly in the world, that are worrying about what a Republican majority could do.Rep. Adam Kinzinger

"Maybe in his mind he actually did believe that all he was saying is, 'Hey, we want to have some oversight in this,'" Kinzinger said, but added that people on Russian state-owned media are "going to be talking about this constantly."

"You're giving aid and comfort to the enemy intentionally or unintentionally," he continued. "There are a lot of people, frankly in the world, that are worrying about what a Republican majority could do."

Kinzinger said he thought McCarthy's comments were intended to appeal to the extreme members of the Republican party.

A representative for McCarthy did not immediately respond to Insider's request for comment.

Since Russia launched its invasion in February, the US has sent more than $60 billion worth of military, economic, and humanitarian aid to Ukraine.