Home » World News » Adios, indoor jogging! Spaniards get outside to exercise after 49 days of lockdown

MADRID (Reuters) – Joggers, cyclists and surfers across Spain emerged from their homes early on Saturday, with adults allowed out for exercise for the first time in seven weeks as the government began easing tough coronavirus restrictions. In Barcelona, runners and cyclists crowded paths near the beach, while surfers and paddle-boarders were out enjoying the waves.

Mar Visser, 45, who lost her job as an events organiser, was jogging along the path in Castelldefels, a town near Barcelona.

“I have been longing for this. It beats running in my house or doing yoga or Pilates inside,” she said.

In Madrid, cyclists and skateboarders streamed along the city’s wide boulevards, ducking under police tape set up to prevent people congregating in common areas.

Hit by one of the world’s worst COVID-19 outbreaks, Spain imposed a strict lockdown in March, confining most of the population to their homes for all but essential trips.

Sports and recreational walks were banned as authorities scrambled to stop the disease from spreading and sought to ease the burden on the stricken healthcare system.

Charlotte Fraser-Prynne, 41, a British government affairs consultant, was among the first to savour the new freedom to exercise – out for a run at 6 a.m. near Madrid’s Retiro Park.

While the park remained closed, hundreds of people were running on the pavement around it.

“I have been looking forward to this for weeks. I was joking with my friends that I would be the first out in Madrid. I am very happy to be out after six weeks of yoga videos,” she said.

Prime Minster Pedro Sánchez called on people to follow guidelines on social distancing and to act with caution.

“Today we take a new step in the measures to ease the confinement but we must do it with prudence and responsibility. The virus is still there,” he tweeted.

As the rate of infection has fallen and hospitals have regained their footing, Sanchez’s government has shifted its focus towards reopening the country in a phased way and reviving a badly battered economy.

Last weekend, children under 14 were allowed out for an hour a day of supervised activity.

Madrid resident Susana Piego, 52, was out cycling in the city center on Saturday, welcoming the newfound freedom.

“The easing out plan is good,” she said. “We have to go little by little, like the WHO says, so that there is not another spike,” she said.

The World Health Organization said on Friday that countries must lift lockdowns gradually, while being ready to restore restrictions if the virus jumps back.

Sanchez announced a four-phase plan this week to return the country to what he termed “the new normality” by the end of June.

To avoid overcrowding as people get outside, the government has implemented a shift system, allocating different time slots to different age groups. 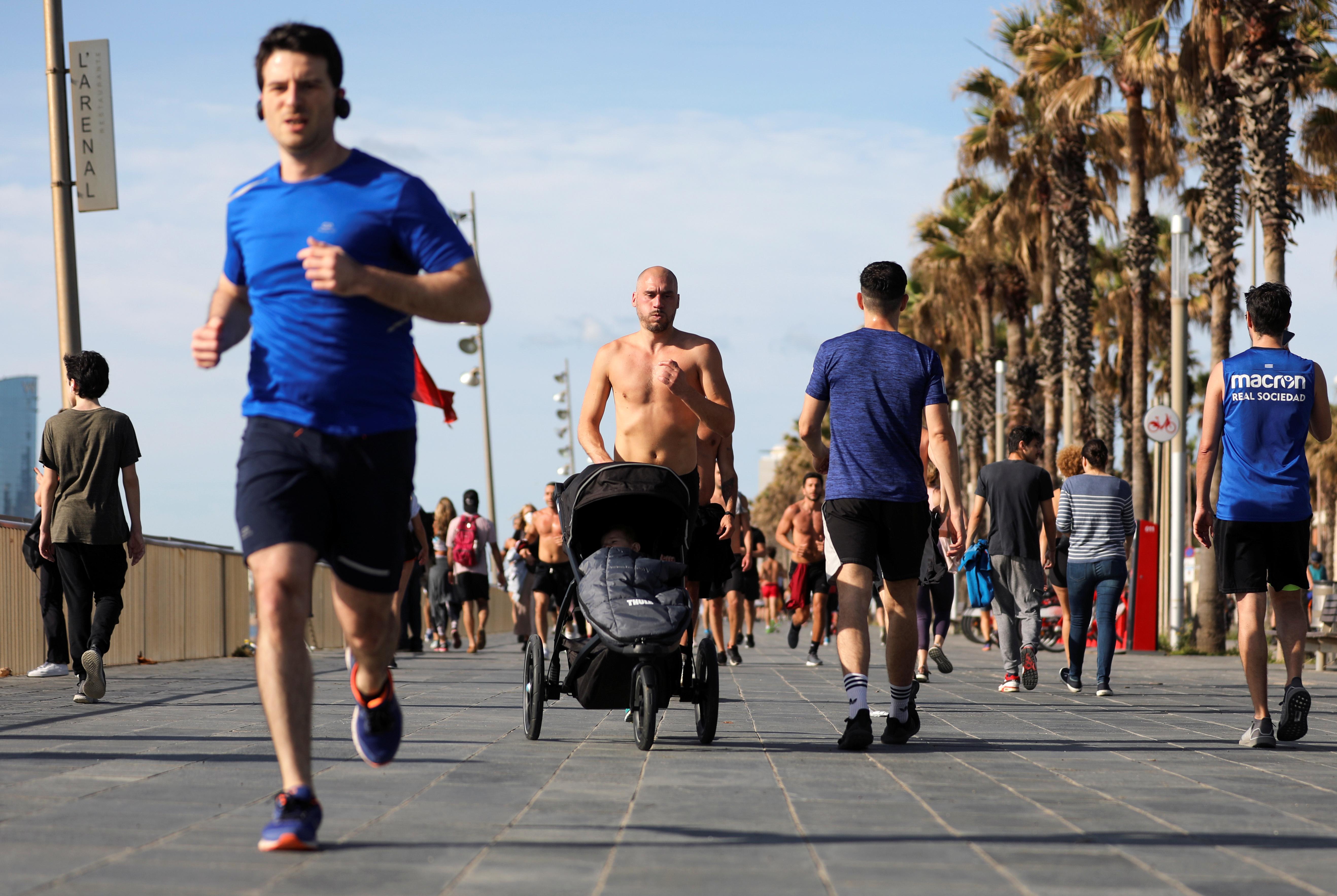 Businesses that operate by appointment, such as hairdressers, will be allowed to open from Monday. Bars and restaurants will remain closed for at least another week.

Spain has recorded a coronavirus death toll of 25,100, according to health ministry data on Saturday, and more than 216,582 cases.

The lockdown has hammered the economy and the government expects gross domestic product (GDP) to contract 9.2% in 2020.