ADOLF Hitler’s final message that's been dubbed the Nazi dictator’s “suicide note” is up for auction.

In it the defiant Fuhrer refuses to leave his bunker in Berlin as the Red Army closes in on the besieged German capital in April 1945. 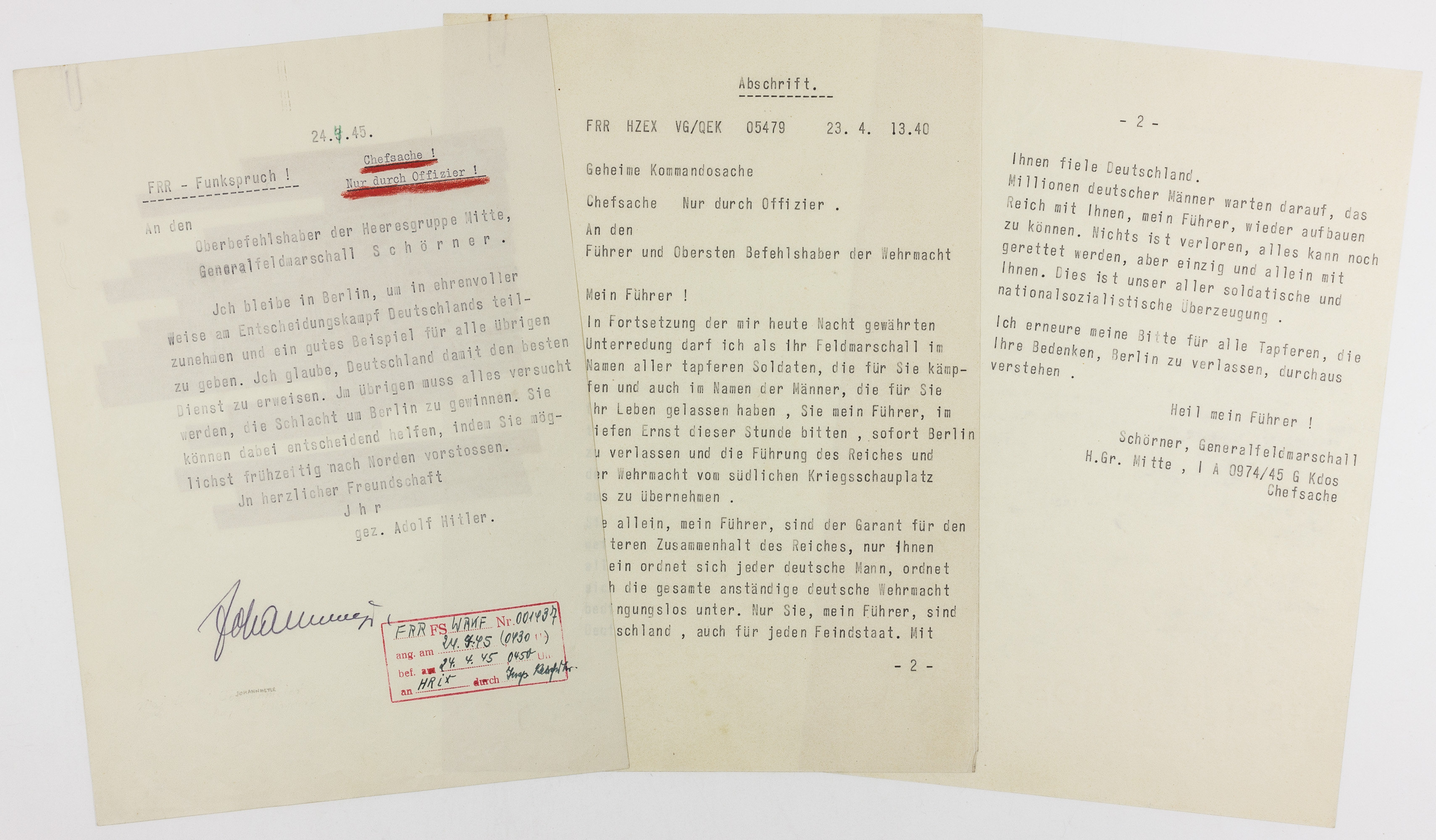 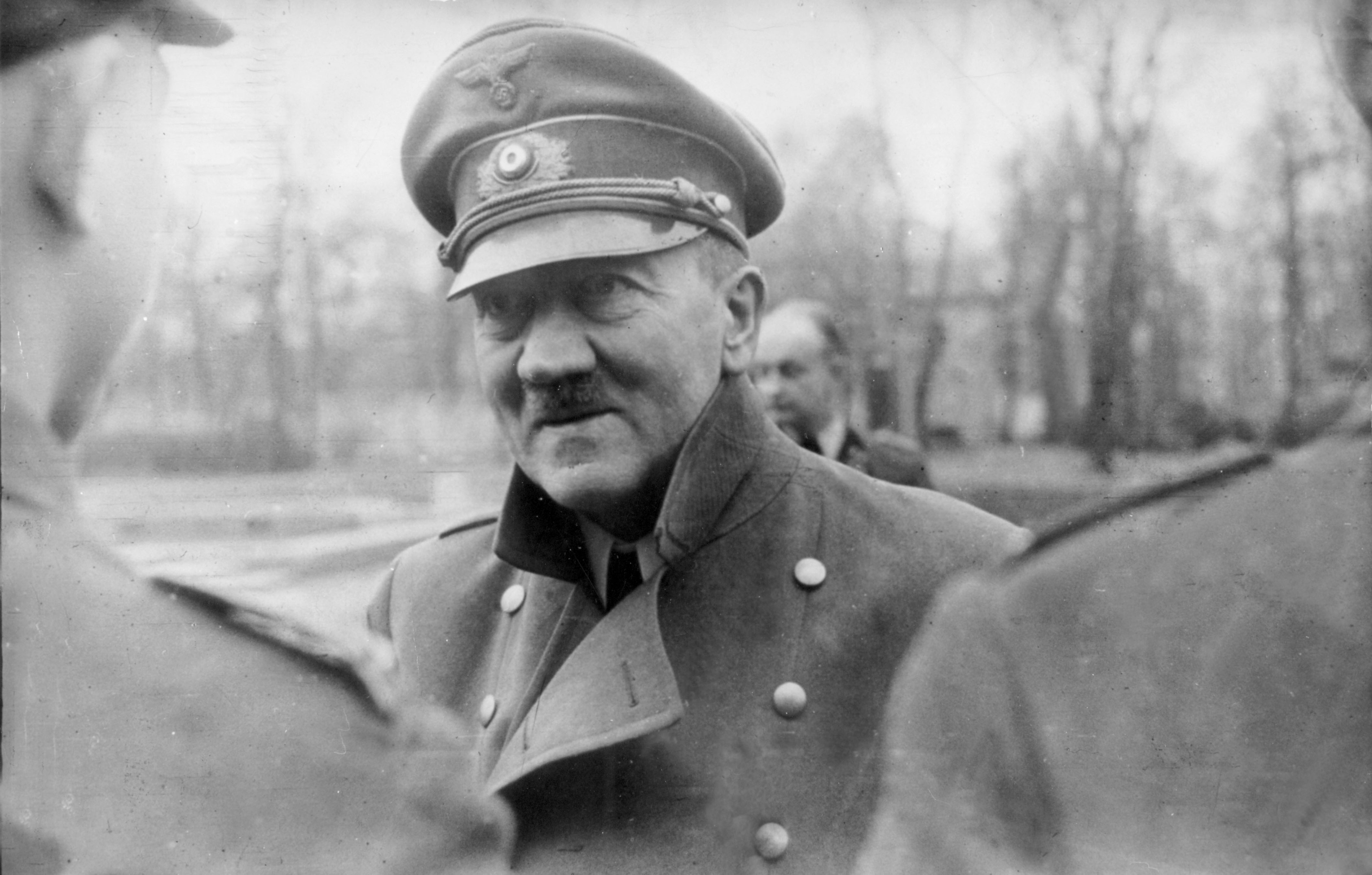 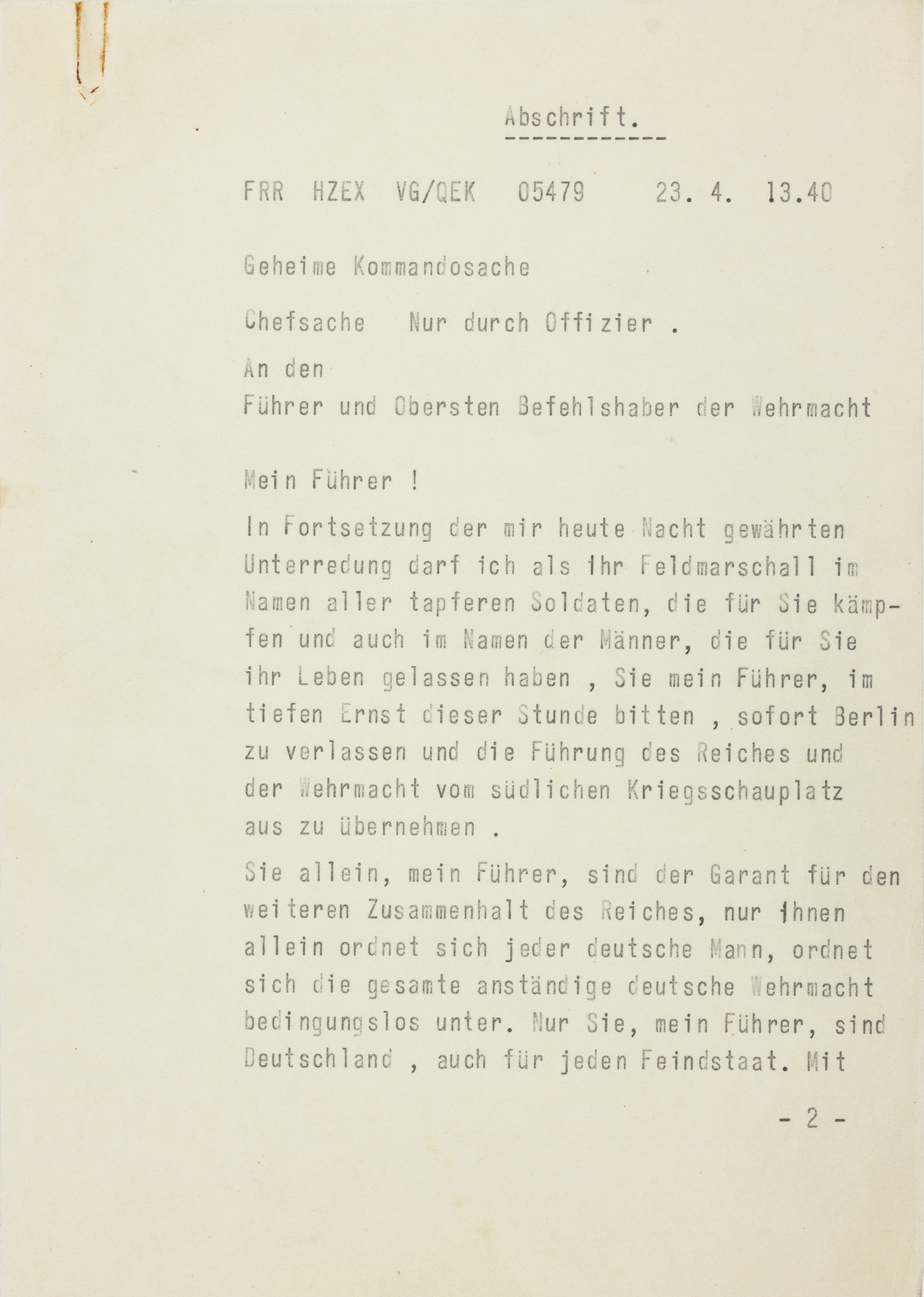 It was sent to one of Hitler’s favourite commanders, Field Marshal Ferdinand Schörner, who had been urging him to flee the capital.

The Fuhrer states: “I shall remain in Berlin, so as to take part, in honourable fashion, in the decisive battle for Germany, and to set a good example to all those remaining.

“I believe that in this way I shall be rendering Germany the best service.

“For the rest of you, every effort must be made to win the struggle for Berlin. You can there help decisively, by pushing northwards as early as possible.”

I shall remain in Berlin, so as to take part, in honourable fashion, in the decisive battle for Germany, and to set a good example

Alexander Historical Auctions in Maryland, USA, which is auctioning the item, said the item was “as unique as it gets”.

Auction company president Bill Panagopulos said: “There is no other written evidence of Hitler declaring his intention to remain (and die) in Berlin that anyone has been able to locate.

“This is essentially Hitler's ‘suicide note’.

“In it, he tries to portray himself as a valiant leader of his men until the end, when in actuality he shuffled into his bedroom and fired a bullet into his head.”

The lot also includes Hitler’s transcript of the letter from Schörner, pleading with him to escape.

“I should like… to ask you, at this grave hour, to leave Berlin and to assume command… from the southern sector,” wrote Schörner.

“If you fell, Germany would also. Millions of Germans await the opportunity to build up Germany once again, with you.”

Mr Panagopulos said: “He was a favourite of Hitler, and was a devoted underling, and most certainly wanted Hitler to get out of Berlin.

Hitler, on the other hand, was in an impossible position.

At the afternoon situation conference two days earlier, the stricken dictator suffered a total nervous collapse when he was informed that the orders to move to the rescue of Berlin had not been obeyed.

Mr Panagopulos said: “Hitler launched a tirade against the treachery and incompetence of his commanders; his outburst culminated in a declaration – for the first time – that the war was lost.

“Hitler announced that he would stay in Berlin until the end.”

On April 26, two days after Hitler sent his reply to Schörner, the Nazi leader was offered a last chance to fly out of Berlin, which he declined.

“He may have hoped that by some miracle Schorner would push north from Czechoslovakia and relieve Berlin, but I'm sure both of them knew that was an impossibility,” said Mr Panagopulos.

“His defensive forces were collapsing all around him and Russian shells were already landing nearby.”

Hitler and his longtime partner, Eva Braun, would commit suicide in his Berlin bunker on April 30, 1945.

According to those who managed to escape the bunker before the Red Army arrived, Hitler would voice his fear of being captured, or worse, being killed and having his body paraded in public.

In his last will and testament, Hitler promoted Schörner to commander-in-chief of the German army, as his successor.

Schörner would later abandon his post and flee to Austria, where he was arrested by American forces.

Following the war, he served time in Soviet and West German prisons before he was released in 1963, after which he moved to Munich where he died in obscurity in 1973.

The lot will be sold in a two-day auction running on April 30 and May 1.

Bids can be made online at www.alexautographs.com. 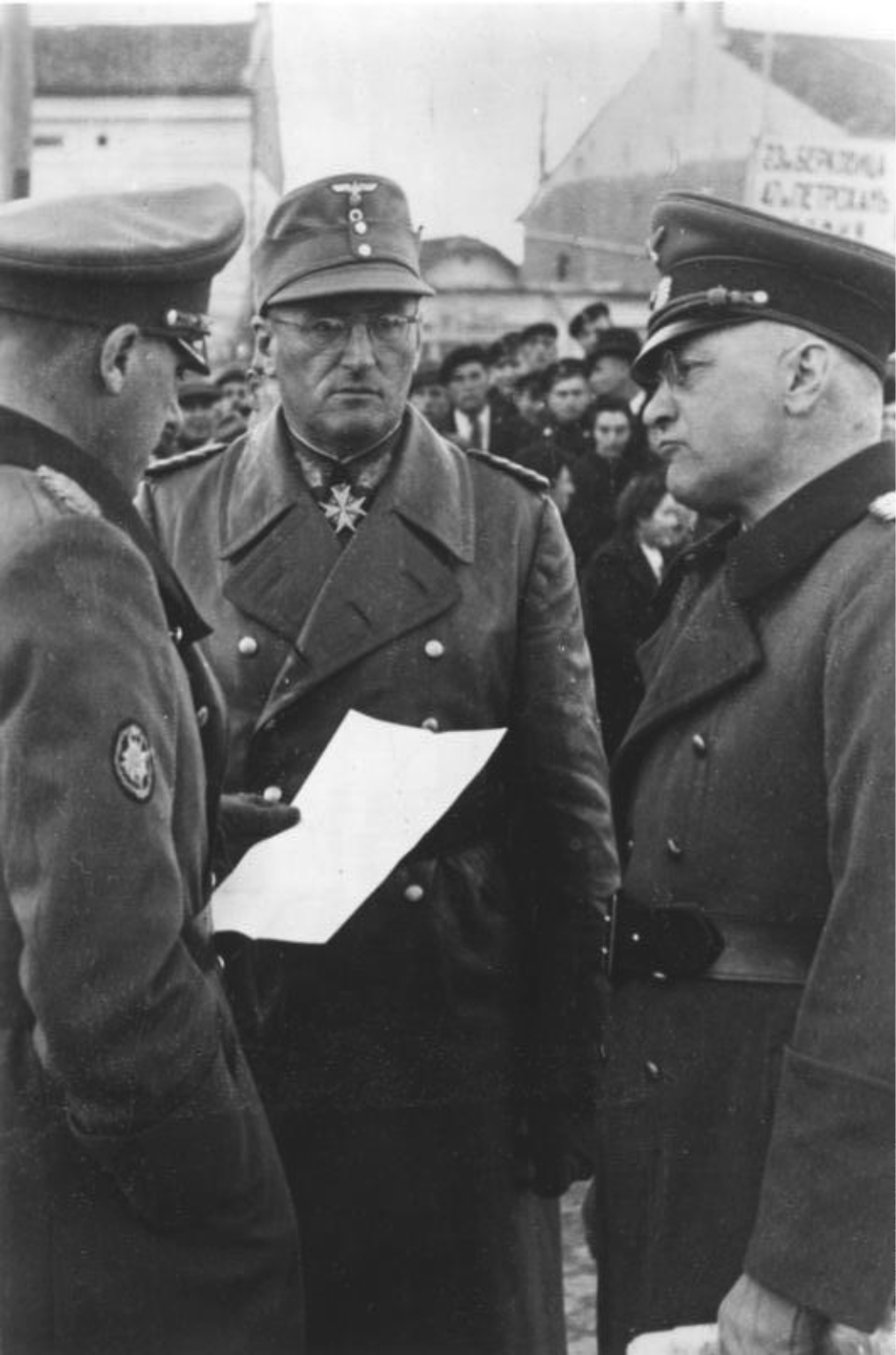 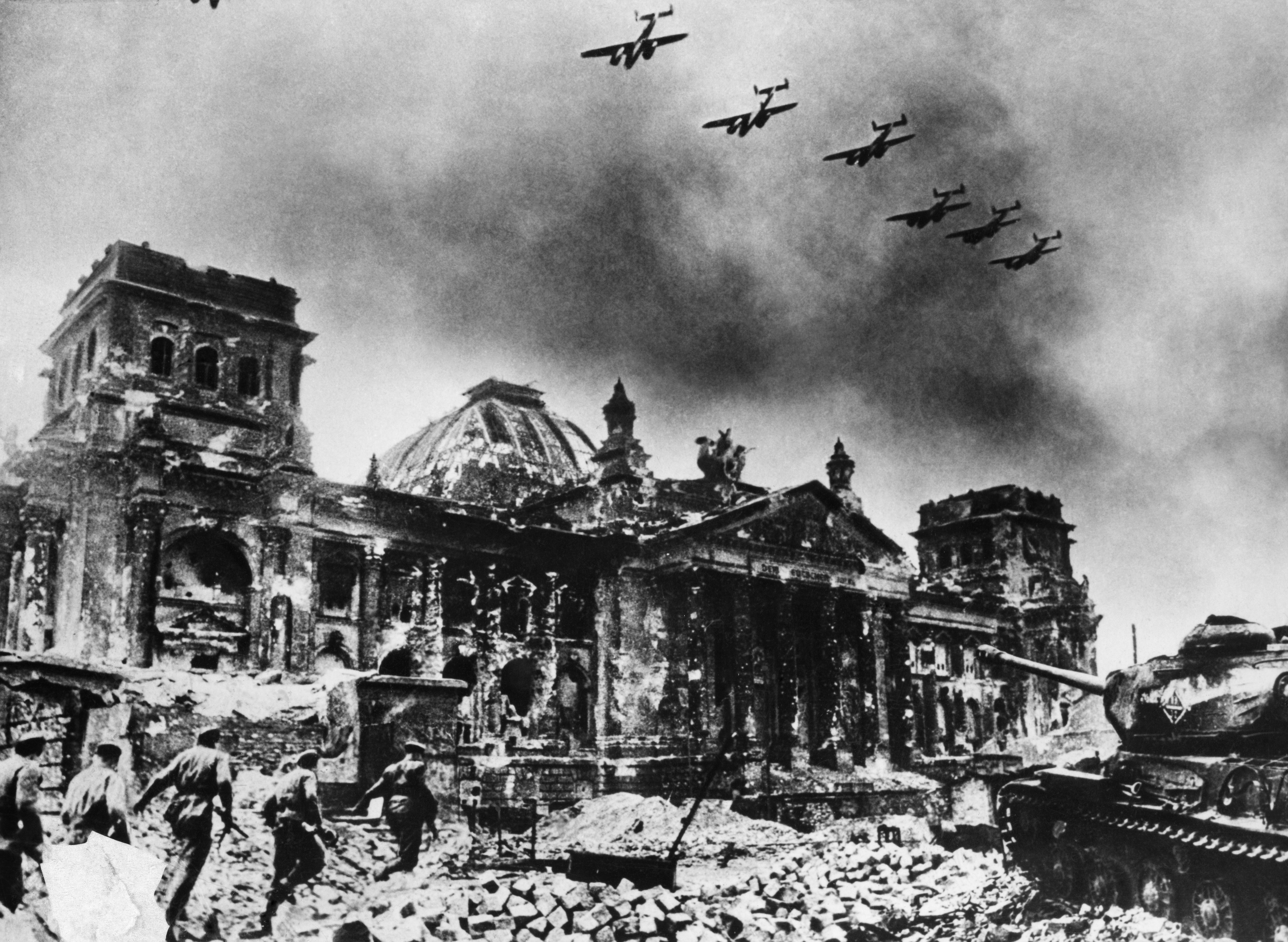 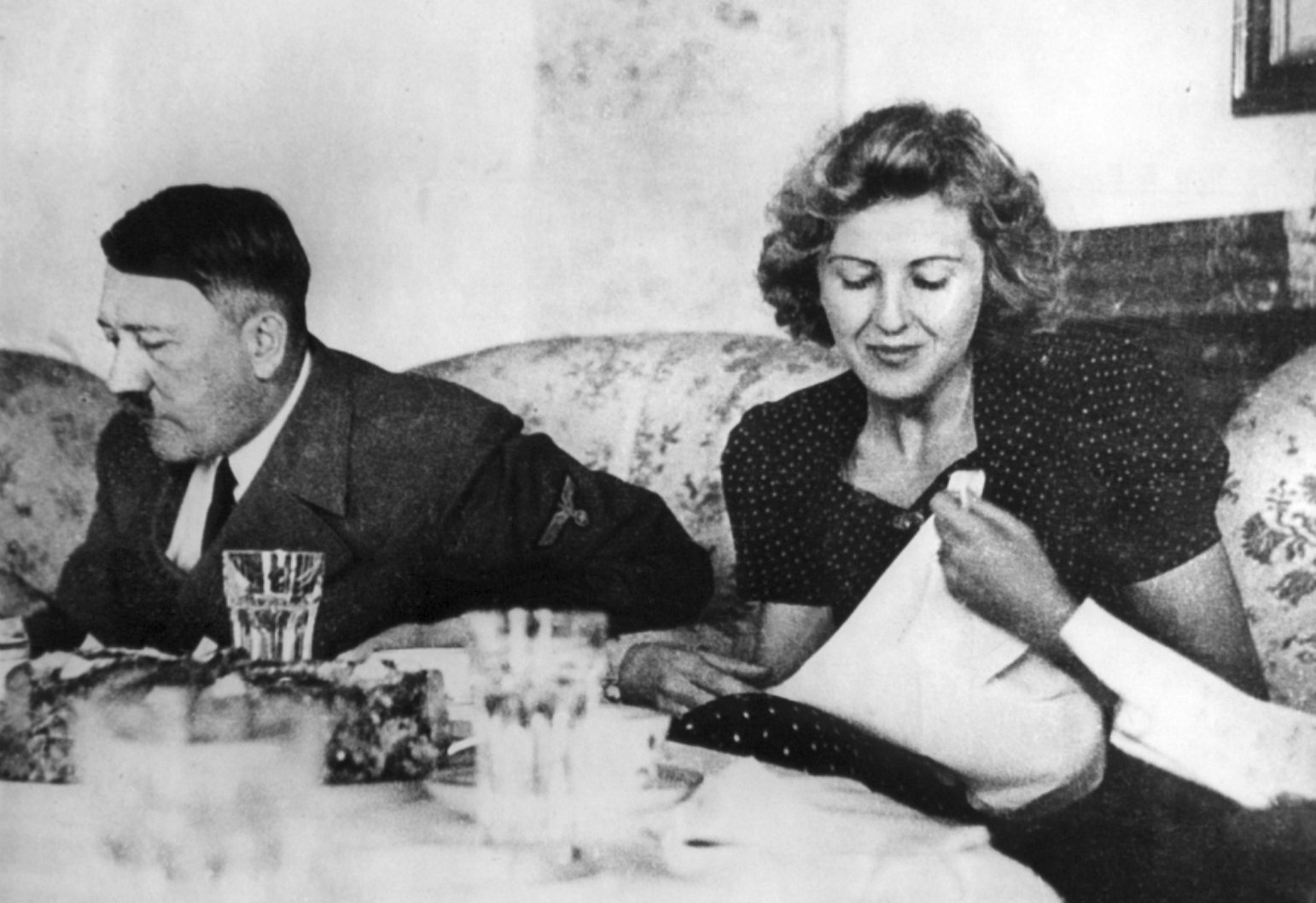 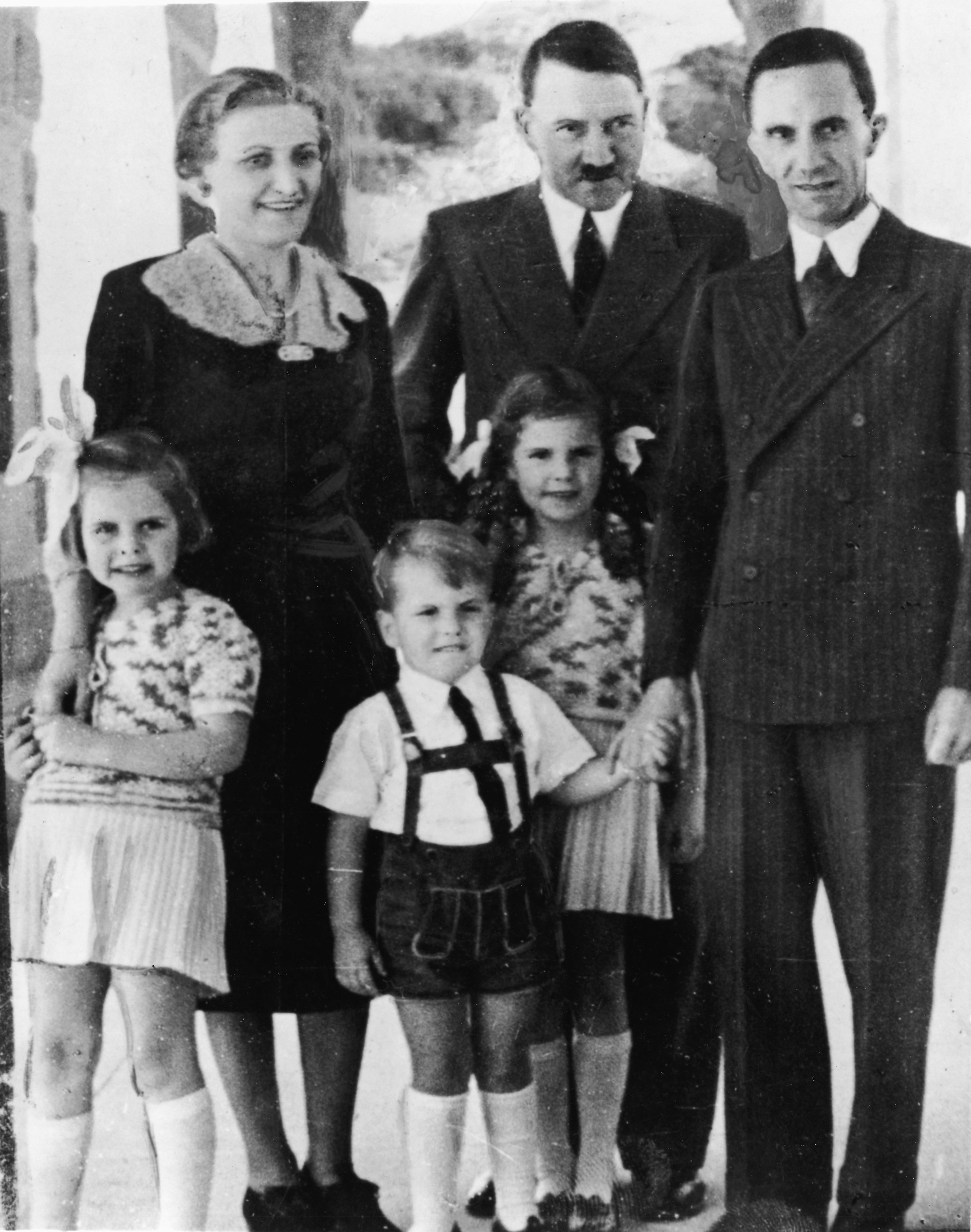 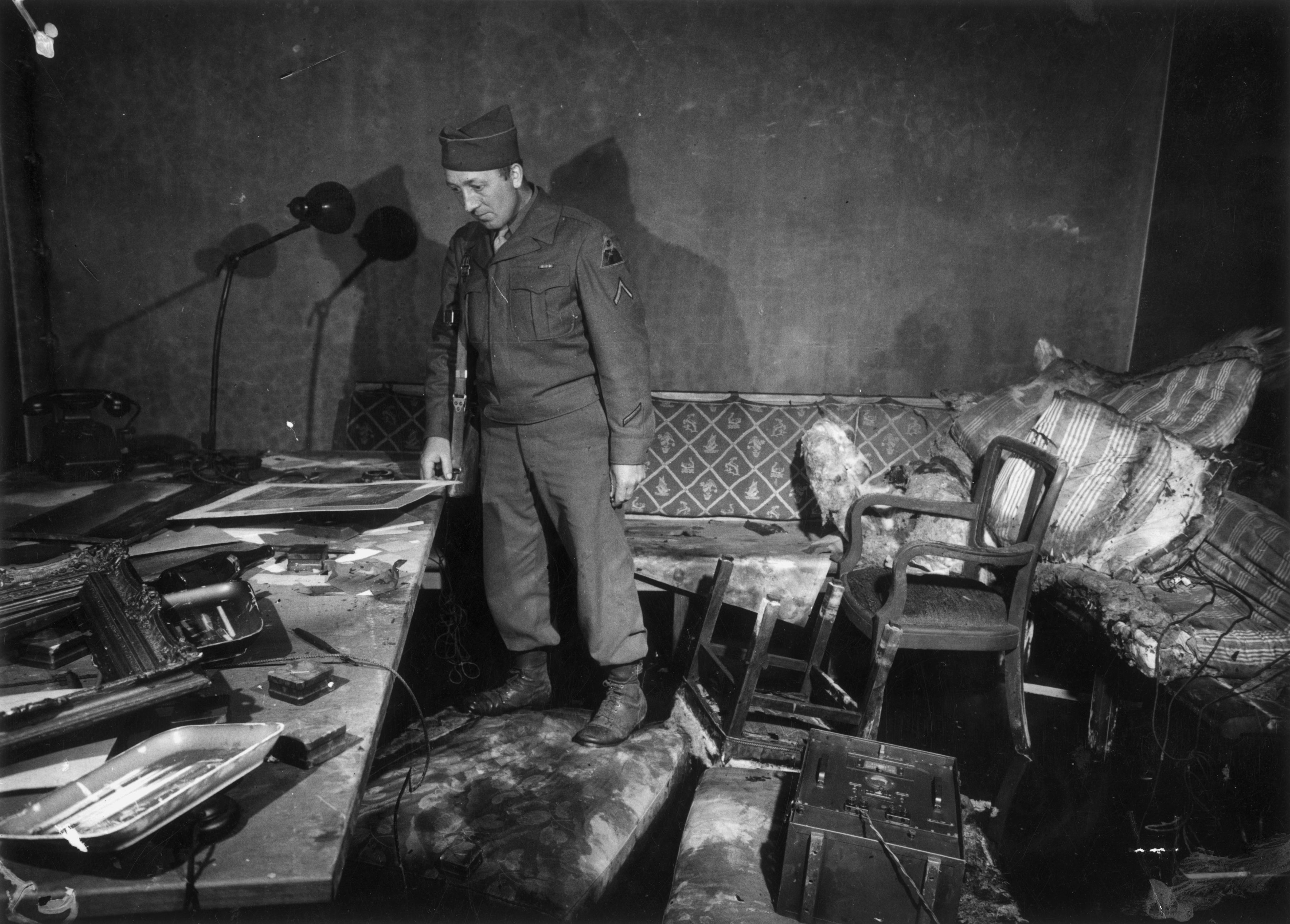 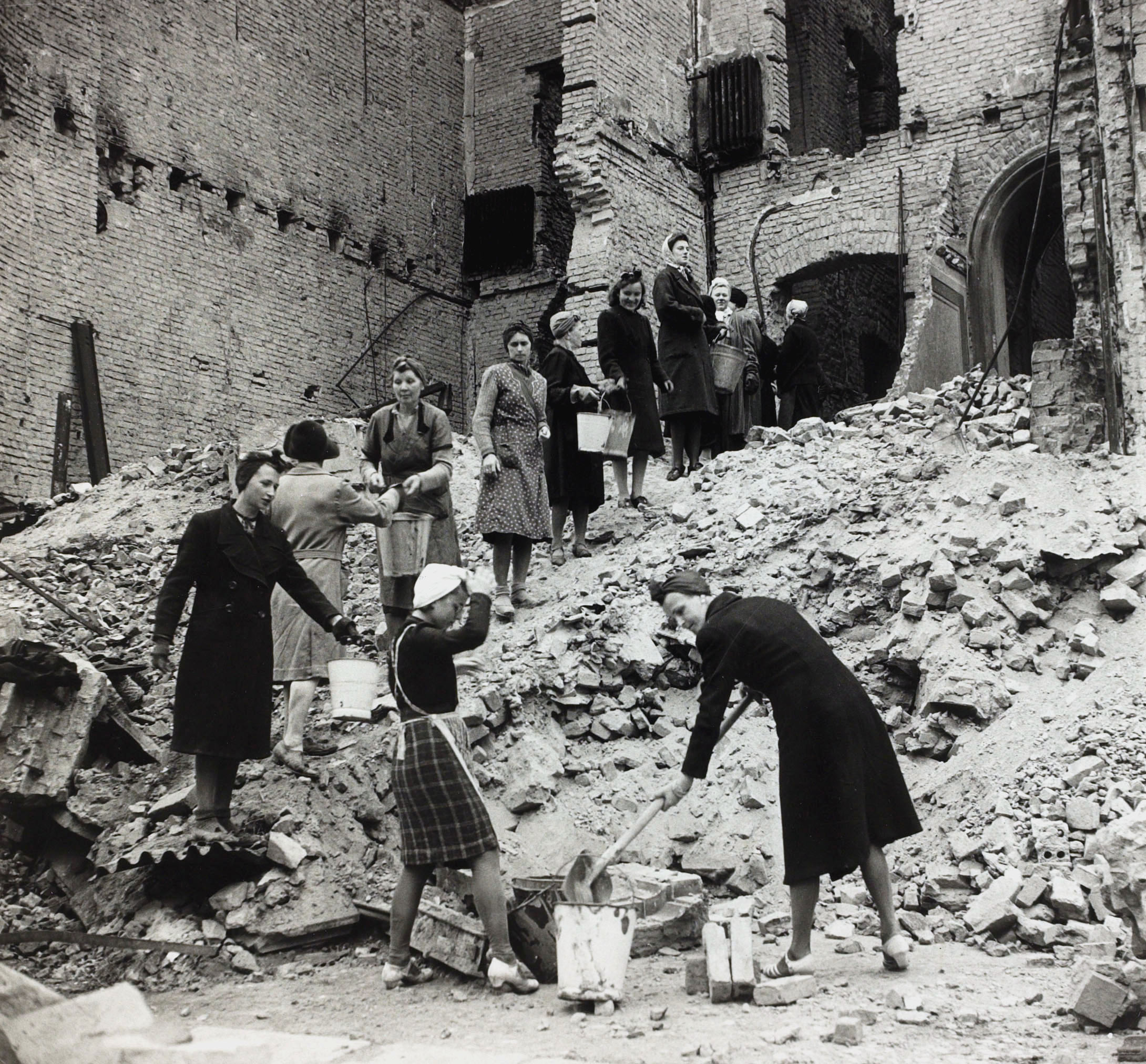