This adorable video shows a cat and a deer who are the best of friends.

Target was a tiny, hungry and feral kitten when she showed up at Jean Skinner’s home in New Hope, North Carolina, over Labor Day weekend last year.

But Target grown into the friendliest of cats – with a close bond with a deer called Bumper.

A video, taken by Skinner last week, shows the mutual love between the pair. 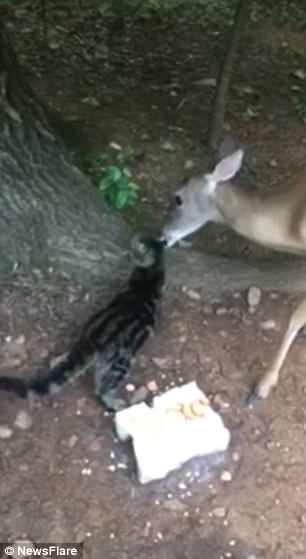 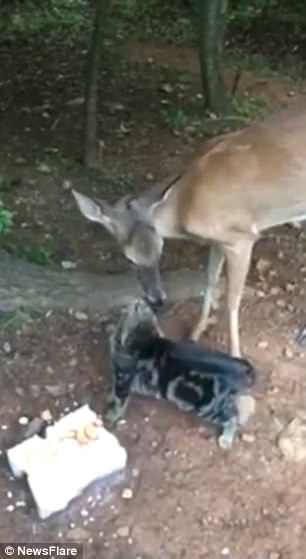 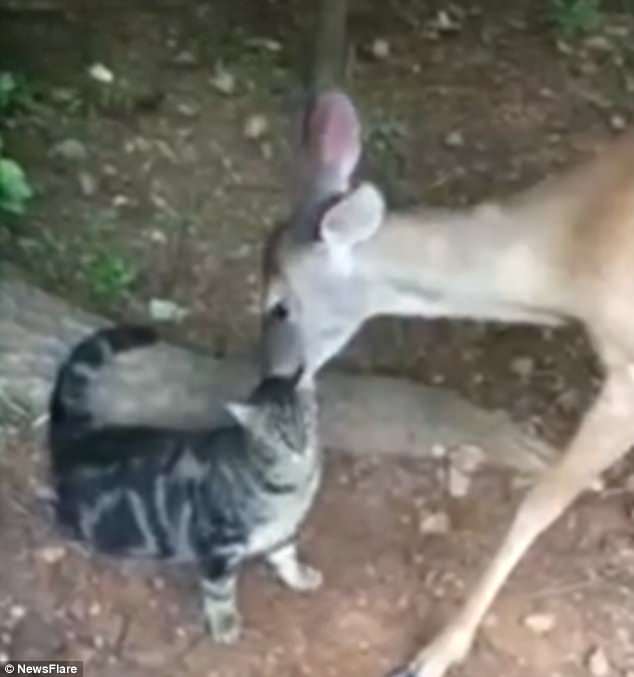 They are seen greeting each other with kisses and snuggles. Bumper is also seen grooming Target from head to toe.

‘They spend time together, I’m pretty sure they’re in the woods a lot,’ Skinner is heard saying in the clip.

‘These two, they amaze me.’ 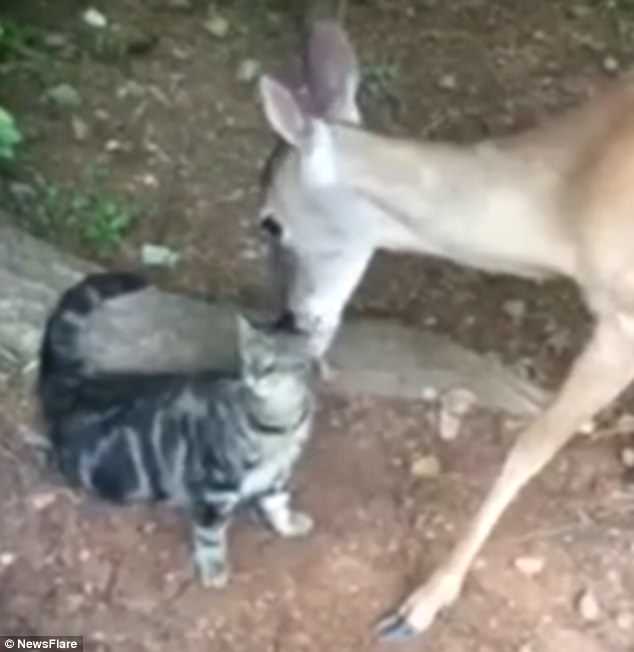 They are seen greeting each other with kisses and snuggles. Bumper is also seen grooming Target from head to toe

She added: ‘Every evening when I go out to feed the deer I say “Target, let’s go feed Bumper!” Target gets all excited and runs out with me.’

The other three deer in Bumper’s herd are unsure of what to make of the overly friendly Target and are still a bit stand-offish with her, Skinner says.

Nevertheless, Target tries to make friends with them as well.