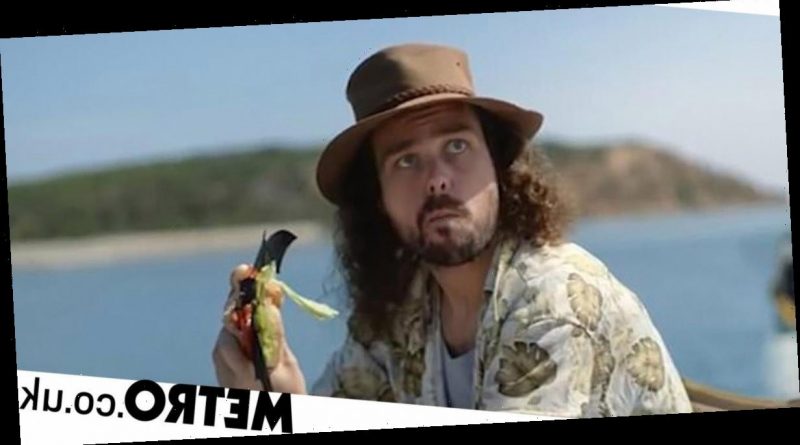 An Australian advert in which a man is seen eating a bat sandwich is being investigated by the authorities.

The film, produced by the Boating Camping Fishing Store (BCF), jokes that the Covid-19 outbreak was caused by someone ‘eating a bat’.

It shows a man fishing on the edge of a jetty while biting the head off a bat which is tucked into his sandwich. It has gained more than 250,000 views on YouTube.

Australia’s advertising watchdog, the Advertising Standards Bureau, has confirmed it has received complaints about the ad and is investigating whether to take further action.

A spokesman said: ‘Ad Standards has received a number of complaints about the BCF summer campaign commercial and is in the process of assessing these complaints to see if they raise an issue.’

Early cases of coronavirus have been linked to the live animal market in Wuhan, China, with some suggesting the virus spread from bats but this has never been proven.

The ad was created to encourage Australians to explore their home country this year as much of the rest of the world is off limits due to the pandemic.

Australia is generally considered to have been one of the most successful countries at controlling the spread of the disease and daily case numbers have been very low since September.

Community transmission has largely been eliminated but authorities are currently battling to contain small clusters of the disease in the country’s biggest cities, Sydney and Melbourne. Around 26 people are currently in hospital nationwide with the disease.

The country was able to stage much more significant new year celebrations and residents are enjoying greater freedoms as a result of the tight control of the virus.

A BCF spokesman told Australian media that the marketing campaign was intended to be light hearted and recognise that many Australians are staying at home this year.

BCF has often run into trouble with Australia’s advertising watchdog in the past, making the list of most complained about ads in both 2016 and 2018.

The spokesman said: ‘Of course we understand the severity of the pandemic and spread of Covid-19 but it is clear that this ad is framed in the same spirit.

‘Over the years BCF has established a tradition of irreverent campaigns in the spirit of good-natured fun. They will have their detractors and we recognise that.’

It comes as the Australian Prime Minister Scott Morrison said he would not rush to approve the roll-out of a vaccine because the country was not under as much pressure as the UK and other countries.

Australia’s pharmaceutical authority is not expected to rule on candidate drugs for around another month, and is aiming to administer the first doses by the end of March.

Pressed about that seemingly sluggish timetable, Mr Morrison – who early in the pandemic boasted Australia would be ‘at the front of the queue’ for any vaccine – suggested virus-ravaged countries like Britain had been forced to take risks with emergency approvals.

‘Australia is not in an emergency situation like the United Kingdom. So we don’t have to cut corners. We don’t have to take unnecessary risks,’ the conservative leader told local radio 3AW.