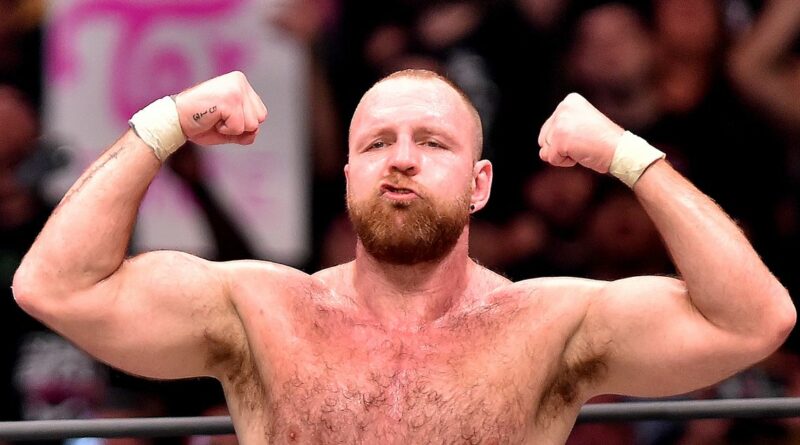 AEW fans have been treated to a scorcher of an episode of Dynamite with four titles on the line as they square off against 'WWE NXT' in the battle of the ratings.

The main event of the evening featured AEW World Champion Jon Moxley defending his belt against "Hangman" Adam Page while Chris Jericho put his ROH World Championship on the line against Dalton Castle.

The fourth title match of the night saw the AEW World Trios Championships be put on the line as Death Triangle faced off against Best Friends.

Death Triangle (PAC and The Lucha Brothers) and Best Friends (Chuck Taylor, Trent Beretta and Orange Cassidy) were embroiled in a highly-entertaining bout that began with rivals PAC and Orange Cassidy coming to blows.

It was a back and forth match that Best Friends almost won after Cassidy almost caught out PAC with a roll-up before one half of the Lucha Brothers, Penta, was slammed to the ground by Beretta.

The other Lucha brother Fenix came through clutch after hitting a double cutter to Taylor before planting Trent for the three-count to retain the championship.

A show of respect between Toni Storm and Hikaru Shida was shown as the pair shook hands before putting everything out there for the Interim AEW Women's World Championship.

It was a tremendous showing of athleticism from both women who took to the top turnbuckle during the bout where headbutts from Shida followed by a Meteora almost won the title for her before Storm kicked out.

After an entertaining sequence, Storm pulled out her signature Storm Zero to end the match and retain her belt.

Unlike the women's bout, respect wasn't reciprocated at the beginning of the match, at least from Dalton Castle's side who rejected Chris Jericho's handshake and flipped him off.

Unfortunately for Castle, that only fired up the champion who had Jake Hager ringside while Castle had The Boys accompanying him.

While Hager and The Boys came to blows outside the ring, Jericho and Castle were locked into a battle of ages as the latter connected with a devastating Bang-A-Rang, which Jericho kicked out from just in time.

While Castle struck the champion with numerous forearm strikes, Jericho used one last burst of energy to hit his opponent with the Judas Effect to add another cap to his feather and once again retain his title.

The main event of the evening began in the crowd as Jon Moxley and Adam Page began brawling with the champion already busted open before they made it to the ring.

Page connected with Dead Eye and was then able to lock in a Single Crab, but Moxley managed to roll out.

After Page found success with a Fallaway Slam, it was Moxley who landed the ending blow as he hit Page with a King Kong Lariat which drops him to the canvas.

The doctor entered the ring to check on Page who was stretchered out of the ring, bringing the match to an end due to injury as Moxley retained his AEW World Championship.