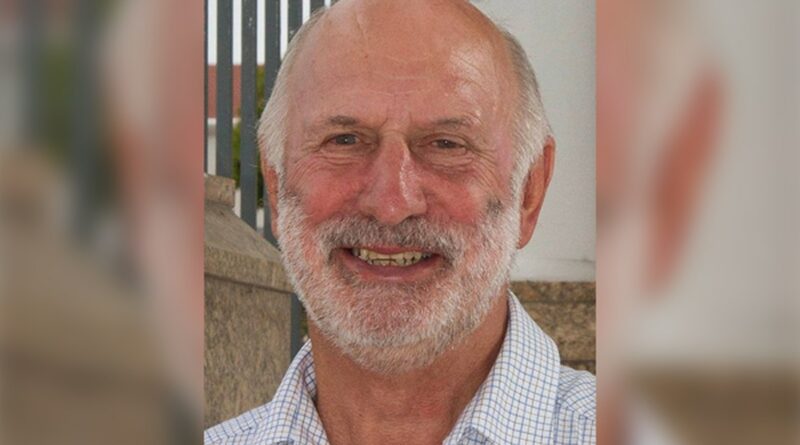 A man who died while bodyboarding at a popular Northland beach was an Officer of the New Zealand Order of Merit doing “an activity that he cherished”.

Emergency services responded to a report shortly after 4.30pm that a man had been located unresponsive in the water.

This followed an earlier water death that day after a person died in Te Puia Springs in the Waikato town of Kawhia.

Harvey was unable to be resuscitated despite extensive efforts, police said in a statement.

It is believed that Harvey was there holidaying with his wife Mary at their bach.

In a statement, Harvey’s family said he died at “his favourite place doing what he loved most”.

“He loved Langs Beach and has had a house here for 30 years and enjoyed fishing, diving and swimming.

“He was an incredible husband, father and grandfather, and his death has left an enormous hole in our family.”

Harvey had enjoyed the summer surrounded by most of his children and grandchildren.

His youngest son Gerard lives in London along with his wife and family, and unfortunately due to Covid restrictions cannot return for the funeral.

“However we have been in constant touch with him as we’ve grieved and we’ll be including him and others remotely at the funeral via video.

“We are all so grateful for the love and support we have received from the local community at Langs Beach.

“We would like to thank all of the people at Langs who assisted during the incident on the beach on Friday afternoon, the incredible paramedics and lifesavers who worked tirelessly trying to revive Colin, and the police who responded with such empathy and kindness.”

An obituary said the spot where Harvey died was “a location that he loved” and that he was doing “an activity that he cherished”.

Harvey is known for making major contributions to the New Zealand agricultural industry.

Having grown up on Taranaki dairy farms, Harvey went on to found animal health company Ancare which he sold in 2007 to Merial -the global animal health business that was acquired by Boehringer Ingelheim International in 2017.

In recent years he also chaired the growth of several new companies including the Hobbiton Scenic attraction, and biotech start-ups Mastaplex, CertusBio and Orbis.

Mastaplex CEO and managing director Dr Olaf Bork said it is going to be hard to fill the “big gap” he has left on their board.

“He’s a legend in the animal health area, he has made so much impact through his contributions,” said Bork.

“He had great leadership, he was a great innovator and inspirer.

“I’m deeply sorry for his wife and his family for the tragic loss … it’s definitely a difficult time for Mastaplex as well.”

Harvey graduated from Massey University with a Bachelor of Agricultural Science in 1968 and until December last year he was an active member of the university’s council.

“Typical of Massey graduates, he epitomised that roll-up-your-sleeves kind of mentality and was a successful businessman with huge impact and legacy in the New Zealand agricultural sector,” said Thomas.

“[He] was a thoroughly decent human being and an incredible New Zealander who will be dearly missed.”

Harvey leaves behind four children and their partners, as well as nine grandchildren.

Harvey’s death has been referred to the coroner and findings will be released in due course.

“Police are making inquiries in relation to the death on behalf of the coroner,” police said in a statement.

“Police extends condolences to the man’s family and loved ones.”

His funeral will take place at the St John Baptist Catholic Church in Mairangi Bay this Friday.

While the cause of his death has yet to be established it is the third water-related death in Northland so far this year.

Northland’s first water-related incident occurred on January 4 when 4-year-old Shakib Tahir could not be revived at Kai Iwi Lakes, followed by another drowning of a 2-year-old on January 8 in Whananaki.

It has been a heartbreaking summer so far for water-related deaths across New Zealand.

As of January 5, 25 people had drowned since the beginning of December – equal to the total for all of last year’s 2020/21 summer, with nearly two months to go.

In recent weeks there have also been several deaths.

Water Safety NZ chief executive Daniel Gerrard said the level of drowning was “unprecedented” and described it as “horrendous”.