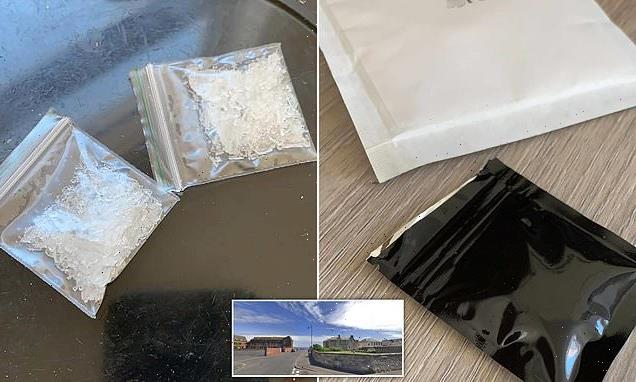 Airbnb hosts have been left stunned after their guests allegedly ordered bags of ‘crystal meth’ to their rental property.

The Scottish hosts phoned in police after discovering the ‘narcotics’ in a package sent to the holiday home in Prestwick, East Ayrshire.

The owners, who have remained anonymous, claimed the ‘drugs’ were destined for two guests who rented the property from June 21 to 26 – but that they arrived after they checked out.

While Airbnb reportedly said it was investigating the case, one of the owners said ‘police can’t do anything’ because the holidaymaker ‘has not handled it [the drugs] in any way’.

In a post online the host said: ‘Well it’s confirmed by police that this is a controlled drug.

The shocking find was discovered by Airbnb hosts in picturesque East Ayrshire, in Scotland 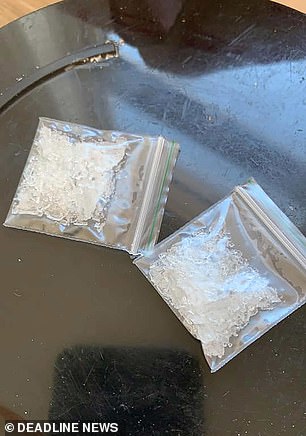 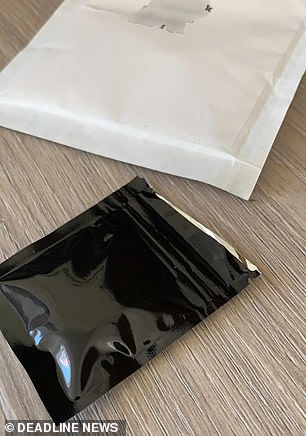 The two bags of ‘crystal meth’ (left) came to the Prestwick property in a shiny black envelope (right), claimed the Airbnb hosts in an online post

‘It was sent to our address for a guest who left before it arrived.

‘The police can’t do anything because he has not handled it in any way. I wanted it off the streets and disposed of properly.’

The visitors had allegedly told the hosts that they were getting an SD card delivered to the property during their stay.

The pair then checked out on Saturday, June 26, but their package still hadn’t arrived.

When the hosts went to clean the property they were shocked to find white powder and stains across the sofa as well as a pungent smell in the living room that lurked for weeks afterwards.

The owners said a small package came in the post, which they opened to discover small bags filled with white powder they believed to be crystal meth.

The package was then reported to police who allegedly believe it to be a ‘controlled drug.’

One of the anonymous owners said today: ‘We think it’s crystal meth, we asked an expert friend and the Police said it’s likely to be a controlled drug.

‘The drugs were delivered at lunchtime on Saturday [June 26] after they had left.

‘The guest came to us on the Wednesday saying they had sent an SD card to this address and we let him know that this wasn’t usually allowed.

‘Two bags of a white substance were sent to our home, the address and his name was typed rather than written.

‘He said it was going to be a camera SD card, we opened it along with lots of mail not realising.

‘The situation gave us a fright, the police are not investigating because he did not handle the drugs so he just needs to deny it. 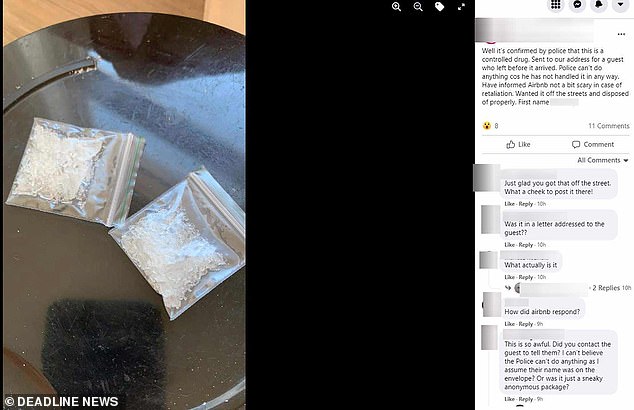 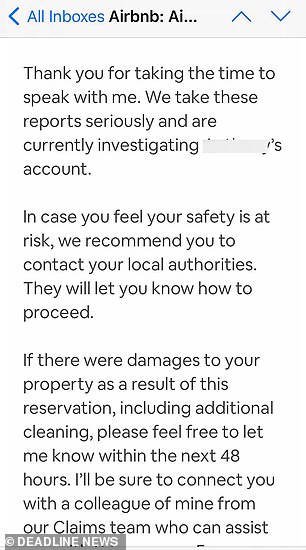 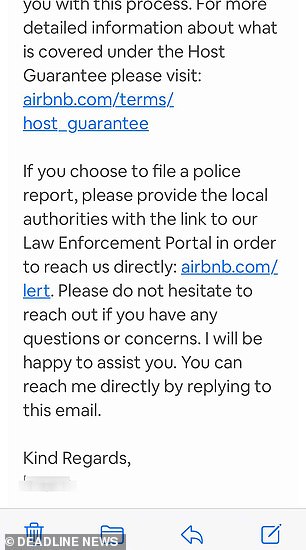 In a screenshot alleged to be from Airbnb, the company says it is investigating the guest’s account

‘But they have made a note of his name against it if something similar comes up again.

‘The police didn’t put the drug through a lab but made some sort of presumptive test they called it.’

They continued: ‘There were stains on the sofa where they did not use the bedding on the sofa bed.

‘He did try to tidy up but it took more than a week to get rid of the smell and we will need to repaint.

‘We also had to find alternative accommodation for the next guest. It was mainly the smell ingrained in all the fabrics and upholstery.

‘The smell was more than pot, it was chemically and heavy and there was white powder left around the living room.’

‘I complained to Airbnb who said I could claim for cleaning and they would ‘review’ his account.

‘He has since messaged to apologise for professional cleaning so they must have said something to him, but I haven’t replied.’