Three people were injured when an airplane’s landing gear collapsed and the plane caught fire Tuesday, a spokesperson for Miami International Airport said. 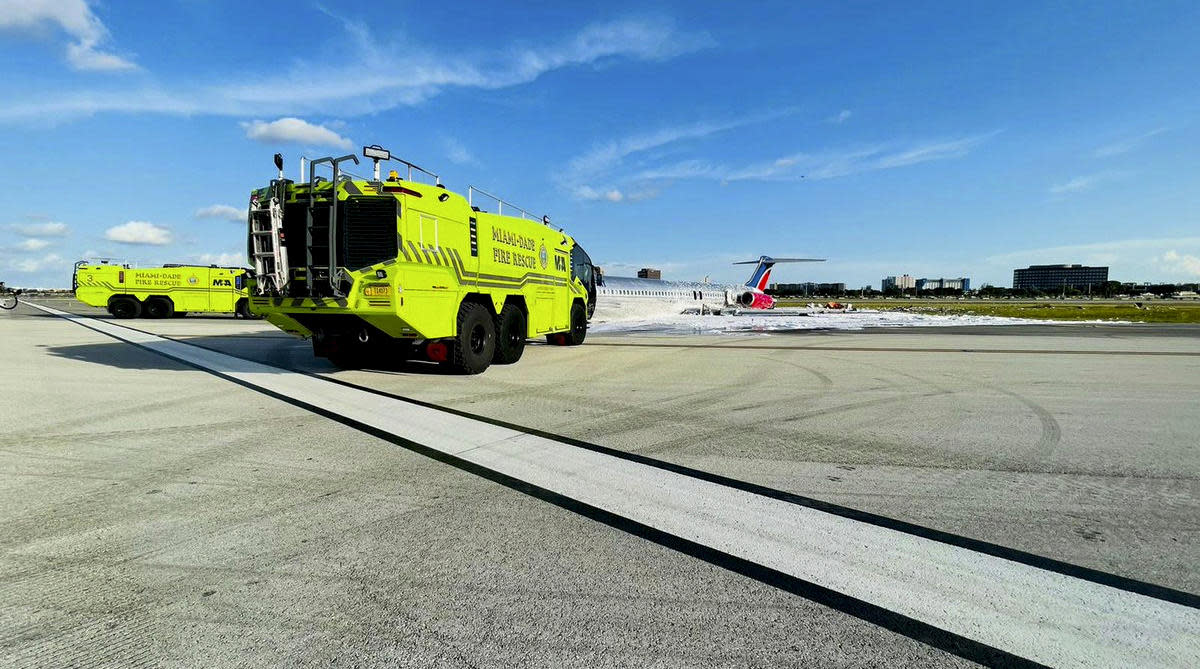 As the Red Air flight, which was arriving from Las Américas International Airport in the Dominican Republic, approached the runway Tuesday evening, the landing gear “collapsed,” the Federal Aviation Administration said. The issue with the landing gear caused the fire.

Erika Benitez, of Miami-Dade Fire Rescue, said officials responding to the scene found one of the wings was on fire. Foam trucks were used to extinguish the flames.

There were 126 people onboard, and three were taken to the hospital with minor injuries, Miami-Dade Aviation Department communication director Greg Chin said. The rest of the passengers were bussed to the terminal. 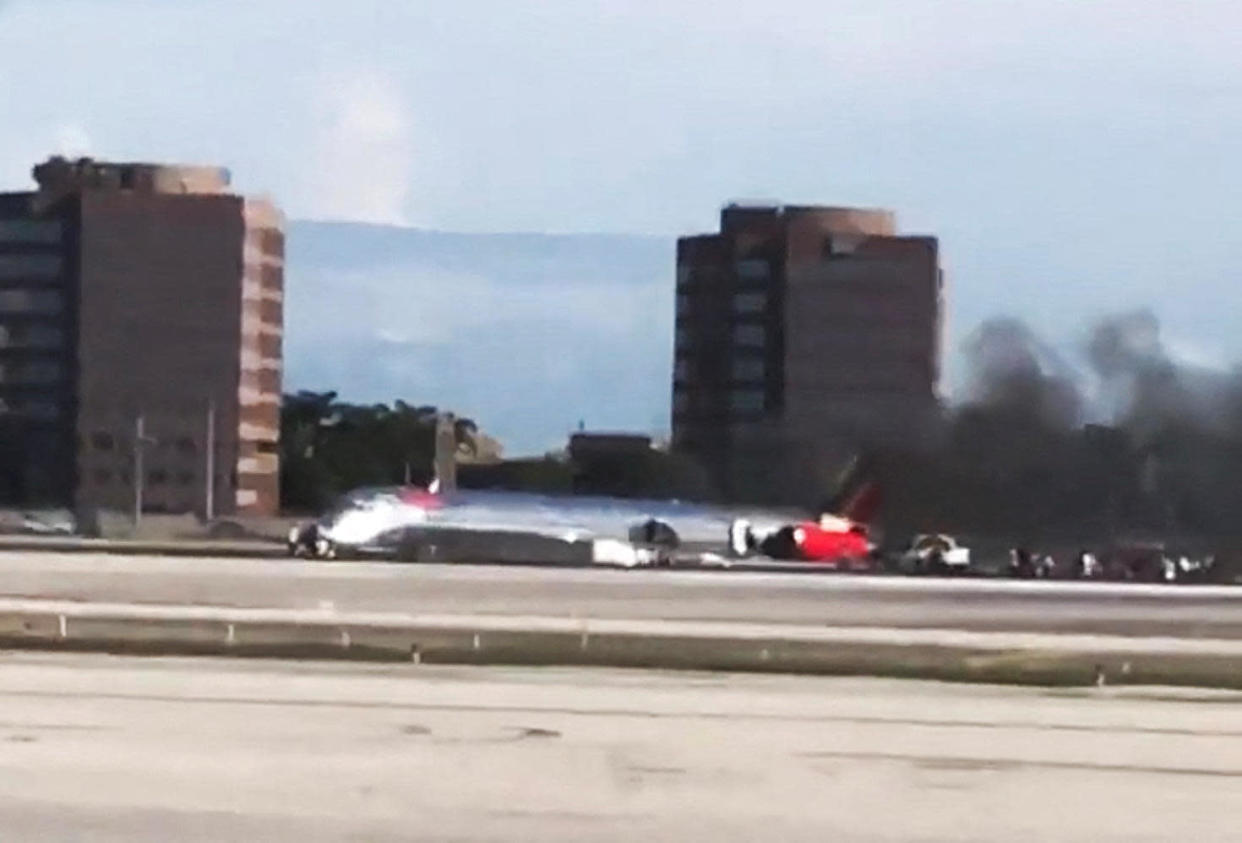 Videos posted online showed the flames, which have since been extinguished, Chin said.

The FAA and National Transportation Safety Board are investigating the incident. Red Air said in a statement that the Dominican Institute of Civil Aeronautics would also be investigating.

#RedAir MD80 just caught fire after landing at MIA airportAll passengers look to be safe as they exited the plane pic.twitter.com/go66ozwRSX