Turkey has launched its military operation in northern Syria, with airstrikes hitting the border towns of Ras al Ain and Tal Abyad.

Turkish president Tayyip Recep Erdogan confirmed the news on Twitter, writing: “Our aim is to destroy the terror corridor which is trying to be established on our southern border and to bring peace and peace to the region.

“With Peace Spring Operation, we will eliminate the terrorist threat to our country. Thanks to the SAFE ZONE we will establish, we will ensure that Syrian refugees return to their countries.

“We will protect the territorial integrity of Syria and free the people of the region from the clutches of terror.”

The military operation follows a White House announcement on Monday that US armed forces would pull out of the region “soon”.

The White House said it came after a phone call between President Donald Trump and Mr Erdogan.

Since then, about 1,000 US troops have begun to move out of northeast Syria, leaving their allies, the Kurdish-led Syrian Defence Force (SDF) – seen as enemies of Turkey for the past 35 years. 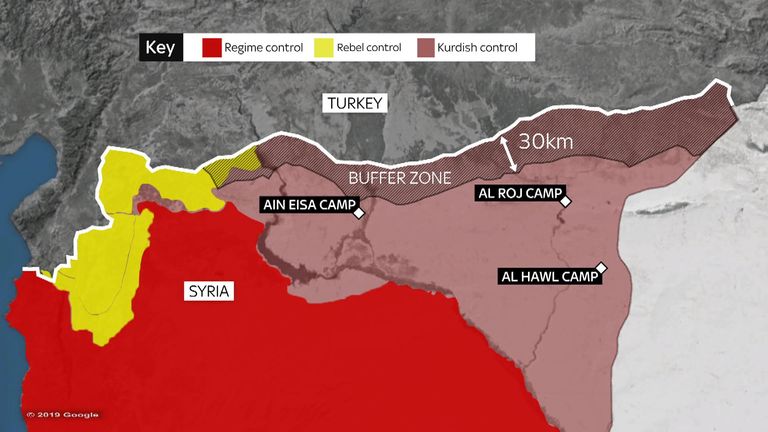 An SDF spokesman appealed to the US and its allies for a “no fly zone” to protect it from Turkish attacks in northeast Syria.

“The SDF showed good faith to the security mechanism agreement between the US and Turkey. This left our people
defenceless.”

On Tuesday, Turkish officials said its military had struck the Syrian-Iraqi border to prevent Kurdish forces using the route to reinforce the region.

President Erdogan’s aide, Fahrettin Altun, said fighters from the Kurdish YPG – viewed as terrorists by Turkey – could either defect or Ankara would have to “stop them from disrupting” Turkey’s struggle against Islamic State militants.

The SDF has called the US decision a “stab in the back” and said they might start talks with the Syrian government and Russia to fill the vacuum left by a possible full US withdrawal. 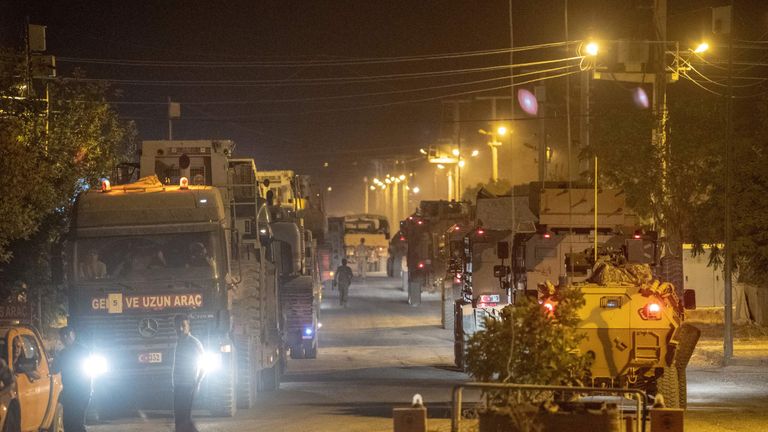 Mr Trump’s move has also drawn criticism from both Republicans and Democrats who have warned for months that could lead to a massacre of the Kurds.

It has also rattled allies, including France, one of Washington’s main partners in the US-led coalition fighting IS.

Russia, Syrian President Bashar al-Assad’s strongest foreign ally, said Washington or Ankara did not tell them in advance about any agreements to pull out US troops.