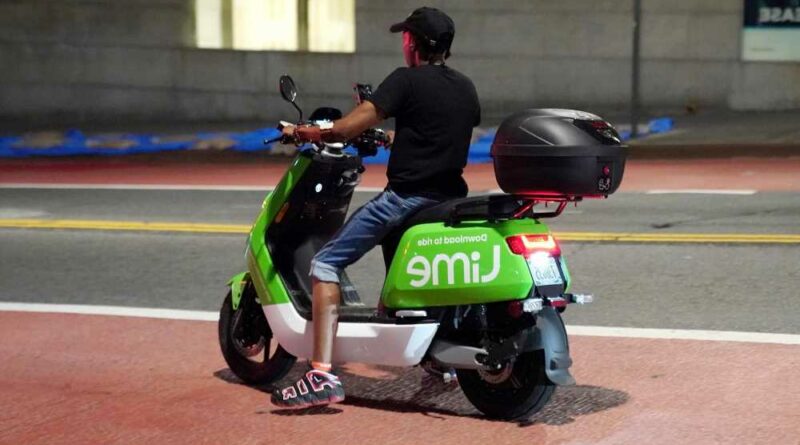 Driver who killed girl, 4, in hit-and-run crash sought by cops

A new proposal in the state legislature would bring penalties for hit-and-run electric scooter and electric bike riders in line with those facing car and truck drivers.

“There have been multiple cases of people getting hit by electronic bikes, scooters,” Krueger told the Post — such as the hit-and-run that killed actress Lisa Banes in June.

“We’re talking about things that actually look like motorcycles or mopeds. They’re hefty vehicles, and they don’t have a license plates… which is why we think it’s so important that the same rules that apply to a car in a hit-and-run apply to you if you’re using one of these electric vehicles,” Krueger said.

“I think it’s almost common sense policy that we should have these vehicles have to follow basically the same rules of the roads.”

Leaving the scene of a car crash that results in physical injury is currently a felony under state law — but doing it on an e-scooter or e-bike is a mere misdemeanor.

State legislators and Gov. Andrew Cuomo legalized e-bikes and e-scooters at the start of 2020. Riders must adhere to 25 mph speed limits, but Krueger said Manhattan is inundated with electric two-wheelers going much faster.

“They’re not supposed to be able to go over 25 miles an hour, but of course you can soup up anything,” Krueger said. “I’m not anti bike. I’m not anti electric bike — as long as you’re driving them carefully. I’m not even saying I’m anti- other electric vehicles… but if you’re on a motorcycle that’s electric, you should be on the roadway, not on the bike path — and you should be following the same laws.”

The powerful Senate budget chair had outspoken reservations about e-bike and e-scooter legalization when they were passed last January.

She said lawmakers must adapt to the “evolving” array of vehicles on city streets, and suggested higher-speed electric motorcycles could be required to have license plates.

“Do I think an electric bicycle needs to be licensed? Based on the homework I’ve done of entities trying to explore that, no, I don’t think we’re at that stage,” she said.

“But if we’re going to call something [a scooter] that looks just like a motorcycle and has the same power, wright and speed, then maybe.”