A plane is today ready and waiting to take the 23-month-old overseas, with the family's barrister saying it was an application "for common humanity and common sense".

The hearing at Manchester comes as the doctors were left "gobsmacked" that the sick tot had continued to breathe for 19 hours after his life support was switched off.

Paul Diamond, who will represent the parents this afternoon, is expected to argue that it is not in Alfie's best interests to be left at Alder Hey Hospital and that he should instead be flown overseas – with an air ambulance already waiting and Italy also offering him a private jet.

It could be another glimmer of hope for the tot's family after they lost their last appeal at the High Court on Monday, having hoped that the tot would be permitted to travel to Rome for treatment of his degenerative neurological condition.

Alfie's parents have been embroiled in an extended court battle to have their son, who has been in a "semi-vegetative state" for more than a year, receive treatment, with doctors arguing that it was in his best interest to stop mechanical ventilation.

A spokesperson for the Christian Legal Centre, which has been assisting Kate James and Tom, said: "Alfie has survived much longer than the doctors predicted, lending support to the request from Alfie's parents for Alfie to be seen by medical experts in Italy."

Dad Tom Evans, 21, this morning said that his son is still breathing and fighting against all odds, saying on Good Morning Britain: "He is still working, he's doing as good as he can.

"Because he's been doing it for nine hours totally unexpected, the doctors are gobsmacked and I do believe he will need some form of life-support in the next couple of hours and I think he ought to be respected and given that."

He added: "It's actually come to the point where his mum is asleep next to him.

"She can actually go to sleep next to him. She feels comfortable with him."

An image of mum Kate cuddling her baby boy was today shared on social media, with the tiny tot held close to her chest.

The family desperately asked for prayers of support, saying: "Nearly 19 hours breathing on his own with just oxygen and water. Please please please continue to pray!!" 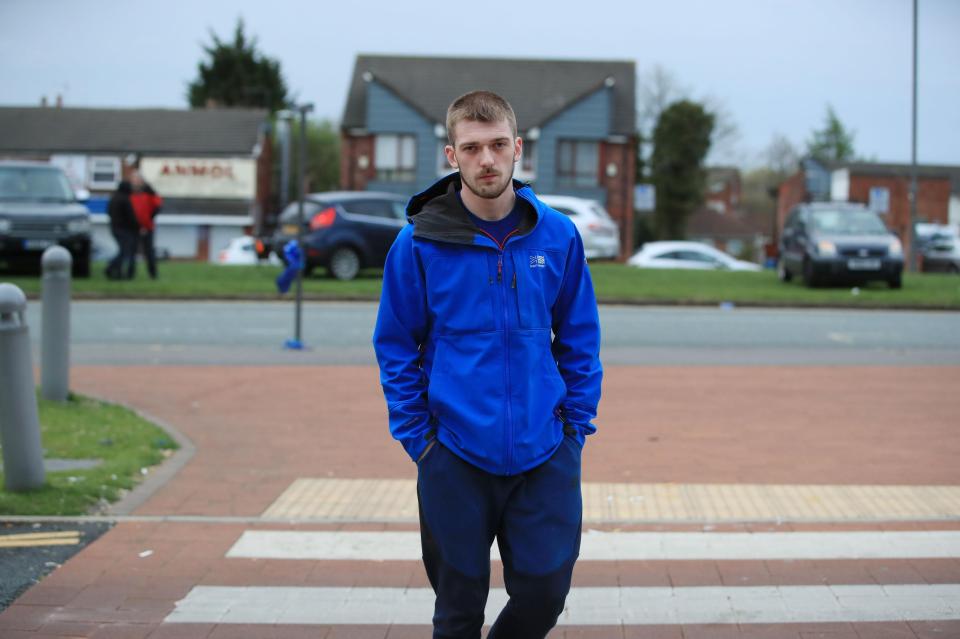 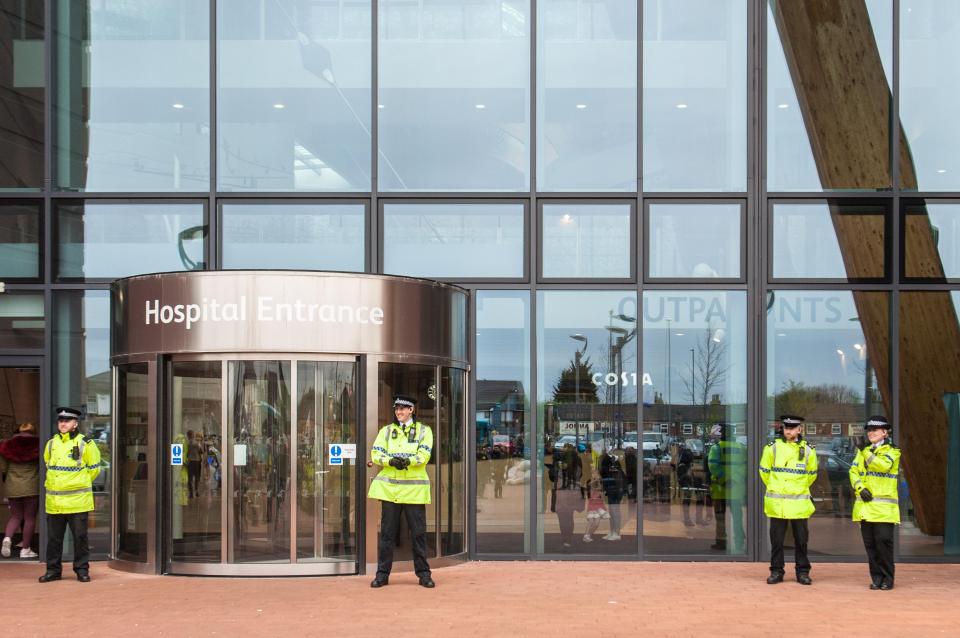 A hopeful Tom said that it had only taken a few minutes to realise that Alfie was breathing on his own after being taken off life-support last night.

He said: "They say Alfie is suffering. Well look at him now. He's not even on a ventilator and he's not suffering."

Tom then wrote on Facebook: "I fought hard in court for my son because I know what's right!! And look where we are now my son is still ALIVE AFTER OVER 10 horrendous scary heartbreaking hours."

The family later shared an update on social media, writing: "Alfie has been breathing for himself for 11 hours!!! He is getting water and oxygen!!!!! Proving these doctors wrong!!!!"

It comes after Tom said he had sat down with doctors overnight, with medics agreeing that the little boy would receive oxygen and water after realising the tot was still fighting.

He said: "They left him for six hours without food, water and oxygen.

"I felt blessed when they confirmed they were going to give him his water and his oxygen." 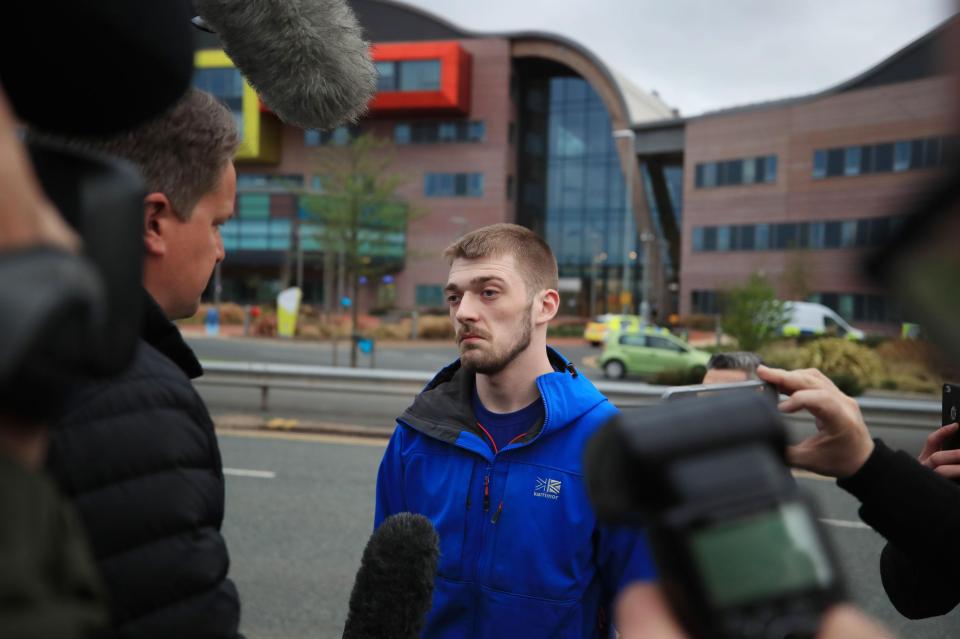 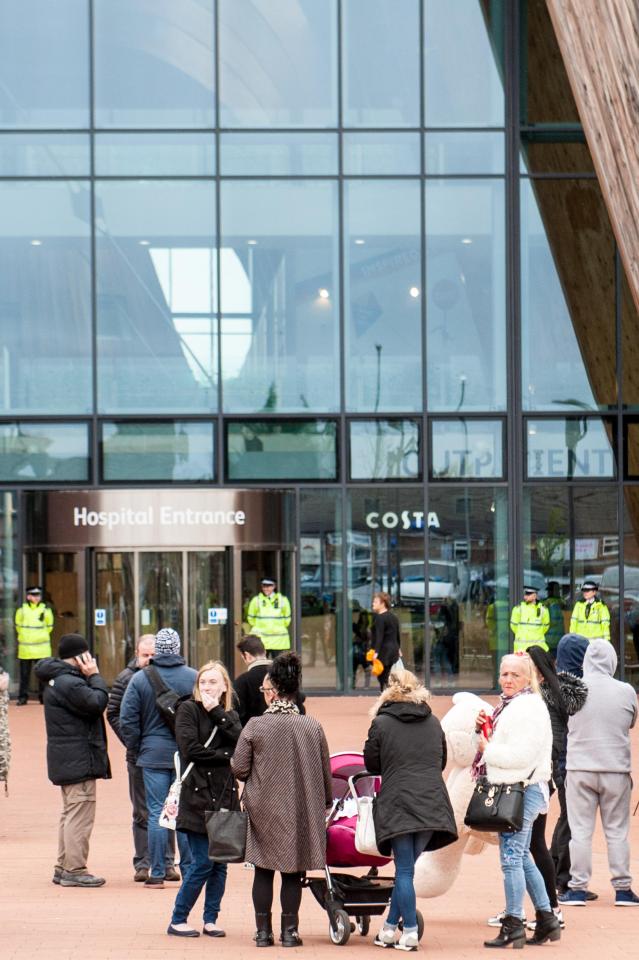 Mum Kate James also shared a photo of her little boy asleep in her arms, writing: "Alfie has been allowed oxygen and water!! How amazing is he.

"No matter what happens he has already proved these doctors wrong. How beautiful does he look."

Tom had initially claimed that staff at Liverpool's Alder Hey Hospital were "refusing" to give Alfie oxygen, saying in a Facebook live video: "Alfie has sustained his life… He is needing oxygen but the hospital won't give him any.

"I don't know what to do. He's not suffering.

"He is losing his colour and his fingers are going slowly blue but he is able to sustain his life."

A heartbreaking picture was also posted on the supporter's Twitter page, Alfie's Army, showing the little boy sleeping peacefully without any tubes. 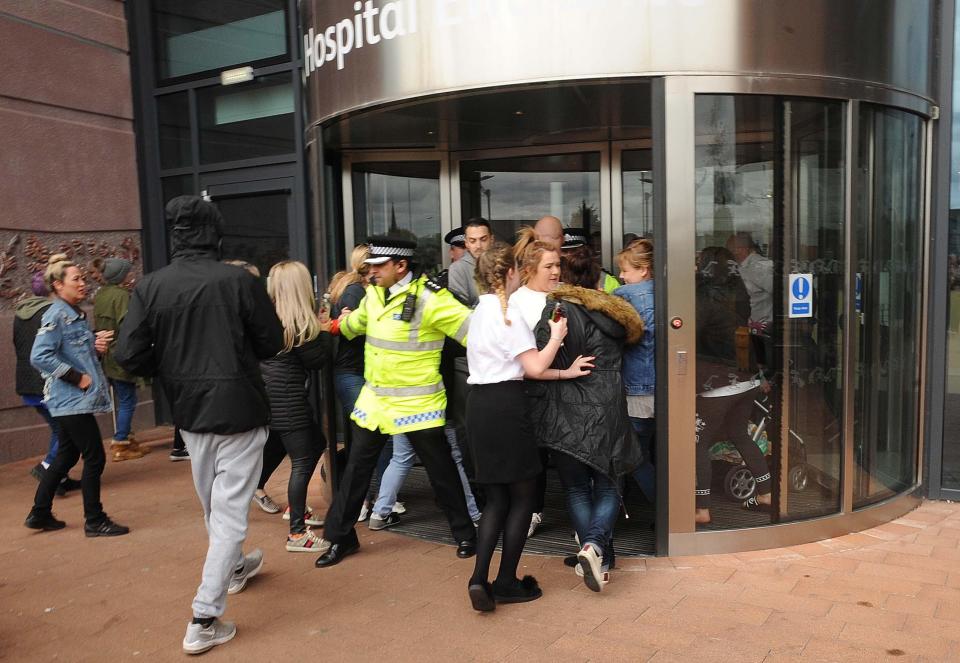 Alder Hey today requested members of the public to refrain from calling the hospital for updates, later issuing a statement to say that "every action and decision is taken in the best interests of the child, and decisions on care, including the withdrawal of treatment, are always made with the involvement of parents."

They added: "We feel it is important for the public to know that decisions to withhold or withdraw treatment from a child are not made lightly."

Supporters had tried to storm the hospital on Monday after Tom accused doctors of murdering him following the ruling by the European human rights judges.

Ranks of police struggled to keep a crowd of hundreds at bay yesterday as emotional Tom vowed to bring private prosecutions against medics who had wanted to withdraw his son's life support.

He told well-wishers: “Doctors need to know they are murdering my son. It’s a straight up clean execution. I won’t stand back and allow you to do this. I’m putting a private prosecution in.”

Tom also claimed he and Alfie's mum Kate James, 20, were being treated like "dogs" and had to sleep on the floor. 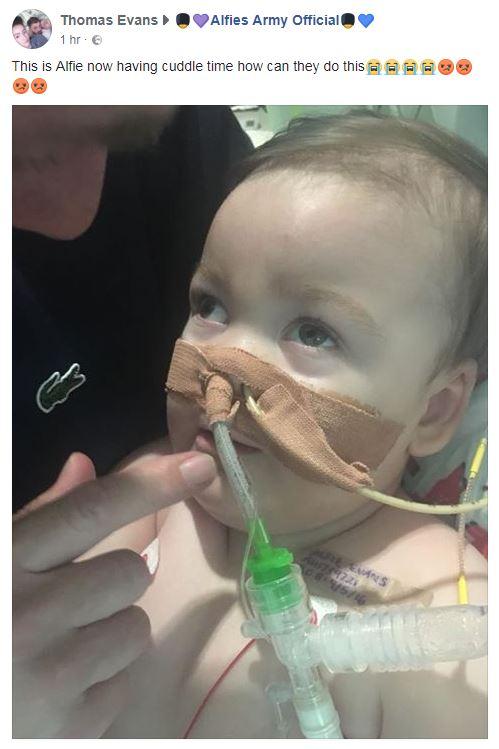 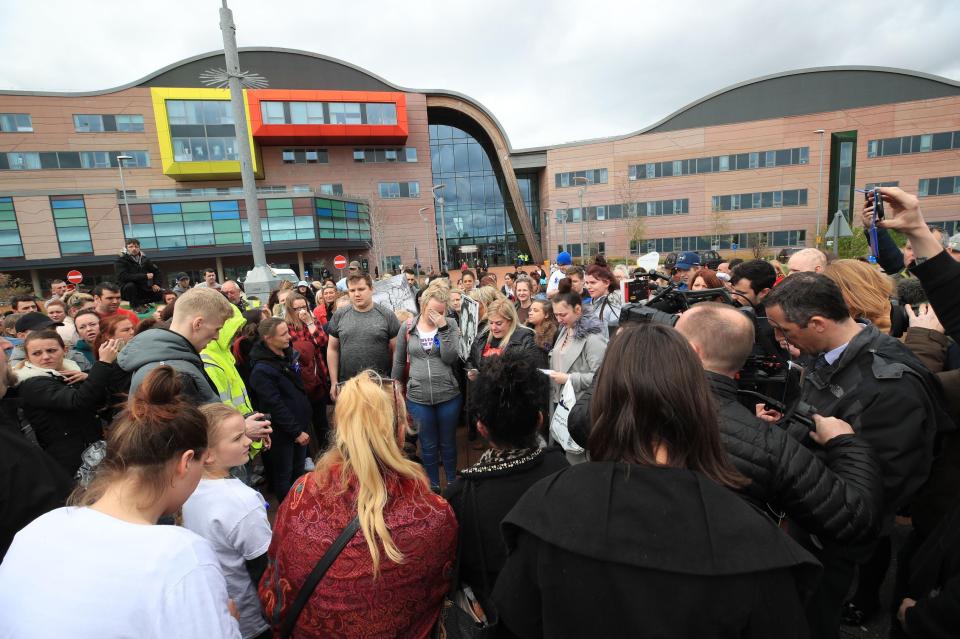 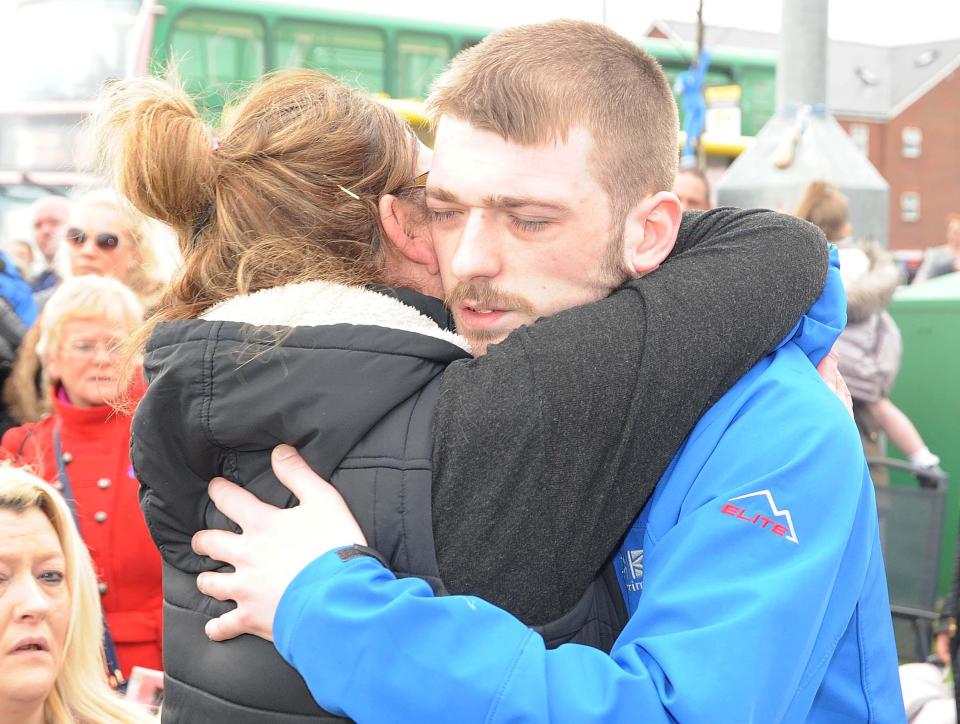 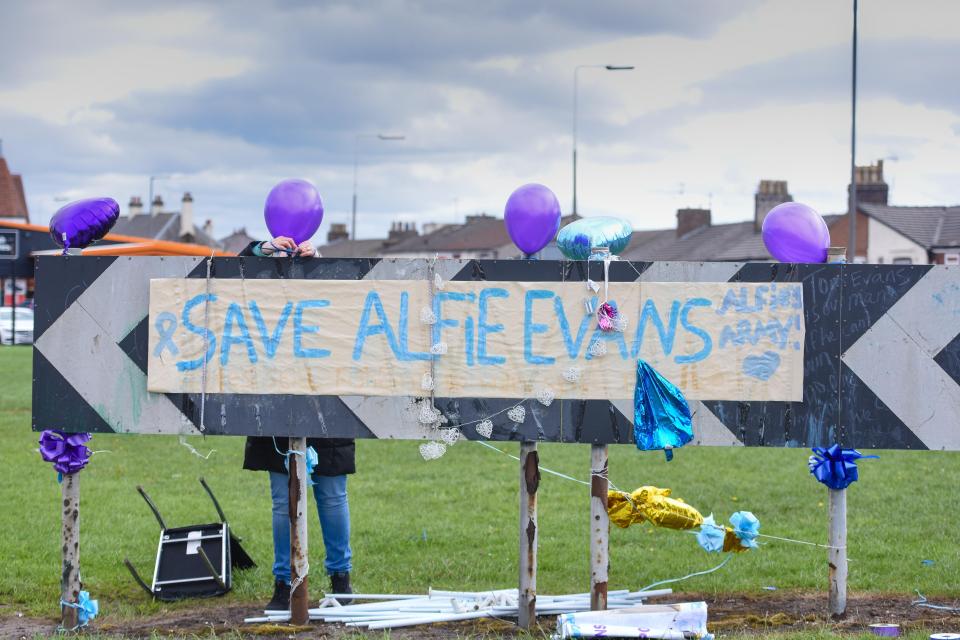 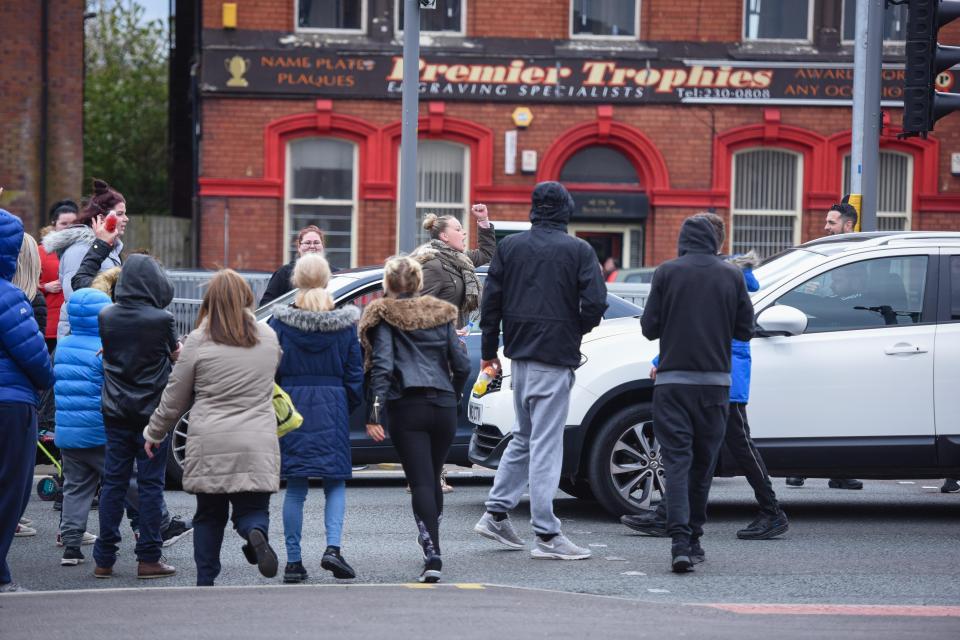 Last week Tom went to the Vatican and met the Pope – revealing that air ambulances were ready to whisk the toddler for treatment in Italy.

The family had pinned their hopes on receiving support from the Pope, with Alfie yesterday given Italian citizenship.

Pope Francis vowed to give the tot treatment in Rome, tweeting: "Moved by the prayers and immense solidarity shown little Alfie Evans, I renew my appeal that the suffering of his parents may be heard and that their desire to seek new forms of treatment may be granted."

But specialists have maintained that it's kinder to let Alfie, who has a degenerative brain condition, die.

High Court judge Mr Justice Hayden ruled earlier this year doctors could withdraw life-support, and accepted evidence from Alder Hey specialists that flying Alfie to a foreign hospital would be pointless and wrong.

The ruling was backed by Appeal Court judges, and last week the Supreme Court dismissed a bid to stop medics from withdrawing life support.

On Monday, the European Court of Human Rights said an application by Alfie's family was "inadmissible" and it would not intervene.

ALFIE'S LIFE: The young tot is just 23-months-old but is still fighting for his life

2016
May 9: Alfie is born in Liverpool to parents Tom Evans and Kate James.

December: Alfie is taken to Alder Hey Children's Hospital after suffering seizures. He will spend the next 12 months there.
2017
December 11: The hospital and family disagree over Alfie's treatment, with his parents saying that the hospital applied to the High Court to remove parental rights and withdraw ventilation.

February 1: A hearing begins at the High Court in Liverpool in which lawyers acting for the hospital claim further treatment for Alfie is unkind and inhumane.


February 2: One of Alfie's doctors tells the judge there is "no hope" for the youngster, who is in a semi-vegetative state from a degenerative neurological condition doctors have not been able to definitively identify.

March 6: Court of Appeal judges uphold the decision of Mr Justice Hayden.
March 8: Alfie's parents ask for the case to be considered by Supreme Court justices.
March 20: Supreme Court justices decide the case is not worth arguing and refuse to give the couple permission to mount another appeal.
March 28: The European Court of Human Rights also rejects a request from the family to examine the case

His life support is turned off at 9.17pm.

April 24: Alfie is still breathing on his own, according to his father 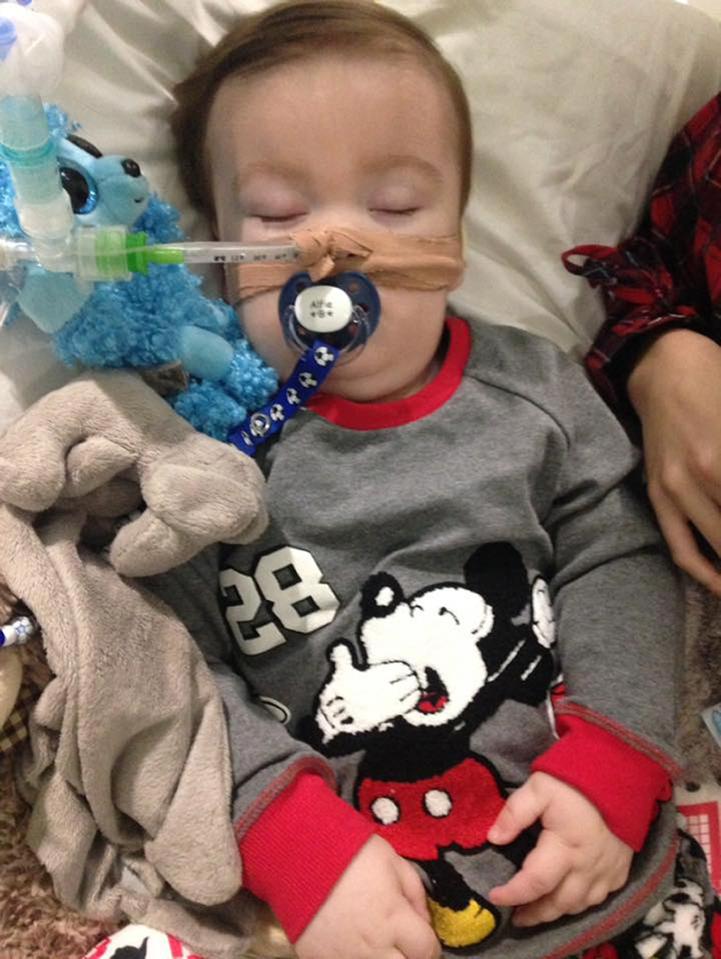 Judges said yesterday there was "no reason for further delay", adding: "The hospital must be free to do what has been determined to be in Alfie's best interests.

"That is the law in this country. No application to the European Court of Human Rights in Strasbourg can or should change that."

They continued: "Alfie looks like a normal baby, but the unanimous opinion of the doctors who have examined him and the scans of his brain is that almost all of his brain has been destroyed.

"No one knows why. But that it has happened and is continuing to happen cannot be denied.

"It means that Alfie cannot breathe, or eat, or drink without sophisticated medical treatment.

"It also means that there is no hope of his ever getting better."

A spokesperson for Alder Hey today reassured patients and families that the hospital was operating as usual.

The hospital added in a statement: "Alfie’s parents have done everything in their power to do what they think is best for him even though that is contrary to the views of the doctors.

"That has inevitably prolonged the period over which he has been given treatment that was determined in February not to be in his best interests.

"We understand that this decision is very distressing for Alfie’s family at this very difficult time."