AN AMATEUR chef was trolled after a social media snap of a steak dinner ended up looking like a “hospital bedpan”.

Brits were left horrified after the strange looking meal was posted on Facebook page ‘Rate My Plate’. 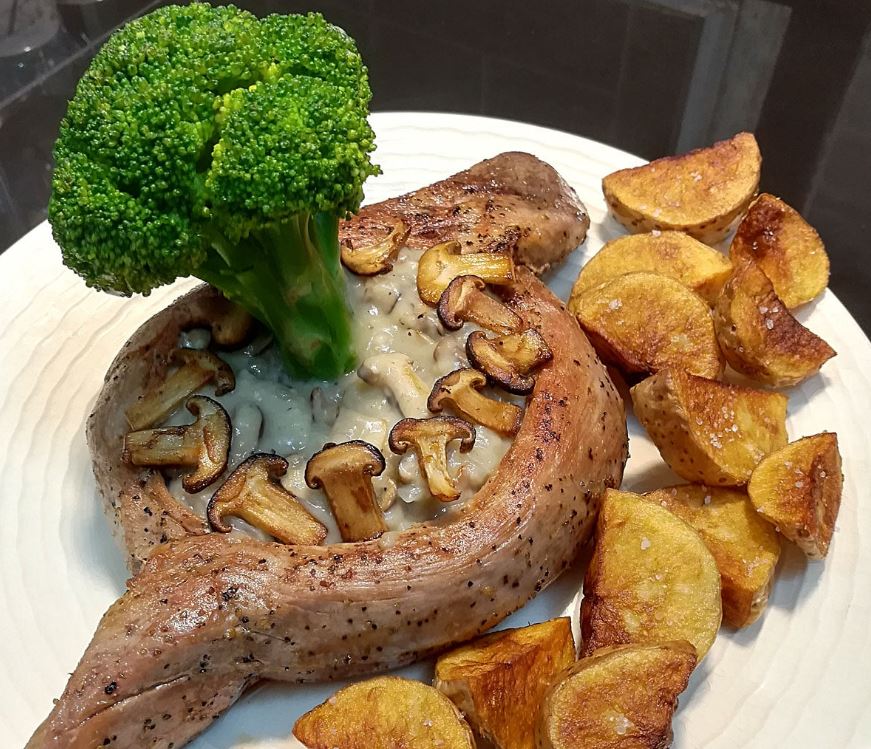 Budding chefs share their best culinary creations on the page, which has over 500,000 members.

But the feedback is often brutal – and one cook’s steak dinner was roasted mercilessly by critics.

The post amassed over 5,700 comments – most of them ripping into the plate.

One read: “Looks like a bedpan from an abandoned hospital with a tree and some fungus growing out of it.”

While another added: “My dog passed something like this once."

And another said: “Only thing that is good for is the bin!”

Other users compared the steak to an “undercooked snake” while one woman cropped in on part of the pork and wrote: “Reminds me of my ex”.

It comes after commenters ripped into a woman’s fry up after she posted it to the page last year.

One person described the meal as "a hate crime put on a plate".