Amazon courier is sacked for calling garage owner, 54, a ‘d***head’ in delivery note for a carving knife ‘after he refused to reveal his date of birth to prove he was over 18’

An Amazon courier has been sacked after calling a business owner a ‘d*** head’ in his delivery note.

Mike Daniels received parcels on Wednesday and was asked for age verification because he’d ordered a carving knife, but refused, fearing his data could be hacked.

When he checked his Amazon app that evening, the 54-year-old garage owner found a note from the courier saying the packages were handed to ‘D***head’. 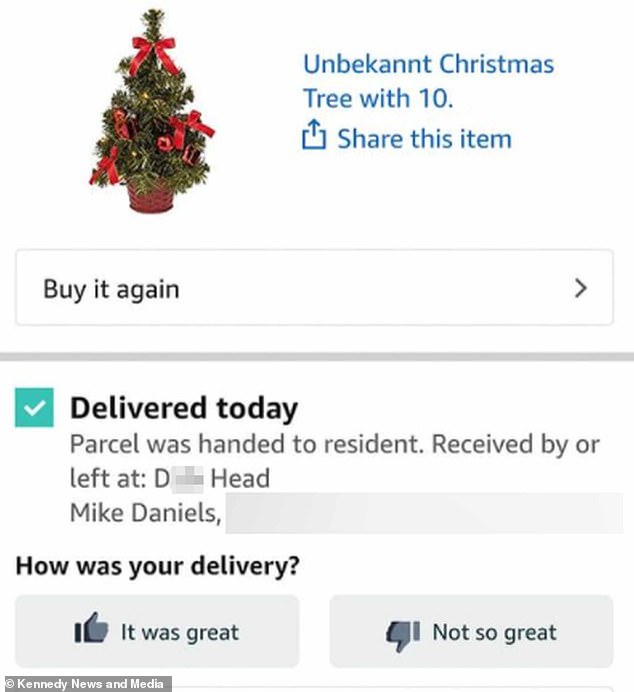 The 54-year-old garage owner found a note from the courier saying the packages were handed to ‘D***head’. 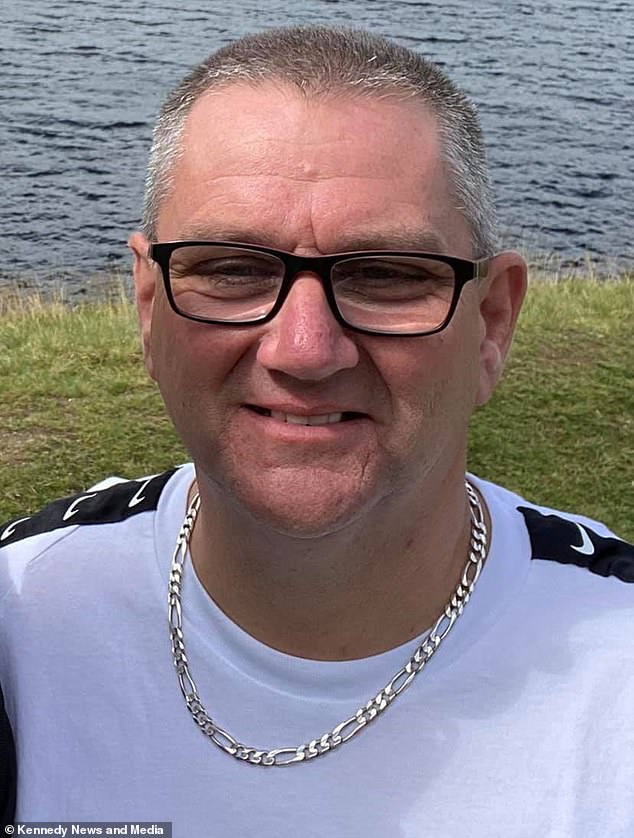 Mike Daniels refused to provide his date of birth to a courier, fearing his data could be hacked

The father-of-three contacted Amazon to complain after spending more than £800 on Christmas presents, but has slammed the online giant for being ‘dismissive’.

Amazon said the incident was ‘unacceptable’, adding they would be ensuring the driver did not work for them again.

Mr Daniels, from Dudley, West Midlands, said: ‘He obviously knew I would see that message – he wouldn’t have done it otherwise. We all think it from time to time but you don’t voice it, let alone write it down somewhere.

‘If one of my customers had spent £800 with me, regardless of how I felt about them, I wouldn’t put that on an invoice.’

Aware that the driver already had his name and address, Mr Daniels refused to give his date of birth because he was reluctant to share too much personal information.

He had ordered a carving knife for work which he believes was an age-restricted item.

Mr Daniels added: ‘The guy came up to deliver the stuff and because I was with a customer, I took the boxes off him and dropped them at the side.

‘He interrupted and said ‘what’s your date of birth, mate?’ I said, ‘sorry, I’m not giving you that information’. 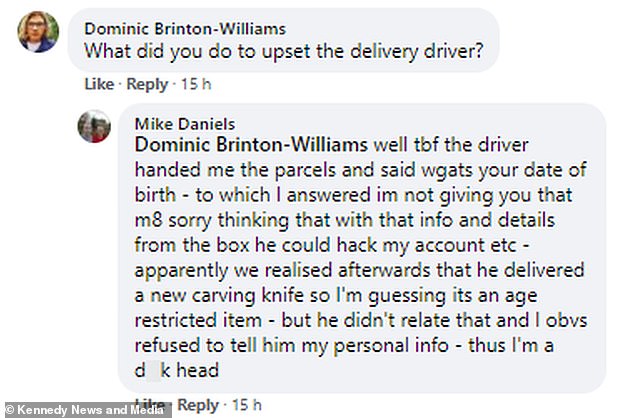 The father-of-three contacted Amazon to complain after spending more than £800 on Christmas presents, but has slammed the online giant for being ‘dismissive’

‘With my date of birth, he could hack my account quite easily and start ordering stuff left. He then asked for my year of birth and I said he wasn’t having that.

‘We see it every day, people being hacked or having money taken out of their account. I’m savvy in that respect.

‘I’m not being funny but I’m 54 years of age – I don’t look like a kid. He could have easily ascertained I’m over 18 years of age.

‘What really got me was Amazon doesn’t seem to be in the remotest bit interested.’

An Amazon spokesperson said: ‘This is unacceptable and does not meet the high standards for our delivery service providers and how they serve our customers.

‘We are taking this matter seriously, and will be ensuring this driver does not work for us again. We have reached out to the customer to make it right.’