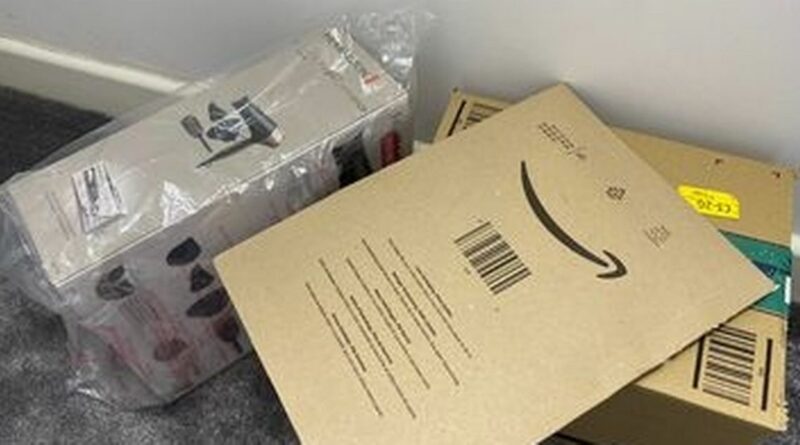 Amazon has hit back at a mum who complained her Christmas was “ruined” by the global online shopping giant because it delivered Christmas gifts in clear packaging.

Tina Booth, 52, had complained that the £41 Remington hairdryer she bought as a gift for her daughter was not concealed upon delivery.

She was expecting it to arrive in the usual brown box packaging Amazon normally delivers in.

And, to make it worse, the daughter – who has not been named – found the box on their front porch where the delivery driver left it.

It was among three deliveries, two of which were in the classic Amazon boxing.

She told StokeonTrent Live: “My daughter is disappointed that she has found out what her Christmas present is from us.

“Two of the packages were in Amazon boxes and one was in a clear plastic bag so it was obvious what it was – it is the company's fault for sending out items in see-through packaging.

“At this time of year, knowing it’s Christmas and knowing things have been going missing off people’s doorsteps, it’s obvious that if something of that value is sitting there it won’t stay there for that long.”

Ms Booth admits to using the quick-swipe option at checkout, which means that you bypass the gift wrapping/packaging option when completing a purchase.

But, she demanded, Amazon should still have given her the option to do so.

She claims to not know that the gift option was a part of the full purchasing options menu, and that she now “double checks” how all future purchases are wrapped.

“They could’ve put all three things in one box and that would’ve solved the problem.”

Ms Booth did go on to say that, due to financial pressures, this was their daughter's only Christmas present.

Amazon did offer Ms Booth an apology and a £40 gesture of goodwill.

A spokesman said: “We offer customers the option to conceal their product at no cost by selecting 'Ship in Amazon Packaging' at the checkout.

“We continually works on behalf of customers to reduce and minimise the amount of packaging materials we use under our frustration-free packaging programme.

“Since 2015, we have reduced the weight of outbound packaging per shipment by 36 per cent and eliminated over one million tons of packaging material, the equivalent of over two billion shipping boxes.

For more breaking news stories from the Daily Star, make sure you sign up to one of our newsletters here.