A TABLET bought for a child's birthday in an Amazon Prime Day deal exploded and caught fire just minutes after it had been taken out of its box, it's been claimed. 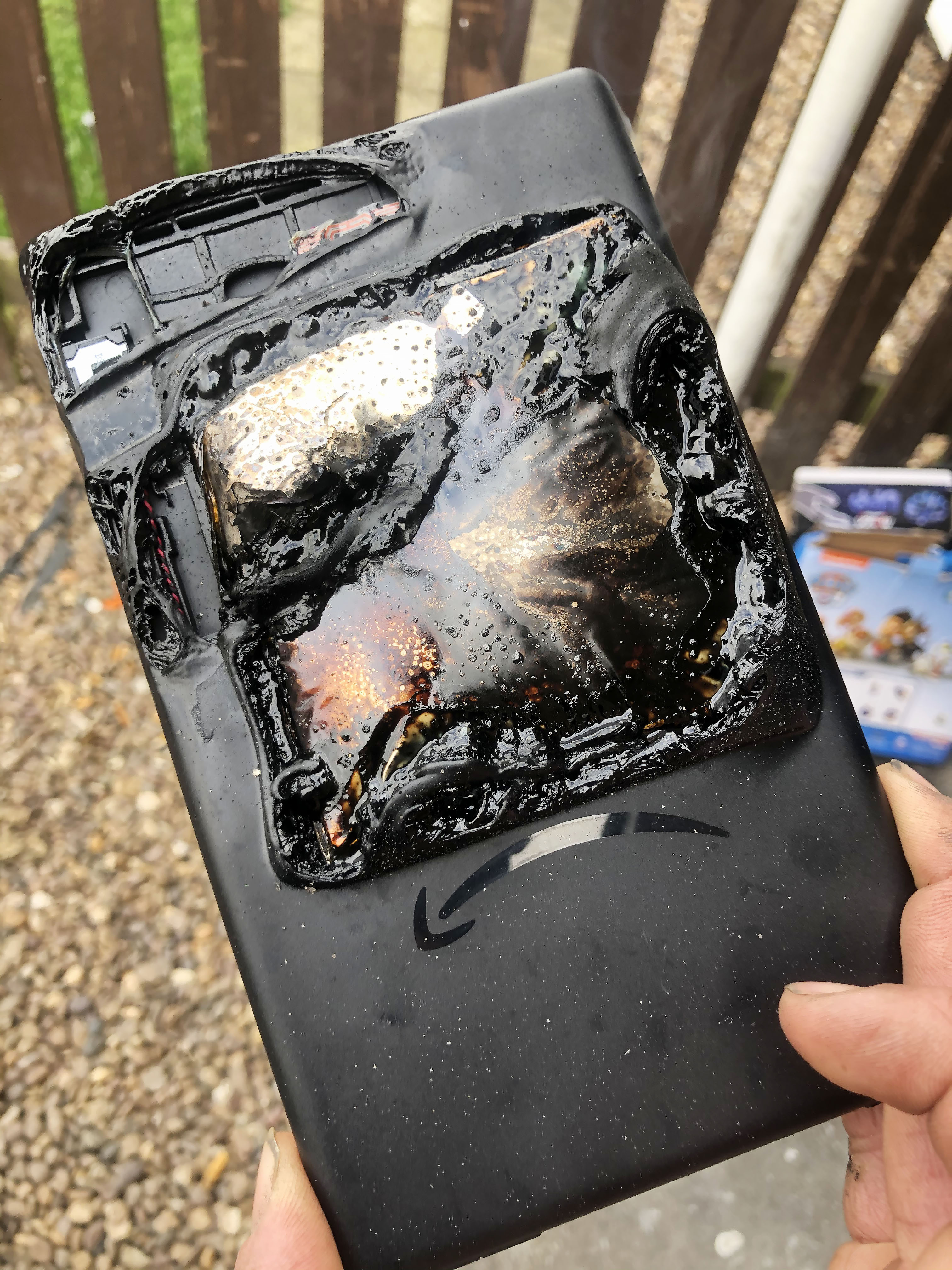 Mum of three Lauren, 30, from Leeds, West Yorkshire, said: “We got it Wednesday or Thursday last week. I took it out the box on Saturday and put it on charge. It started hissing.

“My parter took it off charge and it exploded in his hand. It was hot at first.

“Then it started smoking and acid started leaking out the back and it went up in flames.

“It smoked the whole house out.”

She added: “They have never seen exposions and smoke before. So they were quite scared.

“It burned the lino on the kitchen floor, and the sideboard. We had only just had the floor laid for £180 and I am not sure about the sideboard.”

Jordan, 25, who works for a fabrication company making and installing metal gates, suffered burns to his right hand.

He did not want to go to hospital so was given first aid in the house.

Lauren said: “It would have been a completely different story if one of the children had it.

“If it had happened overnight and could have burned the house down. The back of the tablet literally just exploded.

“We have got a video we have sent to Amazon of it still smoking on the floor.

“If it had been one my children they could have ended up with severe burns.”

She said the device was a replacement for one which sent out earlier this week and it did not work.

She said: “Amazon are taking the pee. They do not care and just pass us from person to person.

“They offered a refund of £26.99 and a ten pound Amazon gift card which is an insult.

“It just want them to take responsibility. The remains of the tablet is still here. We won't be buying another one." 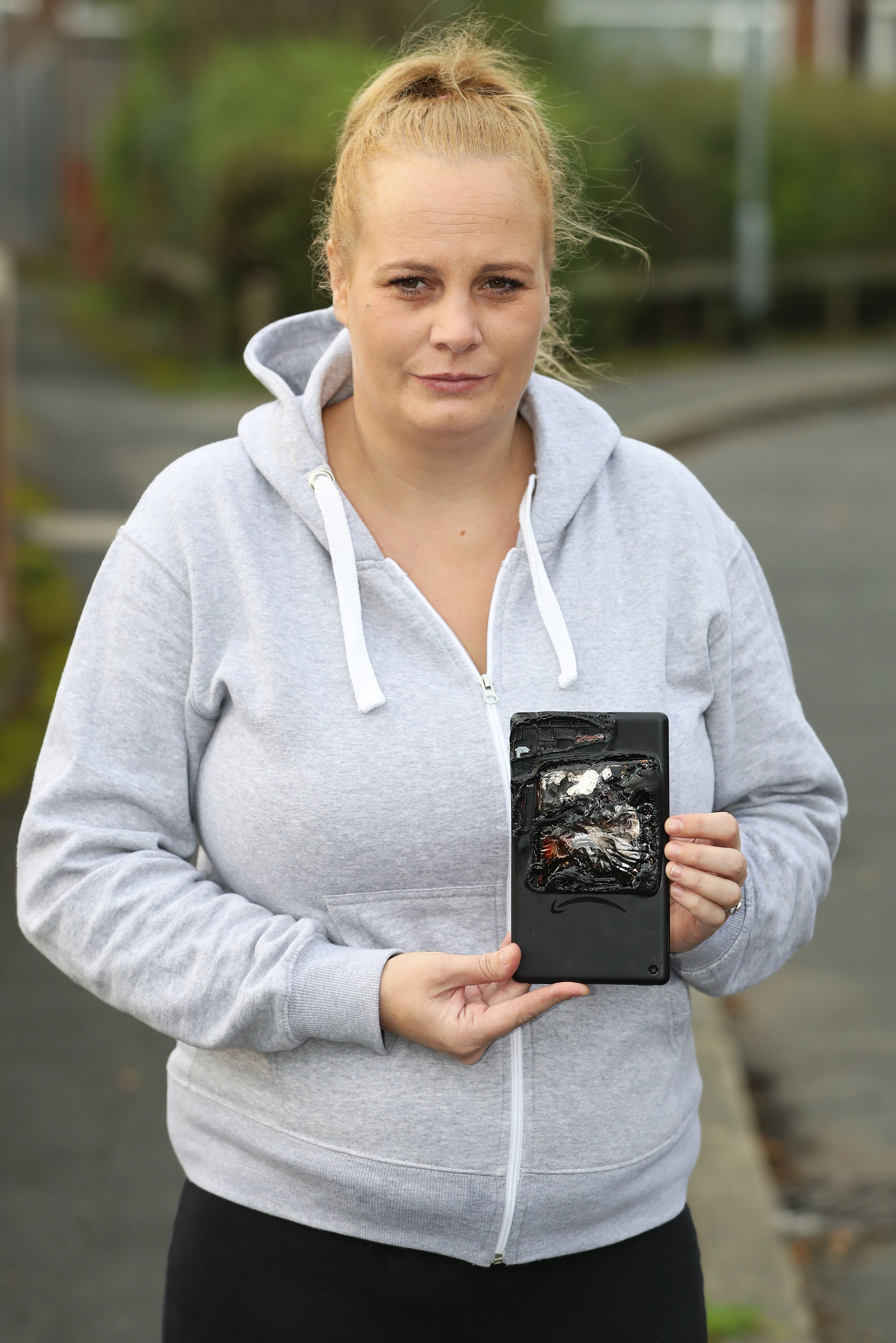 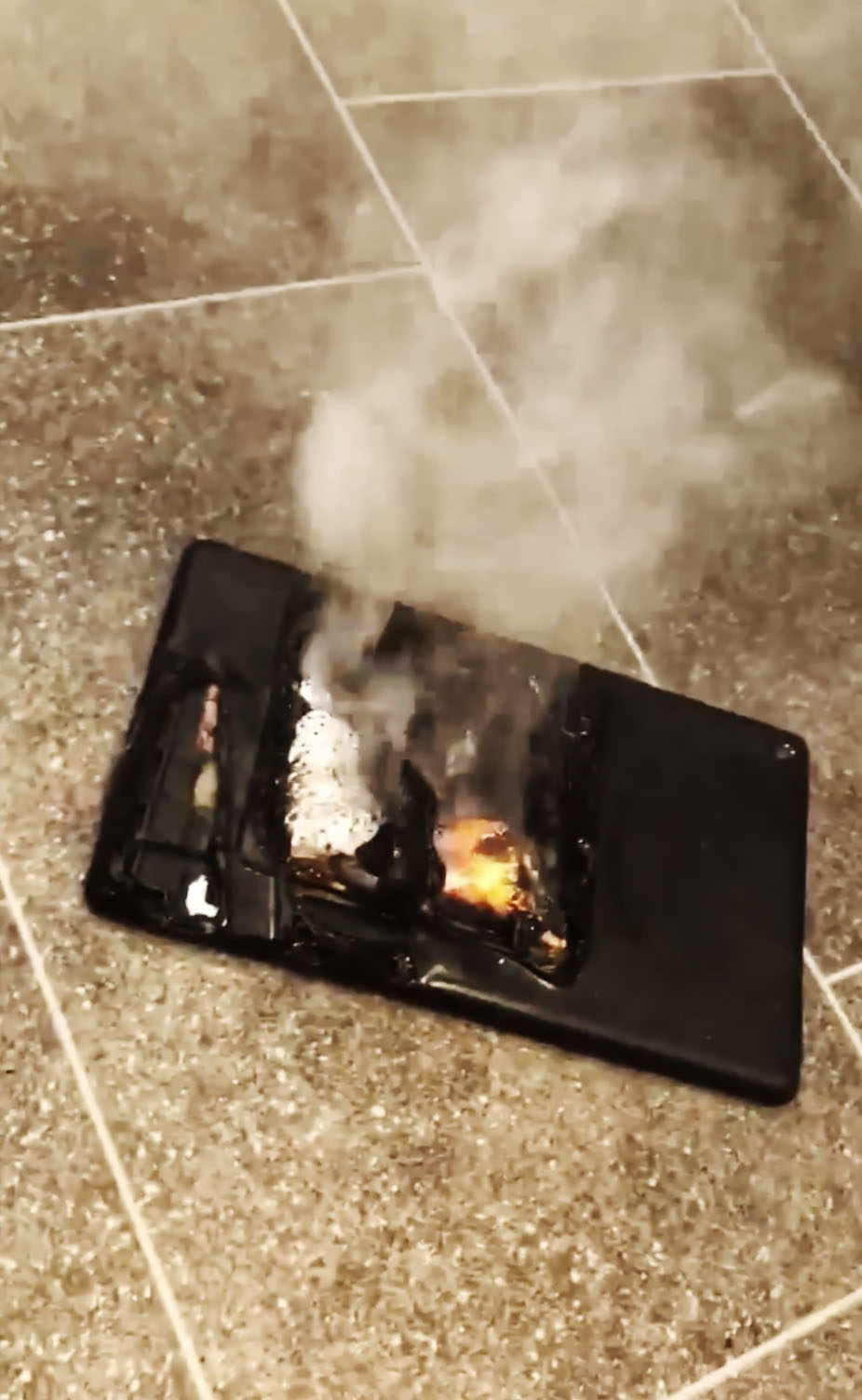