AMBER Heard's sister today dismissed a video claiming to show injuries from her sibling – saying it was from a reality TV show that was trying to make a "really bad storyline".

Whitney Henriquez was filmed being questioned by another woman about an "altercation" as they sat by a pool – told: "I can’t believe Amber beat your ass". 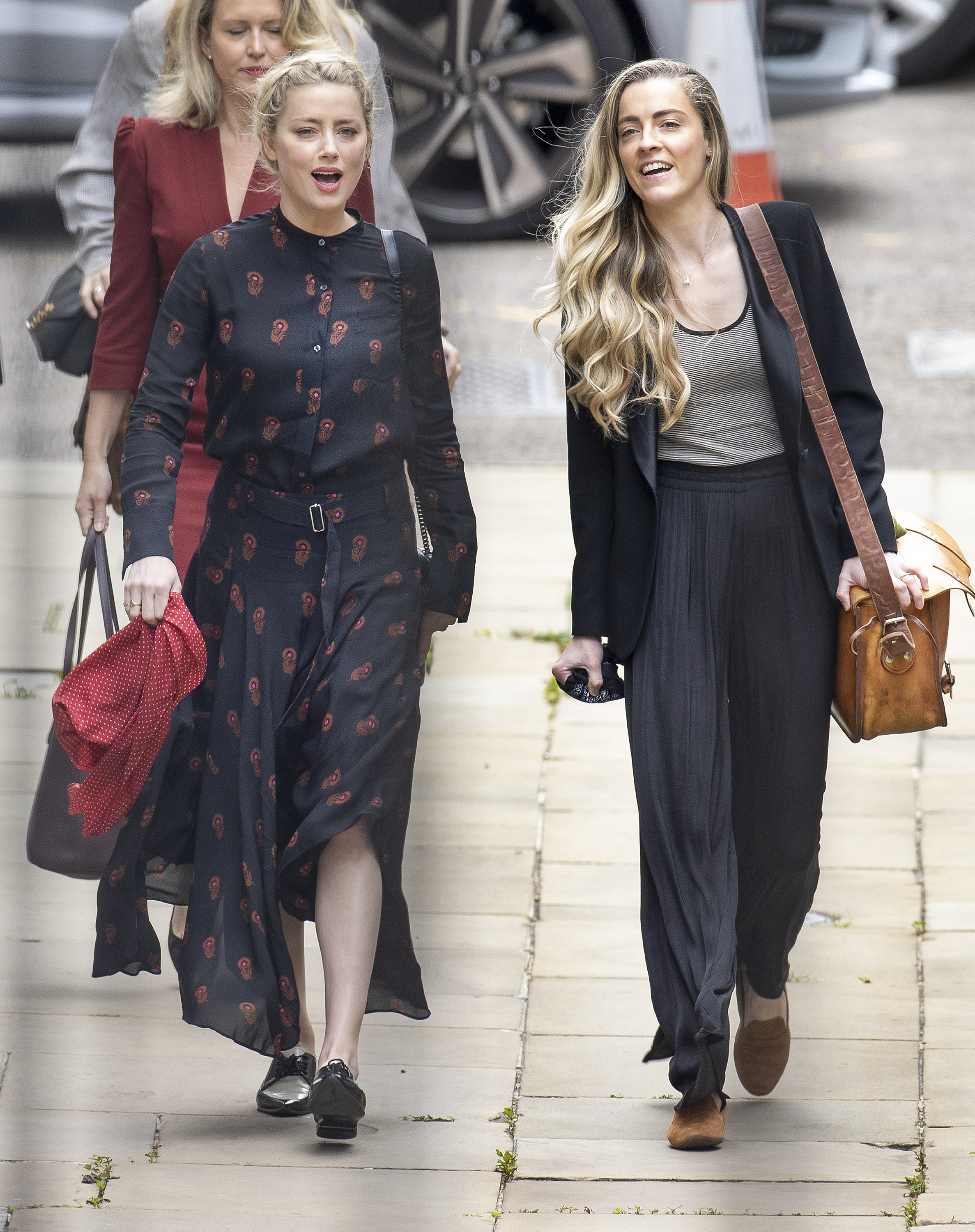 Ms Henriquez had yesterday claimed Johnny Depp almost pushed her down the stairs as he punched the actress multiple times in a rage as part of the High Court trial.

Her sister Amber Heard has claimed Depp abused her throughout their relationship, with her sister witnessing the alleged bust-ups.

But Depp's lawyers today presented a video given to them by an anonymous source that showed Ms Henriquez being questioned about an alleged sister with her sister.

The High Court was shown the video today, with a woman heard saying: "I can't believe Amber beat your ass. I know you could beat her ass."

She later added: "She really did woop your butt."

In the video, Ms Henriquez can be heard saying several times: "I'm not talking about it."

The High Court was today told:

Quizzed in the witness box this afternoon, Heard's sister said the conversation had been filmed for a "really bad reality TV show".

Speaking in the witness box today, she added: "I wanted to shut the conversation down. I had no interest in talking about that on camera."

The footage was presented to the court by Depp's lawyers who have claimed that it was Heard who was abusive during the relationship and not the Pirates of the Caribbean actor. 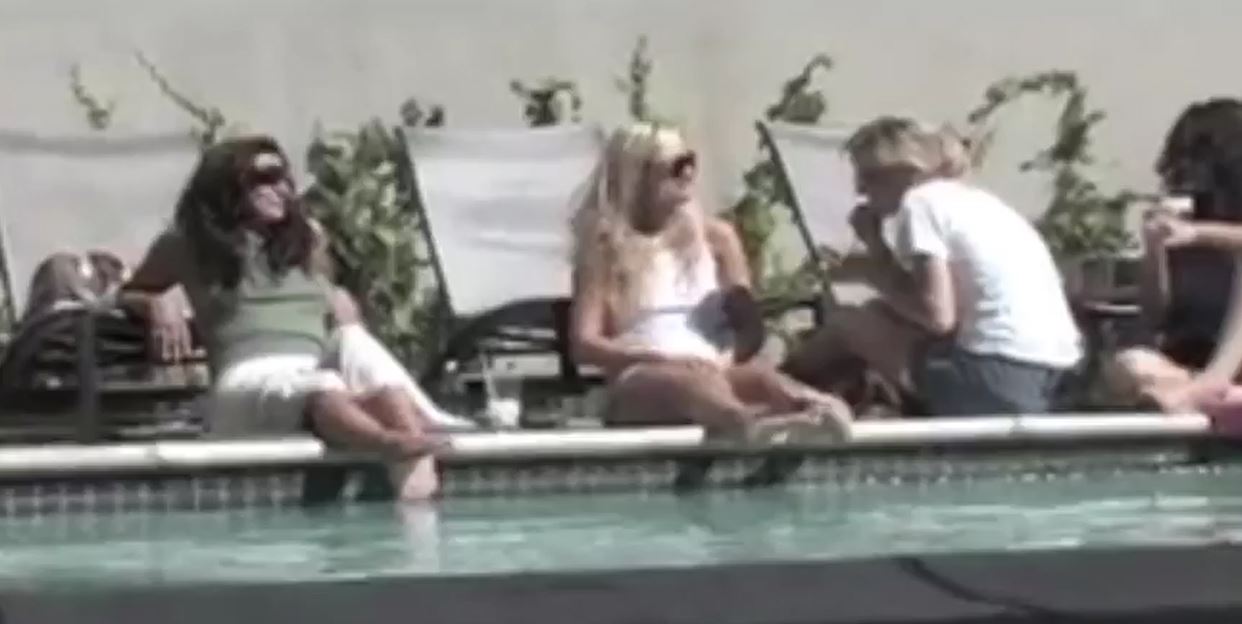 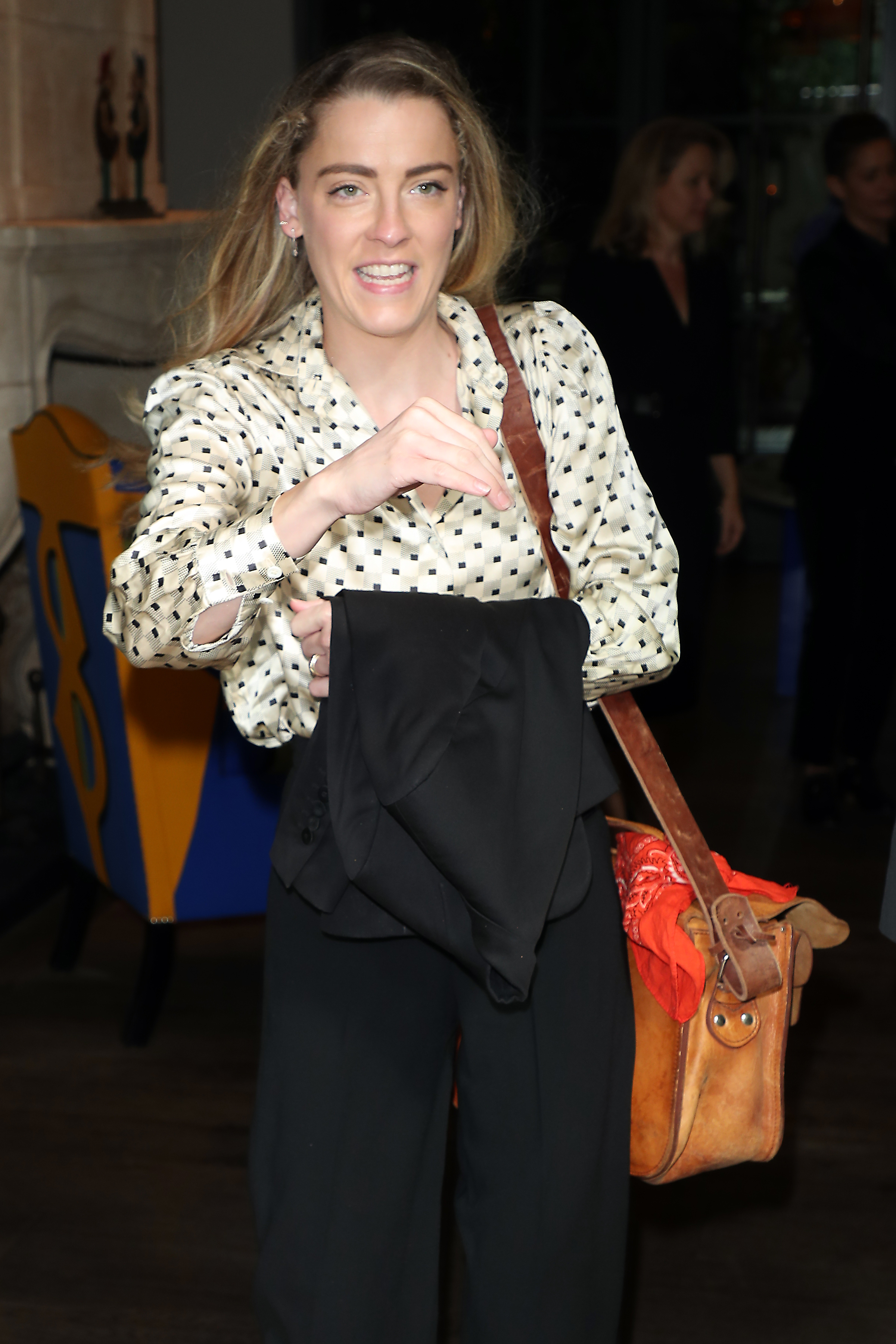 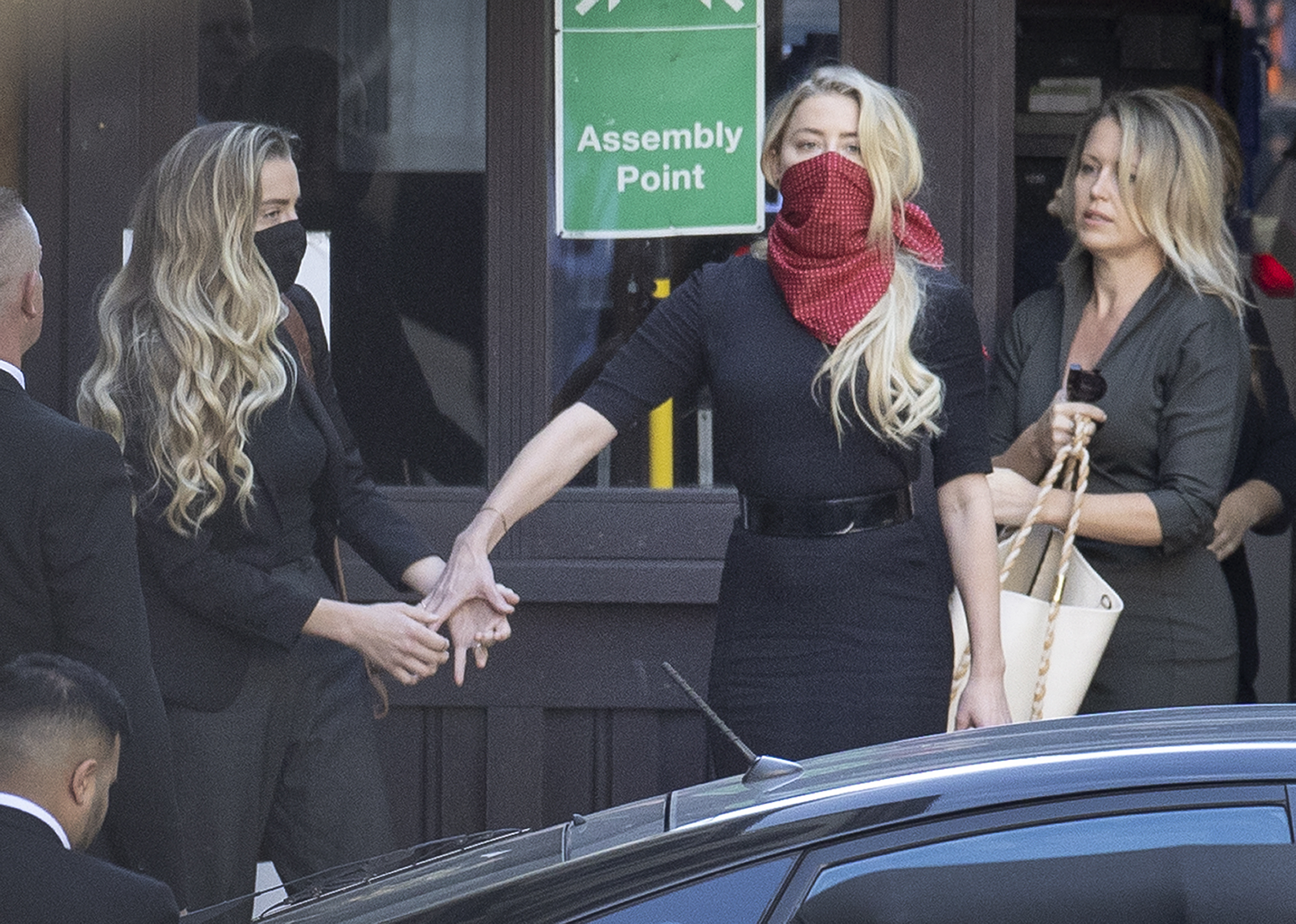 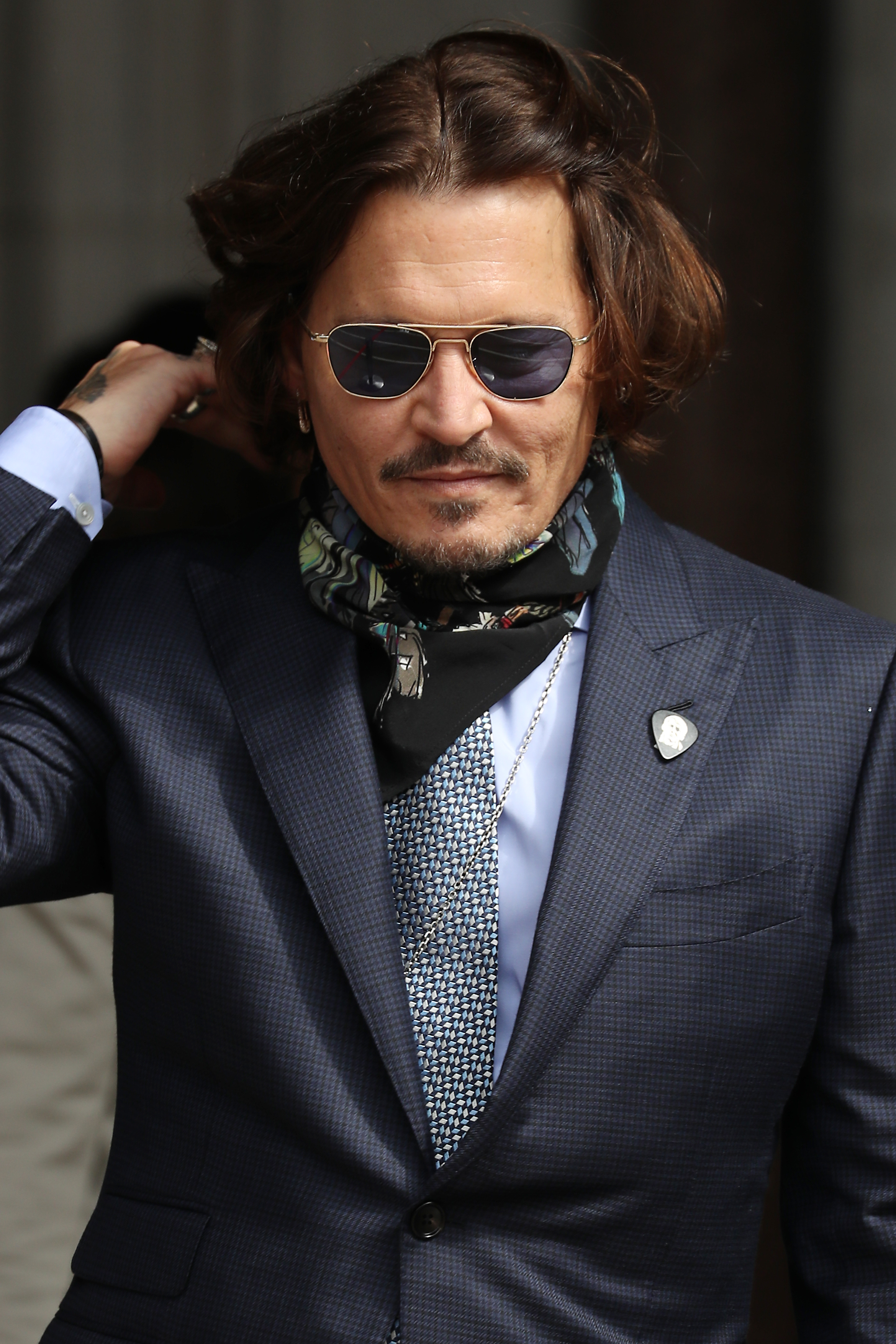 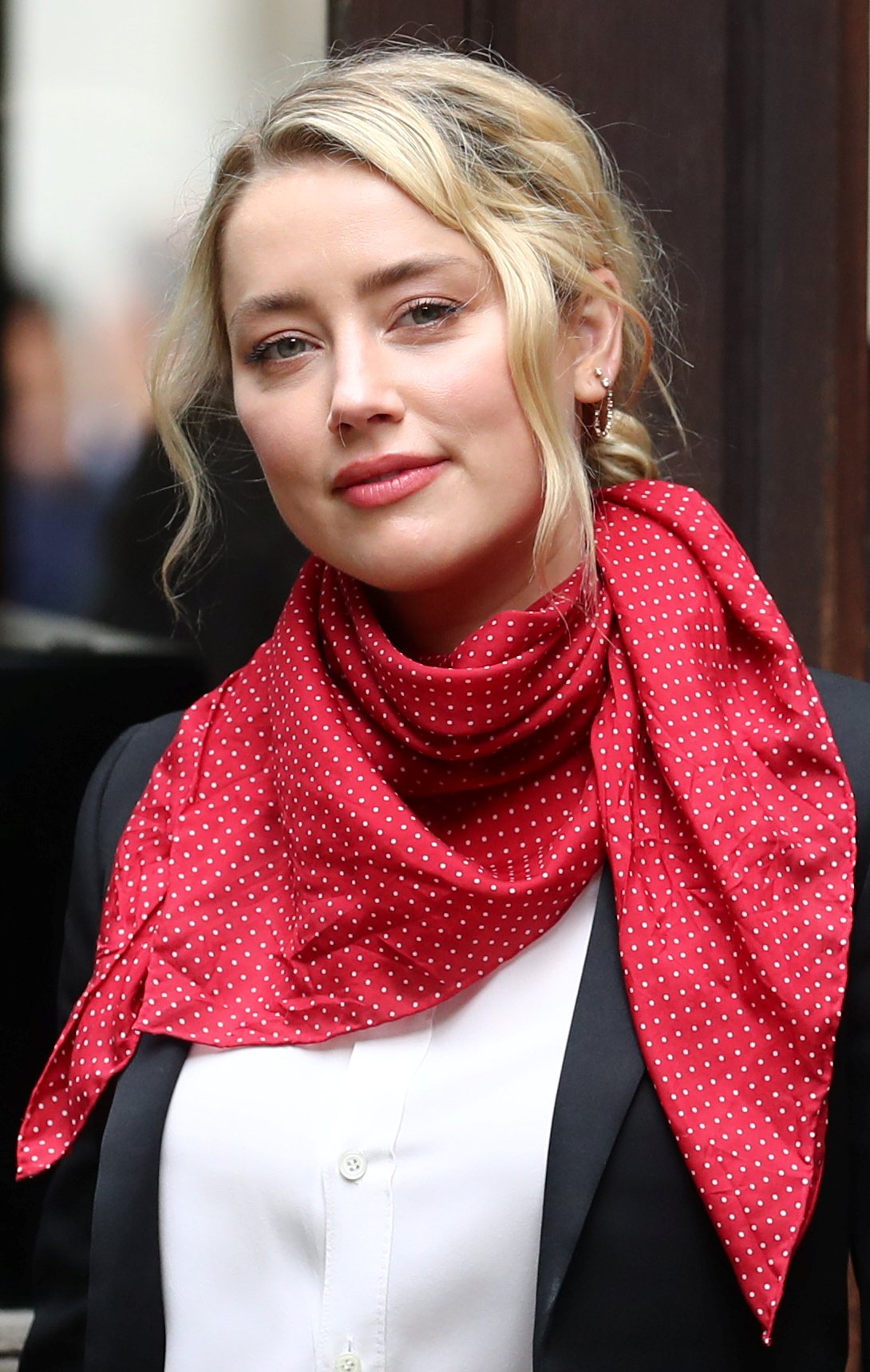 Depp's lawyer David Sherbourne today claimed: "Not only did Amber Heard physically assault her sister, but that the injuries suffered by Whitney are being examined by the women in the video.

"There is no denial that Ms Amber Heard beat up her sister Whitney."

Mr Sherborne added that Ms Henriquez's evidence about the incident in March 2015 is "the only occasion on which any other human being is supposed to have witnessed" Mr Depp being violent towards Ms Heard.

He added: "The reliability of Ms Whitney (Henriquez) is critical."

But adressing Mr Justice Nicol, Sasha Wass QC, for News Group Newspapers, said: "This is an undated piece of film footage in circumstances which appear to be some sort of reality TV programme, which is flippant, certainly not serious.

"Whitney suggests, according to the transcript, that there is an altercation. "When she is asked about whether her sister beat her she says she is not going to talk about it."

She added: "This is a light-hearted exchange, there is no evidence of any injuries and it will take the matter… no further."

Ms Henriquez has supported her sister throughout the trial, attending each day of the lengthy three weeks by her side.

And she today told the court she and Heard had broken up "taught to stay" after seeing their own father struggle with addiction issues.

She added: "I'm here because she [Amber] was a victim of domestic violence and that's the only reason. I'm here to do the right thing."

Heard's younger sister took the stand again this afternoon after the footage emerged after lawyers spent the morning questioning the star's acting coach.

What was said: transcript of footage

Female 1: Did you get into a fight or something?

WH: Got into an altercation.

WH: Already talked about. Won’t talk about it anymore.

Female 1:  I can’t believe Amber beat your ass. I know you could beat her ass.

WH: We‘re not gonna talk about that.

WH: We‘re not gonna talk about that.

Female 1: She really did woop your butt.

WH: Oh we are not talking about it.

Ms Sexton today claimed that she had once tried to ask the actress about her concerns she was allegedly being abused by Depp after Heard was “trying to cover her face” as they spoke.

She said: “She would look away and wouldn’t answer me, so I had a feeling it [the violence] was happening.”

Giving evidence today, she described Heard’s 30th birthday as an “ugly” night after Depp is alleged to have arrived late at the April 2016 celebrations.

Ms Sexton said Depp was slurring and was “clearly inebriated” – stumbling so much that he had to be propped up and that he refused to come down to enjoy the event.

The three week trial has previously been told Depp threw a magnum of champagne at Heard after the birthday celebrations, leaving a note that read “Happy f***ing birthday”.

The actor later told the court he had been delayed after being at a financial meeting where he was told he had lost $650million.

The morning after, cleaners found faeces in the couple’s marital bed with Depp claiming it had been left by Heard.

Depp is accused of turning his “rage and frustration” on Heard when he “failed to control” his drug and alcohol abuse.

The actor “descended into physically destructive behaviour” – causing him to refer to his “drunken and violent persona as ‘the monster'”, it was said.

But in a series of explosive revelations, Depp has branded Heard’s abuse allegations “complete lies”.

The couple married in LA in 2015 after meeting on the set of The Rum Diary.

But they divorced two years later after Heard, who donated her £5.5million settlement to charity, accused Depp of abuse.

If you are affected by domestic abuse, please call the National Domestic Abuse Helpline on 0808 2000 247